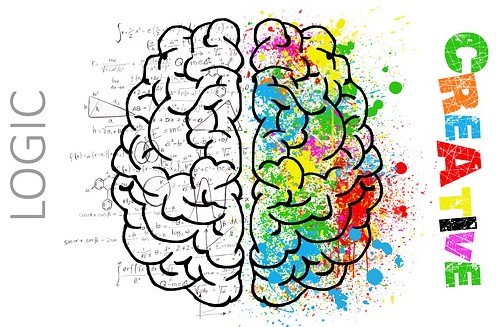 In the late eighteenth century, an Austrian physicist, Franz Joseph Gall, introduced an exciting new science, explaining the human mind and behavior. According to Gall, the shape of an individual’s skull could identify his moral and intellectual qualities.

Named phrenology by his pupil Spurzheim, it was believed that a skilled phrenologist could appraise the moral and intellectual qualities of an individual by inspection of the skull, palpating its surface for characteristic bumps or protuberances and depressions.

By the mid-nineteenth century, every major American city had its Phrenology Institute. Illnesses were diagnosed by head-feelers, and companies had potential employees “read” by a phrenologist before they were taken on. Feeling each others’ bumps was a jolly way to spend a rainy evening, and even Queen Victoria had her children’s heads “read.” Even though its fundamental basis was discredited long before, phrenology continued to be practiced until the 1930s, by which time Americans could even have their head bumps read by an automatic electrical phrenology machine which printed out a report on ticker-tape.

In a tongue-in-the-cheek manner, Kevin Kelm recently introduced a technique of “Phrenotherapy.” The idea of this “bold new discipline,” as its inventor describes it, is to improve people’s personalities by rearranging their headbumps — with a mallet!

Although it is viewed as a pseudoscience today, phrenology had a large following in the nineteenth century. People accepted this scientific pretender because it seemed to explain why man acts the way he does without making him morally responsible.

Phrenology has long been superseded, indeed discredited, and replaced by other neuromyths — a few are listed below:

Neuromyth 1: We use only 10 percent of our brain

While no one is quite sure of the provenance of this myth, it has resulted in a large and burgeoning market in brain-training programs to ‘unlock the potential of your brain’. This is in spite of considerable evidence contrary to the claim and no evidence to support it. Various forms of brain mapping technology (EEG, PET, fMRI) consistently show activity occurring across all areas of the brain. Only in cases of severe brain pathology or brain injury might there be areas where there is no activity. Even when we are asleep, functional magnetic resonance imaging shows that there is activity occurring in our brain.

This notion has been around for a while, and has its basis in the “Mozart effect,” an apparent improvement in performance in spatial tests after people had listened to Mozart. Now it seems that the music itself doesn’t matter.

At the Decade of the Mind symposium in Berlin, Germany, Glenn Schellenberg of the University of Toronto Missisauga in Canada presented a review of various efforts to track down the Mozart effect, including some of his own. His findings suggest there is nothing special about Mozart. “We also found a ‘Schubert effect’ and a ‘Blur effect’ as well as evidence that some people perform better on tests after being read Stephen King if they prefer this over Mozart,” he says. In another study, Schellenberg showed that the creative quality of drawings made by 5-year-old Japanese children improved more after listening to their favorite play songs than to Mozart. Music helps you learn, he concludes, but so do other activities you enjoy.

Music training, however, can have measurable benefits. Schellenberg has showed children performed better in IQ tests after a year of music lessons. Nevertheless, it is wrong to assume that music can improve your overall intelligence, he says, “or musicians should be all-round geniuses.” Schellenberg found no link between music training and success in tests of general intelligence. Instead, his findings suggest that music lessons work — like many other training approaches — by improving executive function, allowing students to utilize their intelligence more effectively..

The evidence for brain lateralization is based not on research into normal brain functioning but on historical research with patients who had their corpus callosum severed through accident or surgery. For these patients, as for current patients with brain injury, lateralization was a symptom of this severe pathology rather than the brain’s preferred and optimal mode of functioning. In normal brains, while there is some degree of localization of function, there is overwhelming evidence of multisensory input and integration of functions drawing on both sides of the brain for almost every daily task. Language and spatial information can even be processed differently, but simultaneously, by the two hemispheres. So intervention that targets one hemisphere over another is difﬁcult if not impossible to achieve, but even if it were possible, by doing so we may prevent learning of all-important ability to integrate hemispheric processing.

Neuromyth 4: Students learn better when the teaching is matched to their learning style

Related to the third myth is the idea that people have dominant sensory learning preferences or different types of intelligences and that students consequently have preferences for particular modes of information presentation. The VAK system, for example, proposes three major sensory modes of learning: visual, auditory and kinesthetic. Each of these sensory preferences is said to contribute to differences in learning styles, supposedly reﬂecting the neural system with which a learner prefers to receive information.

Although individuals may have preferences for the modality through which they receive information — either visual, auditory, or kinesthetic — research has shown that children do not process information more effectively when they are educated according to their preferred learning style. Moreover, there is no brain-based evidence that interventions targeting these styles are successful in enhancing learning.

You are not alone in believing neuromyths…

If you assumed that any of the above neuromyths were true, you are not alone. According to research done by Macdonald et al. the general public believe 68 percent of common neuromyths, educators endorse 56 percent, and even respondents with neuroscience training believe 46 percent.

Macdonald K., et. al. (2017). Dispelling the myth: Training in education or neuroscience decreases but does not eliminate beliefs in neuromyths. Frontiers in Psychology.

Van Dijk, W., & Lane, H.B. (2018). The brain and the US education system: Perpetuation of neuromyths. Exceptionality.