A Grand Entrance for Troy 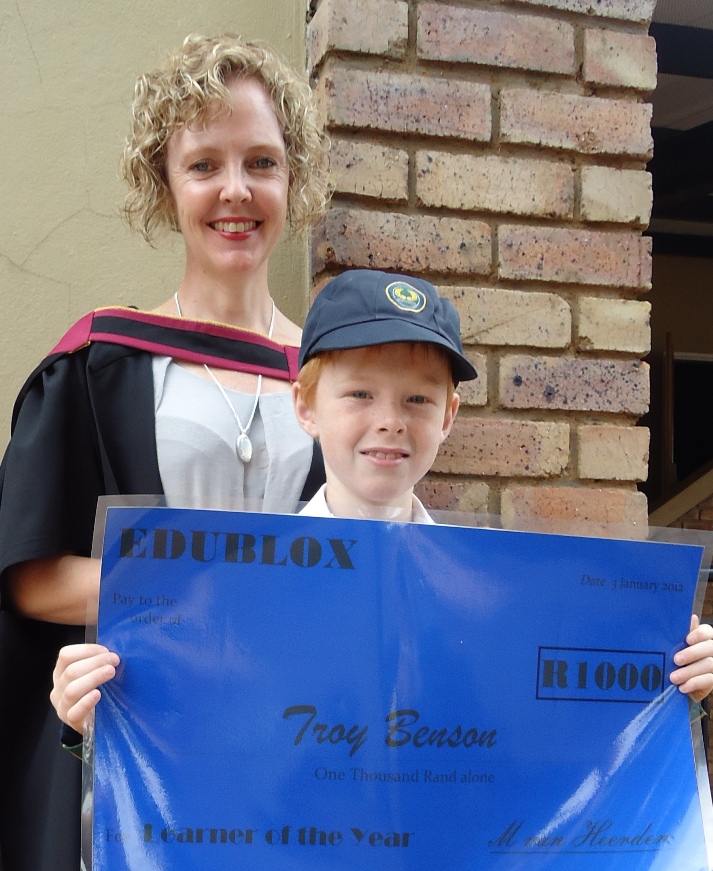 The article below appeared in the Roodepoort Northsider on 16 February 2012:


RADIOKOP – Troy Benson, a Charterhouse Preparatory School pupil, was rewarded with a cheque for R1 000 from Edublox for doing something that he now loves.

Troy never showed an interest in reading. He battled to understand what he was reading, because it took so long for him to work out each individual word. Then Troy enrolled on the Edublox programme.

By the third term of 2011, Troy took to reading the Bible before bed every night, and he comfortably reads out every signboard he sees along the roadside. Troy has moved from the position of needing to repeat a grade, to achieving high results for all reading related topics, as well as spelling and phonics activities.

Edublox launched their first learning clinic as a pilot project in 2007, and have been recognizing pupils who excel in their Learner of the Year awards ever since.

Parents of pupils on the Edublox programme are encouraged to put forward candidates that they feel have shown significant improvement.

The criteria when looking for winners include results achieved at school, progress made, level of effort put in and challenges overcome, such as poor self-image, doubt in their own abilities and a negative attitude towards reading or learning.

“All the pupils who participate are winners,” says Susan du Plessis, Director of Educational Programme at Edublox.

“It is an honour and a privilege to reward these children who work so hard to achieve their goals. Over and above their success at school, and the lifelong foundation of learning skills now created, they also learn that hard work and dedication will bring them success – a wonderful lesson in life,” Du Plessis says.

The four Learner of the Year winners for 2012 are Ameerudeen Kaffoor from Kempton Park, Kyle Christie from Pretoria East, Ongama Duze from Ballito and Troy Benson form the West Rand. Each winner will receive R1 000 in prize money, as well as a certificate of achievement.

Every child that entered will receive a consolation prize of a R50 voucher, sponsored by Roman’s Pizza.