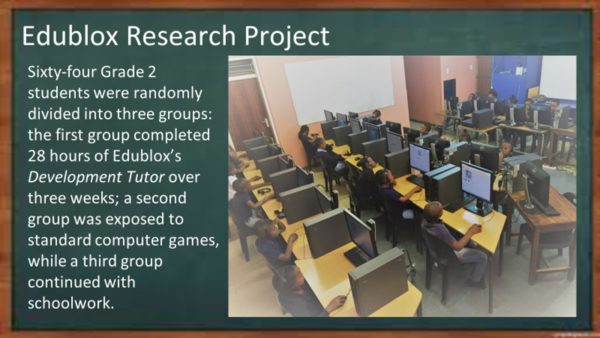 Memory is the process by which knowledge is encoded, stored, and later retrieved. Although the word memory may conjure up an image of a singular, “all-or-none” process, it is clear that there are actually many kinds of memory, each of which may be somewhat independent of the others.

The main categories of memory are short-term memory (or working memory) and long-term memory, based on the amount of time the memory is stored.

When it comes to memory, one’s senses are involved too. Visual memory involves the ability to store and retrieve previously experienced visual sensations and perceptions when the stimuli that originally evoked them, are no longer present. Various researchers have stated that as much as eighty percent of all learning takes place through the eye – with visual memory existing as a crucial aspect of learning. Auditory memory, on the other hand, involves being able to take in information that is presented orally, to process that information, store it in one’s mind and then recall what one has heard. Basically, it involves the skills of attending, listening, processing, storing, and recalling.

The frustration of talking to children where information goes “in one ear and out the other” is common to both teachers and parents. But for children with a poor auditory memory, this statement is pretty close to the truth, and this weakness can have serious consequences in the realm of learning.

If a child struggles with auditory memory, they can find it difficult to follow instructions and pay attention. Because children with auditory memory weaknesses pick up only bits and pieces of what is being said in class, they make sense of only little of what is said by the teacher. Afterwards they are able to recall only a small amount or none of what was said.

Students with auditory memory deficiencies will often experience difficulty developing a good understanding of words, remembering terms and information that have been presented orally, for example, in history and science classes.

A study by Tirosh and Cohen found that auditory short-term memory was significantly related to ADHD and language problems. Riccio and team examined learning and memory in children with Specific Language Impairment (SLI) as compared to 30 normally functioning children on the Children’s Memory Scale. Results indicated that children in the SLI group exhibited significantly lower scores on auditory indices and sub-tests relative to the control group. In contrast, no between-group differences emerged for the visual indices and sub-tests.

Children who have poor auditory memory skills may struggle to recognise sounds and match them to letters – a common symptom of a reading disability or dyslexia.

Research by Plaza et al. found that dyslexic children exhibited a significant deficit in tasks involving auditory memory skills (digit span, unfamiliar word repetition, sentence repetition), compared with their age-mates. Ahissar and team tested dyslexic and non-dyslexic musicians on auditory processing and auditory memory. Dyslexic musicians scored as well as their non-dyslexic counterparts in auditory processing tasks, and better than the general population, but performed much worse on tests of auditory working memory, including memory for rhythm, melody and speech sounds. Moreover, these abilities were intercorrelated, and highly correlated with their reading accuracy, which means that the dyslexic musicians with the poorest auditory working memory tended to have the lowest reading accuracy.

“Auditory memory is probably the most prevalent but most often overlooked learning skill deficiency,” says educational therapist, Addie Cusimano. “Throughout my years of testing, I have found a higher percentage of students with weaknesses in the auditory memory areas than any other learning skill area, even among those students whom we would not classify as learning disabled. In addition, most children who have attention deficit disorders and/or hyperactivity have serious auditory memory deficiencies. These children are desperately in need of remediation in the auditory skill areas.”

Edublox Online Tutor houses a number of multisensory brain-training programs that aims to help learners overcome obstacles and reach their full potential. Edublox’s Development Tutor was launched in 2017 and is designed to enhance cognitive skills such as attention, visual memory, auditory memory and logical thinking. The internationally available online program has been running within the Edublox franchise classes over the course of the last year. Although many parents reported positive results with the game-like program, improvement in auditory memory – and its impact on overall school achievement – had not previously been measured specifically.

A recent collaborative study between Edublox, the University of Pretoria (UP) and a primary school in Pretoria CBD is paving the way to show how Edublox Online Tutor can contribute in the process of developing auditory memory. The study is currently being analysed as a post hoc research project by Naseehat Dawood as part of her master’s degree in research psychology under the guidance of Professor David Maree, former Head of the Department of Psychology at UP.

Sixty-four Grade 2 students were randomly divided into three groups: the first group completed 28 hours of Development Tutor over three weeks; a second group was exposed to standard computer games, while a third group continued with schoolwork. The pre- and post-assessments were conducted by independent speech and language therapists using the Test of Auditory Processing Skills (TAPS-3). Three sub-tests were used to assess auditory memory for numbers, words and sentences. Following the project, Edublox supplied access to Development Tutor to all Grade 2’s to adhere to ethical research practices.

Formal analysis of the data and processing of the results by Ms. Dawood is underway using the SPSS software platform.

Preliminary results show that the auditory memory of the Edublox group improved significantly, especially auditory memory for numbers. The ‘Number Memory Forward’-sub-test is designed to show how well a student can retain simple sequences of auditory information. Number sequences of increasing length are read to the student, who is to repeat them. Testing is discontinued when the student makes three consecutive mistakes.

Previous research on the Edublox programs as a cognitive development intervention has indicated significant improvement in other areas that contribute in the learning process. This includes a 2013 study by Dr. Jaidan Mays, at the time an M.Tech. student at the University of Johannesburg. Using the Test of Visual Perceptual Skills as measure, he found a significant improvement in visual memory – from 6.2 to 7.5 years – following an intensive one-week program of 22.5 hours.

A one-week Edublox program was also presented in Singapore to 27 learners, ages 10 to 12; the control group comprised of 25 students. The results of the pre- and post-tests were analysed by the Centre for Evaluation and Assessment in the Faculty of Education at UP. Results of the study showed a significant improvement in focused attention, which is the ability to selectively concentrate on one aspect of the environment while ignoring other things.

“Edublox is committed to assist children to read, learn, achieve and succeed by improving their cognitive abilities,” says managing director, Henk du Plessis. “We are pleased to add the encouraging research results about auditory memory to our current research archive as further evidence that the cognitive skills exercises in our program are effective tools in helping children achieve academic success.”

“A quasi-experimental control group evaluation of the Edublox implementation in Singapore in June 2014.” Unpublished project. Centre for Evaluation and Assessment, University of Pretoria. Aug 2017.

Cusimano, A. Learning Disabilities: There Is a Cure. Achieve Publications. 2010.