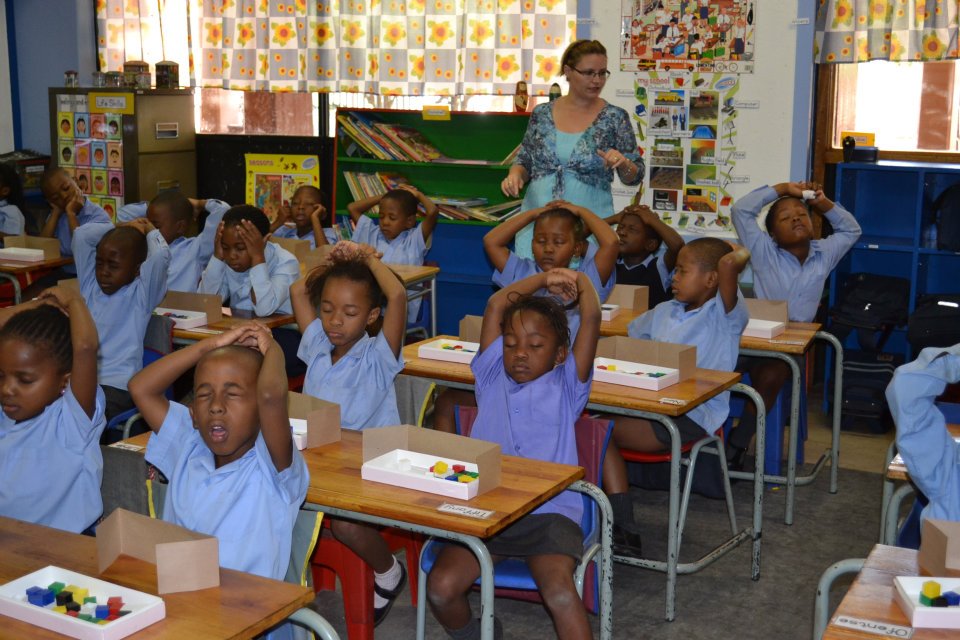 Susan du Plessis, Director of Educational Programs at Edublox reading and learning clinic, believes that ADD/ADHD is something that can be cured or even prevented if certain behaviours are intercepted and brain training takes place from an early age.

Grade 3 learner, Jean Gilau from Pretoria, is a learner who had trouble sitting still, concentrating in class and completing any tasks given to him. Jean was not officially diagnosed with ADHD, but his teacher was adamant that he had this condition. Even though Jean’s parents were told that he would outgrow his ADHD, they faced the immediate challenge of getting their son through school. In desperation Jean’s parents took him out of a mainstream school at the end of 2011 and enrolled him in a private home-schooling school at the beginning of 2012. At the new school, Jean’s teacher encouraged Mrs Gilau to take Jean to Edublox. In February 2012, Jean was enrolled in the Edublox system. Just over a month later, Gilau has seen a significant difference in her son. “There has been a definite change in my son’s behaviour since enrolling him at Edublox,” says Gilau. “For example, he is remembering things that I tell him to do. In the past, for example, I would ask him to ask his father for something but by the time he got to his father he would have forgotten what the instructions were. These days, I can give him a whole list of things to do and he remembers everything!”

“I have seen a definite change in my son’s demeanour; he is a lot more confident and is able to concentrate on tasks at hand and deliver responsibilities on time. His new teacher can’t believe that there was ever a suggestion that he may have ADHD as he no longer displays any of the ADHD behaviours of a few months back,” says Gilau.

At Confidence College in Pretoria CBD, Principal Anelize van Eeden is faced daily with many learners that display ADHD behaviours. “It’s much too easy to pin a child’s behaviour on a specific condition such as ADD or ADHD when they don’t want to sit still, listen or concentrate.

“ADD/ADHD behaviours and symptoms can definitely be reduced with the correct inputs from the school and parents,” believes Van Eeden.

So, what can be done with learners that display ADD or ADHD behaviours? Van Eeden believes that regular teacher and parent contact is critical to discuss the behaviours and possible solutions. “A child’s diet is very important too as a healthy diet plays a key role in how a child behaves. Before labelling a child as having ADD/ADHD, test the child’s hearing and vision as impaired hearing or vision could also impact their behaviour.”

“At Confidence College we try to curb the ADD/ADHD-type behaviours by keeping the classes exciting. Learners can’t be expected to sit still for long periods of time so we bring in different activities and stimuli during their classes. It is important to provide the learners with structure in the classes and to enforce limits and boundaries through reminders and repetition. Praise and approval also play an important role when instilling positive behaviours.

“We are very fortunate to have the assistance of Susan du Plessis from Edublox, who freely gives of her time once a week to help learners who display ADD/ADHD-type behaviours. We have seen a great improvement in their demeanour and attitude towards school and learning. Teachers have indicated that they have seen a vast improvement in the learners’ comprehension tests and the concentration of the children has definitely improved,” Van Eeden notes.

Recent studies support the notion that many children with ADD/ADHD have impairments in cognitive skills, especially working memory. Working memory is the cognitive system responsible for the temporary storage and manipulation of information. For example: to solve an arithmetic problem like (3 X 3) + (4 X 2) in your head, you need to keep the intermediate results in mind (i.e., 3 X 3 = 9) to be able to solve the entire problem. Working memory is necessary when staying focused on a task and blocking out distractions.

Dr Susan Gathercole, a renowned expert from the University of York, calls working memory “the engine of learning” because it has shown to be the primary indicator of academic performance. When this “engine” doesn’t “run smoothly” learners struggle to keep up with their classmates and become inattentive, tend to daydream, and develop bad attitudes. Sometimes they act out and distract other students. Boys in particular become class clowns or troublemakers. They can’t sit still or keep from talking. ADHD is diagnosed two to four times more frequently in boys than in girls.

“The good news is that, with a program like Edublox, cognitive skills can be strengthened and learning challenges can be conquered,” says Du Plessis.

Educational specialist Dr Lee de Lorge in Ohio, USA recently completed an 18-month study on an Edublox program. There were 67 students between the ages of five and 18 who participated. The disabilities of the participants consisted of ADD/ADHD, dyslexia, dyscalculia, and non-specific learning disabilities. The results indicated that 94% of the students showed significant growth and improvement through the use of the program. 35 of the 67 students had ADD or ADHD and showed a combined increase of 52,45% — from a 37,24% pre-test average to a 89,96% post-test average.

“Originally I had some concerns that the program was more about repetition and not multi-sensory. I was more than pleasantly surprised that it is very multi-sensory and believe that the visual processing/working memory aspect connected to this multi-sensory program is its strength,” De Lorge stated.