Cognitive Development Is Not an Automatic Process 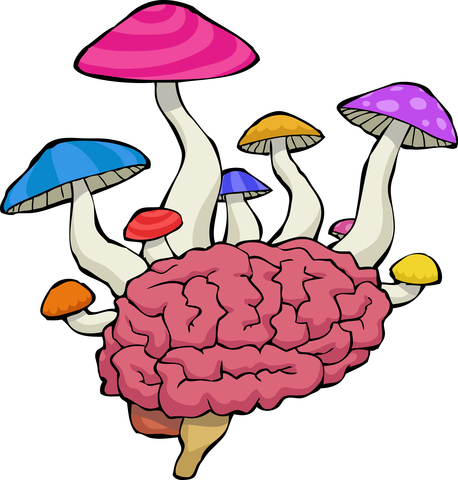 Cognitive development focuses on how children learn and process information. It is the development of the thinking and organising systems of the mind. It involves language, mental imagery, thinking, reasoning, problem solving, and memory development.

By general consensus, Jean Piaget stands as the central theorist in contemporary child study. He developed a whole field of cognitive development, observed regularities in children’s performances that no one has noted before him. His theory concerns how the child thinks, how thinking changes from infancy to adolescence, and how the changes reflect an interesting series of structured stages.

Although Piaget set clear stages of cognitive development, which continues to be useful to contemporary child educators, he omitted to say that cognitive development is not an automatic process. The fact is that the child will not reach any of these stages without proper education. Contrary to the animal, the human being only knows, and can only do, what he/she has learned. This fundamental principle is confirmed by studies that compared children who were raised in an enriched learning environment and children who were raised in a deprived learning environment. This principle is further confirmed by stories of feral children.

Experiment at the Glenwood State School

A particularly interesting project on early learning involved 25 children in an orphanage. These children were seriously environmentally deprived because the orphanage was crowded and understaffed. Thirteen babies of the average age of 19 months were transferred to the Glenwood State School for retarded adult women and each baby was put in the personal care of a woman. Skeels, who conducted the experiment, deliberately chose the most deficient of the orphans to be placed in the Glenwood School. Their average IQ was 64, while the average IQ of the 12 who stayed behind in the orphanage was 87.

In the Glenwood State School the children were placed in open, active wards with the older and relatively brighter women. Their substitute mothers overwhelmed them with love and cuddling. Toys were available, they were taken on outings and they were talked to a lot. The women were taught how to teach the babies and how to elicit language from them.

After 18 months, the dramatic findings were that the children who had been placed with substitute mothers, and had therefore received additional teaching, on average showed an increase of 29 IQ points! A follow-up study was conducted two and a half years later. Eleven of the 13 children originally transferred to the Glenwood home had been adopted and their average IQ was now 101. The two children who had not been adopted were reinstitutionalized and lost their initial gain. The control group, the 12 children who had not been transferred to Glenwood, had remained in institution wards and now had an average IQ of 66 (an average decrease of 21 points).

More telling than the increase or decrease in IQ, however, is the difference in the quality of life these two groups enjoyed. When these children reached young adulthood, another follow-up study brought the following to light: “The experimental group had become productive, functioning adults, while the control group, for the most part, had been institutionalized as mentally retarded.”

Feral children and what we learn from them

Probably the best-known story of feral children is that of the two girls, Amala and Kamala, who were raised by a she-wolf. In 1920 the reverend J. A. L. Singh saw a mother wolf and cubs, two of which had long, matted hair and looked human. After considerable preparation and difficulties, the two human creatures were captured. They turned out to be two girls whose ages were assessed by Singh at about eight years and one and a half years respectively.

The creatures were taken to an orphanage in Mindapore, India, where the Reverend and his wife were stationed. Singh described them as “wolfish” in appearance and behaviour. They walked on all fours and had calluses on their knees and palms from doing so.

They were fond of raw meat and stole it when the occasion presented itself. They licked all liquids with their tongues and ate their food in a crouched position. Their tongues permanently hung out of their thick, red lips, and they panted just like wolves. They never slept after midnight and prowled and howled at night. They could move very fast, just like squirrels, and it was difficult to overtake them. They shunned human society altogether. If approached, they made faces and sometimes bared their teeth. Their hearing was very acute and they could smell meat at a great distance. Furthermore, while they could not see well during the day, they could orientate themselves very well at night. In September 1921 both girls became ill, and Amala, the younger, died.

There are many other stories of feral children in the literature, among others the story of a boy who lived in Syria, who ate grass and could leap like an antelope, as well as of a girl, who lived in the forests in Indonesia for six years after she had fallen into a river. She walked like an ape and her teeth were as sharp as a razor.

These stories do far more than just to confirm the important role of education. They actually show that a human being not only can but must be educated to become a human being at all. A bear does not have to learn to be a bear; he simply is one. A duck needs no lessons in duckmanship. And an ant leads a perfectly satisfactory life without any instruction from other ants. Even when isolated from birth, animals usually retain clearly recognizable instincts. A cat that is raised among dogs, will still behave like a cat. He won’t try to bite the postman. There are only a few exceptions, such as the lion cub, which would not be able to hunt the wildebeest when raised in isolation.

Man, however, enters this world very poorly equipped. The knowledge a child needs to become fully human is not dormant. Everything the child eventually knows, or can do, must be learned. This of course excludes natural body functions, such as breathing, as well as the reflexes, for example the involuntary closing of the eye when an object approaches it. Everything else, however, must be learned.

Therefore, whenever you encounter the term “cognitive development,” always keep in mind that it is not an automatic process.