Study: Cognitive Skills and their Impact on Academic Achievement 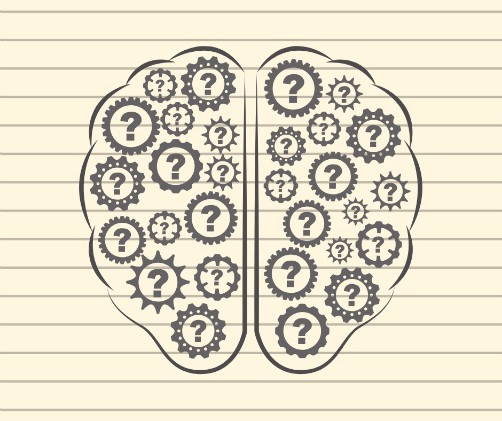 What are cognitive skills?

The word “cognition” is defined as “the act or process of knowing”. Cognitive skills therefore refer to those skills that make it possible for us to know. They have more to do with the mechanisms of how we learn, rather than with any actual knowledge. Cognitive skills include perception, attention, memory and logical reasoning.

Sensation is the pickup of information by our sensory receptors, for example the eyes, ears, skin, nostrils, and tongue. In vision, sensation occurs as rays of light are collected by the two eyes and focused on the retina. In hearing, sensation occurs as waves of pulsating air are collected by the outer ear and transmitted through the bones of the middle ear to the cochlear nerve.

Perception, on the other hand, is the interpretation of what is sensed. The physical events transmitted to the retina may be interpreted as a particular colour, pattern, or shape. The physical events picked up by the ear may be interpreted as musical sounds, a human voice, noise, and so forth. In essence then, perception means interpretation. Visual perception refers to the brain’s ability to make sense of what the eyes see, while auditory perception is the ability to identify, interpret, and attach meaning to sound. Lack of experience may cause a person to misinterpret what he has seen or heard. In other words, perception represents our apprehension of a present situation in terms of our past experiences, or, as stated by the philosopher Immanuel Kant in Critique of Pure Reason (1781): “We see things not as they are but as we are.”

The process of perception is very much affected by attention, a phenomenon that involves filtering of incoming stimuli. Human beings do not pay attention to everything in their environments; nor do they attend to all the stimuli impinging on their sense organs. Rather than becoming overwhelmed by the enormous complexity of the physical world, we attend to some stimuli and do not notice others. William James (1842-1910) recognised the importance of attention very early. “A thing may be present to a man a hundred times, but if he persistently fails to notice it, it cannot be said to enter his experience,” he wrote in his book Psychology: The Briefer Course.

Memory is the process by which knowledge is encoded, stored, and later retrieved. Although the word memory may conjure up an image of a singular, “all-or-none” process, it is clear that there are actually many kinds of memory, each of which may be somewhat independent of the others.

The main categories of memory are short-term memory (or working memory) and long-term memory, based on the amount of time the memory is stored.

When it comes to memory, one’s senses are involved too. Visual memory involves the ability to store and retrieve previously experienced visual sensations and perceptions when the stimuli that originally evoked them, are no longer present. Various researchers have stated that as much as eighty percent of all learning takes place through the eye – with visual memory existing as a crucial aspect of learning. Auditory memory, on the other hand, involves being able to take in information that is presented orally, to process that information, store it in one’s mind and then recall what one has heard. Basically, it involves the skills of attending, listening, processing, storing, and recalling. Sequential memory requires items to be recalled in a specific order. In saying the days of the week, months of the year, a telephone number, the alphabet, and in counting, the order of the elements is of paramount importance. Visual sequential memory is the ability to remember things seen in sequence, while auditory sequential memory is the ability to remember things heard in sequence.

Sensory memory is the shortest-term element of memory. It is the ability to retain impressions of sensory information after the original stimuli have ended. It acts as a kind of buffer for stimuli received through the five senses of sight, hearing, smell, taste and touch, which are retained accurately, but very briefly. For example, the ability to look at something and remember what it looked like with just a second of observation is an example of sensory memory. The sensory memory for visual stimuli is sometimes known as the iconic memory, the memory for aural stimuli is known as the echoic memory, and that for touch as the haptic memory.

Logical reasoning is the process of using a rational, systematic series of steps based on sound mathematical procedures and given statements to arrive at a conclusion.

In logic, there are two broad methods of reaching a conclusion, deductive reasoning and inductive reasoning. Deduction begins with a broad truth (the major premise), such as the statement that all men are mortal. This is followed by the minor premise, a more specific statement, such as that Socrates is a man. A conclusion follows: Socrates is mortal. If the major premise is true and the minor premise is true, the conclusion cannot be false.

In inductive reasoning broad conclusions are drawn from specific observations; data leads to conclusions. If the data shows a tangible pattern, it will support a hypothesis. For example, having seen ten white swans, we could use inductive reasoning to conclude that all swans are white. This hypothesis is easier to disprove than to prove, and the premises are not necessarily true, but they are true given the existing evidence and given that one cannot find a situation in which it is not true.

EOT uses colours placed in sequences to develop inductive reasoning skills. The student will, for example, have to add four colours to complete the sequence below:

The importance of strong cognitive skills

Research has confirmed that auditory memory plays a crucial role in literacy: it is one area of auditory processing that directly impacts reading, spelling, writing and maths skills. Kurdek and team measured auditory memory in kindergarteners and found readiness in auditory memory predicted later reading achievement as well as mathematics achievement in fourth grade.

Children who have poor auditory memory skills may struggle to recognise sounds and match them to letters – a common symptom of a reading disability or dyslexia.

Research has also confirmed that visual memory, often considered to be a subset of visual perception rather than a separate skill, plays a crucial role in literacy, especially maths.

An investigation of the relation between visual memory and academics was performed in 155 second- through fourth-grade children; the results were published in the journal Optometry and Vision Science. Visual memory ability was assessed with the Test of Visual Perceptual Skills visual memory subtest. The school administered the Otis-Lennon School Ability Test and Stanford Achievement Test. Age and verbal ability were controlled in all regression analyses. The researchers concluded that poor visual memory ability is significantly related to below-average reading decoding, maths, and overall academic achievement (as measured by the Stanford Achievement Test) in second- through fourth-grade children.

Thirty-six 9‐year‐old children were given a test of image persistence in visual sensory (iconic) memory, and the Neale Analysis of Reading Ability. In the iconic memory test the subjects viewed a white disc in a tachistoscope and were required to state whether or not the disc disappeared for a short interval which ranged from 10 ms to 800 ms. The shortest disappearance perceived was taken as a measure of icon persistence. The reading test gave scores for fluency, accuracy and comprehension. All three measures of reading performance were found to be significantly related to icon persistence. Short and long image persistence resulted in a reading age on the accuracy score that was on average 1.75 years below that for moderate persistence.

Edublox, which started life in 1979 as a school readiness program with only three cognitive exercises, has since been tried and tested by more than 150,000 children and even adults in approximately 40 countries through home-based kits and programs, as well as learning clinics. Although the developers caution that the Edublox system requires long-term use, Edublox programs have shown improvement in cognitive skills over a short period of time.

A one-week Edublox program was presented in Singapore to 27 learners, ages 10 to 12; the control group comprised of 25 students. The results of the pre- and post-tests were analysed by the Centre for Evaluation and Assessment in the Faculty of Education at UP. Results of the study showed a significant improvement in focused attention.

A 2013 study by Dr Jaidan Mays, at the time an M.Tech. student at the University of Johannesburg, found a significant improvement in visual memory – from 6.2 to 7.5 years following an intensive one-week Edublox program of 22.5 hours. Visual memory ability was assessed with the Test of Visual Perceptual Skills visual memory subtest.

Preliminary results of a post hoc research study at the University of Pretoria (UP) by Naseehat Dawood as part of her master’s degree in research psychology under the guidance of Professor David Maree, former Head of the Department of Psychology at UP, show that EOT improves auditory memory. Sixty-four Grade 2 students of an inner-city school in Pretoria were randomly divided into three groups: the first group completed 28 hours of EOT’s Development Tutor over three weeks; a second group was exposed to standard computer games, while a third group continued with schoolwork. The pre- and post-assessments were conducted by independent speech and language therapists using the Test of Auditory Processing Skills (TAPS-3).

The auditory memory of the Edublox group improved significantly, especially auditory memory for numbers. The ‘Number Memory Forward’-subtest is designed to show how well a student can retain simple sequences of auditory information. Number sequences of increasing length are read to the student, who is to repeat them. Testing is discontinued when the student makes three consecutive mistakes.

Academic grades in South African schools are scaled from 1-7, 7 being “outstanding achievement” and 1 being “not achieved”.

.
The 64 students’ Term 4 consolidated academic grades were used in this study, which is a score that combines a student’s academic achievement of all four school terms. The academic grades of the four subjects, English language, second language (in this case Afrikaans), maths and life skills were added together to derive at a Total Academic Score.
.

The students’ scores on the Visual Sequential Memory subtest correlated significantly with their maths grades (0.01 level) and their scores on the Logical Thinking subtest with their English language grades (0.05 level), while the Eye Span subtest that assesses iconic memory did not correlate with any school subject.

This study confirms the importance of strong cognitive skills for academic achievement; the cognitive skill with the strongest correlation was auditory memory, which correlated significantly with language and maths, as well as total academic grades.

The Eye-span subtest, which measures iconic memory, most likely did not correlate with any school subject as iconic memory is a cognitive skill required mainly for reading, and none of the school subjects rely exclusively on reading. English language grades, for example, are also dependent on spelling, writing, handwriting and oral ability. The same type of reasoning probably applies to the Visual Sequential Memory subtest, which correlated with maths grades but not with English language as a whole.

The Logical Thinking subtest correlated with the students’ English language scores, but not with their maths scores. We predict that a correlation between this subtest and maths scores will become more and more apparent in the higher school levels, as stronger and stronger problem-solving abilities become a growing requirement over and above basic mathematical skills and knowledge. More research, however, will be required to confirm this theory.

“A quasi-experimental control group evaluation of the Edublox implementation in Singapore in June 2014.” Unpublished project. Centre for Evaluation and Assessment, University of Pretoria. August 2017.