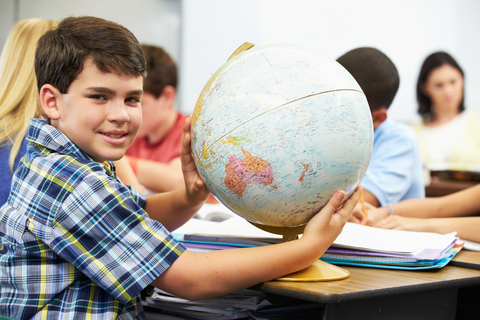 Research has shown that cognitive skil

Many children become frustrated and find schoolwork difficult because they do not have the cognitive skills required to process information properly. Many employees find themselves stuck in dead-end jobs that do not tap into their true vocational potential due to weak cognitive skills. In the later years of life, a lack of cognitive skills — poor concentration, the inability to focus, and memory loss — is a common problem that accompanies us.

The following cognitive skills are the most important:

Concentration is the ability to focus the attention on one single thought or subject, excluding everything else from the field of awareness. It is one of the most important abilities one should possess, as nothing great can be achieved without it.

Improving the ability to concentrate allows a person to avoid the problems, embarrassment, and difficulties that occur when the mind wanders. Better concentration makes studying easier and speeds up comprehension. It enables one to take advantage of the social and business opportunities that arise when individuals are fully attuned to the world around them. It helps one to focus on one’s goals and achieve them more easily.

Sensation is the pickup of information by our sensory receptors, for example the eyes, ears, skin, nostrils, and tongue. In vision, sensation occurs as rays of light are collected by the two eyes and focused on the retina. In hearing, sensation occurs as waves of pulsating air are collected by the outer ear and transmitted through the bones of the middle ear to the cochlear nerve.

Lack of experience may cause a person to misinterpret what he has sensed. In other words, perception represents our apprehension of a present situation in terms of our past experiences, or, as stated by the philosopher Immanuel Kant (1724-1804): “We see things not as they are but as we are.”

A classic example of a deficit in visual perception is the child who confuses letters such as b, d, p and q. Many adults find their reading speed to be inadequate as a result of underlying perceptual deficits.

By improving accuracy and speed of perception, one is able to absorb and process information accurately and quickly. Reading speed will also improve and reading problems can be overcome.

Memory is probably the most important of all cognitive functions.

Roughly speaking, the sensory register concerns memories that last no more than about a second or two. If a line of print were flashed at you very rapidly, say, for one-tenth of a second, all the letters you can visualise for a brief moment after that presentation constitute the sensory register.

Long-term memory is the ability to store information and later retrieve it, and lasts from a minute or so to weeks or even years. From long-term memory you can recall general information about the world that you learned on previous occasions, memory for specific past experiences, specific rules previously learned, and the like.

Research has shown that, on average, within 24 hours one forgets 80% of what one has learned. By improving long-term memory schoolchildren and students are able to store and retrieve information more effectively.

Logical thinking is a learned process in which one uses reasoning consistently to arrive at a conclusion. Problems or situations that involve logical thinking call for structure, for relationships between facts, and for chains of reasoning that “make sense.”

According to Dr Albrecht, author of Brain Building, the basis of all logical thinking is sequential thought. This process involves taking the important ideas, facts, and conclusions involved in a problem and arranging them in a chain-like progression that takes on a meaning in and of itself. To think logically is to think in steps.

The ability to think logically allows a person to reject quick and easy answers, such as “I don’t know,” or “this is too difficult,” by empowering him to delve deeper into his thinking processes and understand better the methods used to arrive at a solution. It has been shown that training in logical thinking processes makes a person brighter.