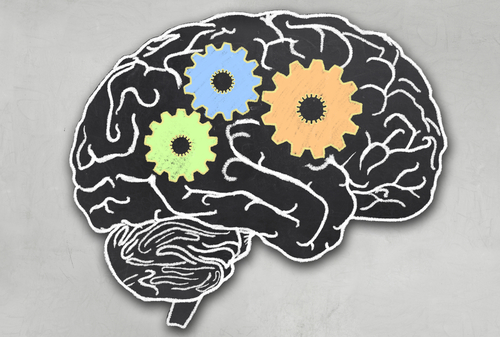 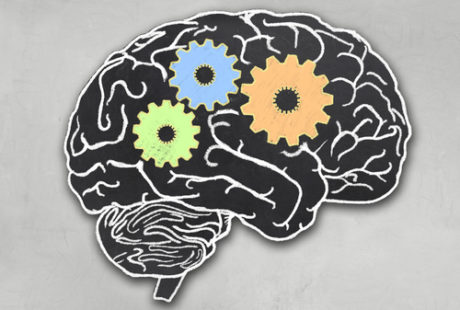 Researchers have surveyed educators, the public and people who have completed neuroscience courses, to assess their belief in neuromyths. Neuromyths are common misconceptions about brain research, many of which relate to learning and education. They found that belief in neuromyths is extremely common and that training in education and neuroscience helped to reduce these beliefs, but did not eliminate them.

Would you rate the following statement as ‘True’ or ‘False’? “A common sign of dyslexia is seeing letters backwards.” If you chose ‘True’ then you are in good company — 76% of the public, 59% of educators and 50% of people who have completed neuroscience courses agree with you. The problem is, the statement is false. It’s a neuromyth, and a recent study published in Frontiers in Psychology has shown that these misconceptions are incredibly common.

So, why does it matter if people believe in neuromyths? Many neuromyths relate brain research to education, but misinterpret or overstate the original research. They are often oversimplifications, reducing complex issues to just one factor, such as “kids are less attentive after eating sugary snacks.”

For teachers who believe the dyslexia neuromyth above, they might miss an opportunity to get a child with dyslexia appropriate help, if the child doesn’t display letter reversals. Similarly, teachers using educational techniques based on neuromyths may achieve better results by switching to evidence-based methods.

While previous research has shown that belief in neuromyths is worryingly common in other countries, there was little known about this problem in US educators. Kelly Macdonald, a graduate student at the University of Houston involved in the study, had previously worked as a teacher. “I encountered neuromyths throughout teacher trainings and saw many teachers using related practices in their classrooms,” she says.

Macdonald and her colleagues investigated the prevalence of neuromyths in US educators using an online survey where respondents chose ‘True’ or ‘False’ for a series of questions about common neuromyths (for the full list check out the study). They also surveyed the public and people who had studied neuroscience, to see if training in education or neuroscience had any effect on neuromyth beliefs.

The survey revealed that neuromyth beliefs are remarkably prevalent, but that training in education and neuroscience helped to reduce these false beliefs. The public believed 68% of the neuromyths, educators 56%, and surprisingly, respondents with neuroscience training endorsed 46%.

“We were surprised at the level of neuromyth endorsement from respondents with neuroscience experience,” says Lauren McGrath, an Assistant Professor at the University of Denver who led the research study. “However, the myths they believed were related to learning and behaviour, and not the brain. So, their training in neuroscience doesn’t necessarily translate to topics in psychology or education.”

What myths did respondents most commonly believe? The most commonly endorsed myth was “individuals learn better when they receive information in their preferred learning style.” Other common myths were related to the Mozart effect, dyslexia, using 10% of the brain, how sugar affects attention, and the role of the left and right hemispheres in learning. “We were surprised to see that these ‘classic’ neuromyths tend to cluster together, meaning that if you believe one myth, you are more likely to believe others,” explained McGrath.

So, how can we dispel these neuromyths and encourage evidence-based educational practices? “The next steps are to develop training and dissemination approaches,” explains McGrath. “We are considering an online training module for educators to dispel the most prevalent neuromyths. The fact that people tend to believe several myths means that training modules can’t just teach about a single myth, they need to address several simultaneously.”

For their study, Macdonald and colleagues gathered survey responses and demographics via an online survey hosted by TestMyBrain.org. The survey asks a variety of questions about your background and then asks respondents to choose ‘True’ or ‘False’ in response to a series of 32 questions about common neuromyths. Below are nine highlights taken directly from the quiz.

1. A common sign of dyslexia is seeing letters backwards. (FALSE) While dyslexics may reverse letters like b and d, and mirror-write, reversing and mirror writing don’t mean a child has dyslexia. Dyslexics also do not “see” letters backwards. Reversals and mirror writing are mainly caused by deficits in interpreting position in space, especially left and right. There are many symptoms of dyslexia, many related to auditory difficulties, rather than the visual appearance of the words.

Professor Stephen Dinham, from the Melbourne Graduate School of Education summarises the danger of teaching to this myth in his recent book Leading Teaching and Learning:

“However, it does matter, because of the problems and harm that can be caused by the categorisation, labelling and limiting of learning experiences of students through the continued belief in and application of so-called learning styles. Would we tolerate doctors continuing to use a disproved, harmful treatment?”

3. Some of us are ‘left-brained’ and some are ‘right-brained’ and this helps explain differences in how we learn. (FALSE) The left and right hemispheres of the brain work together. There is not strong evidence that people’s learning differs in important ways based on one hemisphere being more dominant than the other.

5. Learning is due to the addition of new cells to the brain. (FALSE) Learning arises from changes in the connections between brain cells.

6. Mental capacity is hereditary and cannot be changed by the environment or experience. (FALSE) Mental abilities do have a genetic component, but they are also heavily influenced by environmental factors, and rely on adequate experience in order to develop.

7. We only use 10 percent of our brain. (FALSE) A healthy person uses 100 percent of their brain.

8. When we sleep, the brain shuts down. (FALSE) Patterns of brain activity shift when we go to sleep, but the brain is active 24 hours a day regardless of whether we are sleeping or awake.