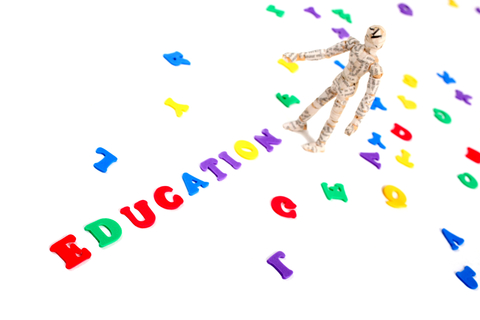 This article appeared in the Pretoria News on 21 June 1982:

A program, which solves children’s spelling and reading problems has been devised by a Pretoria educationist, Dr Jan Strydom.

Dr Strydom “completely by accident” stumbled on to this educational treatment which involves placing coloured blocks in various complicated sequences.

And this lucky accident can also be used as the first step in the treatment of dyslexia.

“When my daughter reached the age of four I started researching perceptual training for her benefit,” said Dr Strydom.

“I wanted to help her learn as much as possible.”

He then conceived the idea of inventing a program, which would develop a sense of sequence, the visual and auditory memory and thereby increase the reading and spelling ability.

With the aid of his invention and colouring-in books (which developed her fine motor movements) he prepared his daughter for school.

“When she went to school the teacher said she had never seen a child with such perceptual training. She learnt to read exceptionally quickly and reads now with comprehension and speed,” Dr Strydom said.

At that stage he was a standard 7 (grade 9) schoolteacher and in his class had a young boy with particularly bad reading and spelling problems.

“I thought I would try the program on him — it could only do good,” he said.

Within three months the student’s English mark had increased from 29 percent to 62 percent.

At the beginning of this year Dr Strydom decided to delve deeper into the problem of dyslexia and the effect his program had on the condition.

He placed a notice in a newspaper asking dyslexic people to volunteer for the experiment.

The notice was answered by the headmaster of an English technical high school who said about 50 percent of his pupils were dyslexic and Dr Strydom was welcome to experiment at the school.

For three weeks Dr Strydom taught his program to five pupils and in the fourth week began teaching them spelling by a method involved in the program.

Within a week they had learnt to spell 35 words — the dyslexic child cannot normally be taught to spell.

The headmaster of the school at which the experiment had been conducted said it was “a great success.”