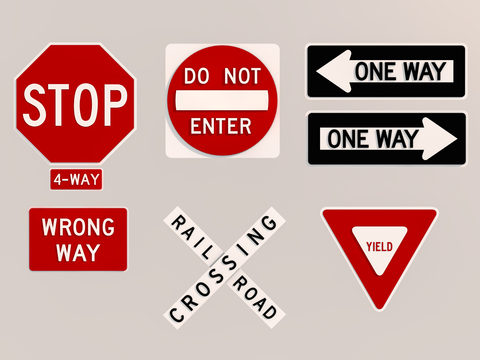 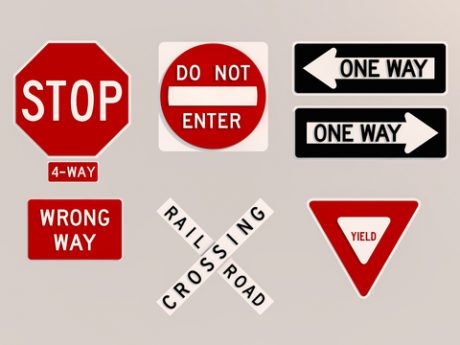 In a recent study, a team of researchers from Macquarie University in Australia, led by psychological scientist Benjamin Taylor, looked at reading comprehension on the road. After completing measures for adult dyslexia and reading ability, 62 college students completed simulated drives through a series of city, suburban, and rural environments with varying levels of traffic. After each round of driving, participants were asked about their perception and comprehension of road signs (i.e. “No Left Turn” or “Railroad Crossing”) that they had passed during the drive.

The results suggest that participants who had higher dyslexia scores tended to have greater difficulty comprehending road signs, particularly road signs that contained words and no images.

What if words play no role?

In another study researcher Hermundur Sigmundsson and his colleagues at the Norwegian University of Science and Technology in Trondheim gave 17 volunteers, six of whom were dyslexic, two different tests. The first involved a 4-minute drive along a simulated country road at 50 to 80 kilometres per hour. In the second task, the volunteers drove through a city at lower speeds for 10 minutes.

The simulator flashed up traffic signs in the drivers’ field of view and measured how quickly they responded by pushing a button or saying “now”. In the rural drive, the signs appeared directly ahead, while in the city they appeared in a variety of places.

The six dyslexic drivers took on average 0.13 seconds longer to react during the rural drive than the non-dyslexic controls and were 0.19 seconds slower in the city, where the simulated environment was more complex. In both tests the controls took around 0.6 seconds to respond, so the dyslexic drivers were experiencing a delay of 20 to 30%.

“Drivers just over the UK’s (United Kingdom’s) alcohol limit, which can be exceeded by drinking two pints of beer, are typically 10 percent slower than normal to react,” according to the New Scientist magazine. This means that dyslexia can slow a driver’s reaction time as much as drinking moderate amounts of alcohol, according to the study.

What do we learn?

Visual processing speed can be defined as how fast a person can look at and process information on a task that does not take any more thinking than noticing the differences or sameness in the objects shown.