Dyslexia: Is the Shoe Perhaps on the Wrong Foot? 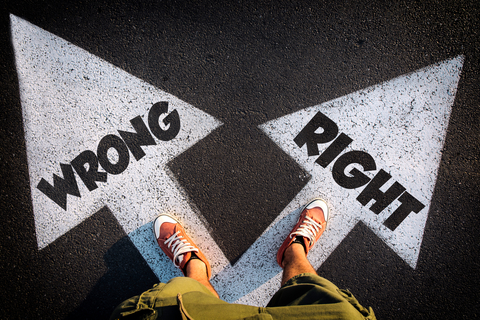 Reading is the most important skill that a child must acquire at school, because one must learn to read in order to read to learn. The implication of this is that the child who is a poor reader will usually also be a poor learner.

Unfortunately poor reading skills, and therefore poor learning skills, have become a reality for an alarming number of people. In the USA, according to the Literacy Foundation Project, 50 percent of adults cannot read a book written at a Grade 8 level, and 45 million are functionally illiterate and read below a Grade 5 level. The National Adult Literacy Survey found that only 25 percent of college graduates — and only 31 percent of those with at least some graduate studies — scored high enough on the tests to be deemed “proficient” from a literacy standpoint, defined as “using printed and written information to function in society, to achieve one’s goals, and to develop one’s knowledge and potential.”

Even more alarming than the statistics is the fact that reading difficulties are not limited to people who are environmentally, culturally or economically disadvantaged. Many children come from good homes, go to good schools and score average to above average on IQ tests. Yet, they battle to learn to read, and many never succeed.

Children with reading difficulties share a number of common symptoms. They are inclined to reverse letters or words, to omit letters, to lose their place, to remember little of what they have read, or to read with poor comprehension. When they aren’t environmentally, culturally or economically disadvantaged, and score average to above average on an IQ test, these children are considered to suffer from a learning disability (LD), commonly known as dyslexia.

According to the Orton Dyslexia Society at least one in every ten of otherwise able people has serious dyslexia problems. The Foundation of Children with Learning Disabilities states that learning-disabled children represent more than ten million of the total population of the USA. Estimates of learning-disabled students being dyslexic vary between 70 and 80 percent.

Find the cause to find the cure 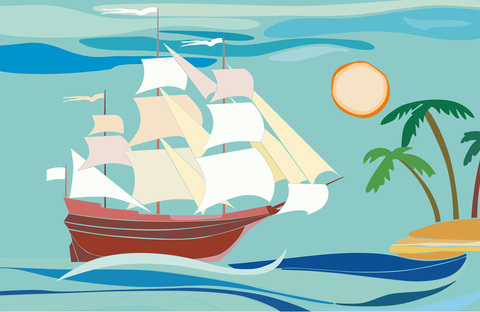 Most problems can only be solved if one knows what causes the problem. A disease such as scurvy claimed the lives of thousands of seamen during long sea voyages. The disease was cured fairly quickly once the cause was discovered, viz. a vitamin C deficiency. A viable point of departure in LD research would therefore be to ask the question, “What is the cause of dyslexia?”

The idea that dyslexia is a certifiable biological disorder, a physical problem that could be diagnosed and treated accordingly, gained credence during the 1960s and 1970s, giving rise to an armada of theories. One such a theory states that dyslexia is the result when the link between the language, hearing and comprehension centres of the brain is somehow misconfigured during fetal development. Another theory states that dyslexia is caused by “faulty wiring in the brain,” whereas another holds that a subtle impairment of vision may be responsible, while yet another believes that a cerebellar-vestibular dysfunction may be responsible for the learning disability. All these theories — most of them blaming some difference in structure between the brain of the dyslexic and that of the so-called normal reader — have lead to nothing at all. Despite all these theories and all the intervention efforts based on them, not to mention the vast amounts of money expended in the process, the numbers of dyslexics continue to escalate.

The theory that dyslexia has a neurological basis leaves many questions unanswered. Why is this supposedly non-contagious ailment on the increase? Compare the present situation with, for example, that of a century ago. In 1910 the literacy rate in the USA was so high it was predicted, “the public schools will in a short time practically eliminate illiteracy.” In 1935, a survey of the 375,000 men working in the Civilian Conservation Corps — a government-sponsored work project to provide employment — found an illiteracy rate of 1.9 percent. It is most noteworthy that this last figure was found among men primarily of low socio-economic status. It is even more noteworthy that the illiteracy rates of the first half of the twentieth century reflected, for the most part, people who had never had the advantage of schooling.

It is also impossible to explain how a neurological dysfunction can be more prevalent in specific areas or countries. While the National Commission on Excellence in 1983 warned that the American nation was “at risk,” remedial reading facilities were not needed at all in Japan due to the rarity of reading problems. At the time, some argued that reading problems were virtually non-existent in Japan because their written language is easier than our Latin alphabet. That, however, is simply not true. The Japanese Kanji ideograms consist of 1,850 characters. In addition there are two Kana syllabaries, which — like our Latin alphabet — use symbols to represent sounds. Each Kana syllabary has 46 basic letters compared to our 26. Today, however, dyslexia is said to affect 6 percent of Japanese children.

While only 75 percent of US high school students graduated in the 1980s, Japan succeeded in leading fully 91 percent of their students through a much more challenging school curriculum. According to Thomas Rohlen, author of Japan’s High Schools, the Japanese high school diploma was arguably the equivalent of a USA bachelor’s degree. “I found this conclusion hard to believe at first,” he wrote. “But the more I looked at the fundamental facts, the more convinced I became that the majority of high school graduates in Japan would compare well with our university graduates in terms of basic knowledge in all fields and in mathematics and in science skills.” And the last sobering piece of news is that Japan averaged 41 students per class, compared to 26 for the United States, and the over-all per-pupil expenditure in Japan was 50 percent less than in the USA. 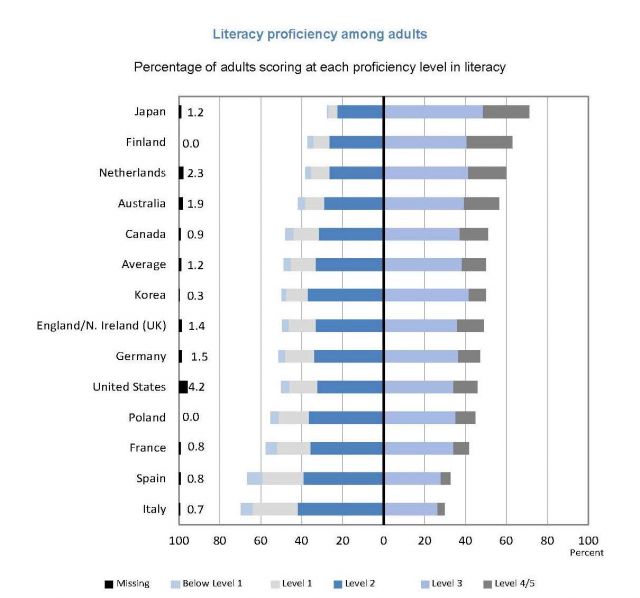 Brain differences do not equate to neurological disorders

Latest neurological findings show that, while certain areas of the brain are designated for specific purposes, the brain can change in response to learning. New brain cells are constantly being born and die, new connections can form and the internal structure of the existing synapses can change. When a person becomes an expert in a specific domain, he will have growth in the areas of the brain that are involved with that particular skill. Neuroplasticity allows brain cells to compensate for injury and disease and to adjust their activities in response to new situations or to changes in their environment.

Technological advances brought new possibilities to dyslexia research. With fMRI-scans it has now been confirmed that — as was always suspected — there are indeed differences between the brains of dyslexic persons and good readers. The belief that these brain differences are limited to dyslexic persons (i.e. poor readers with average to above average IQ), however, was overturned.

Using brain imaging scans, neuroscientist John D. E. Gabrieli at the Massachusetts Institute of Technology have found that there was no difference between the way poor readers with or without dyslexia think while reading. Research results indicated that poor readers of all IQ levels showed significantly less brain activity in the six observed areas than typical readers. There was no difference in the brains of the poor readers, regardless of their IQs.

Subsequent studies suggested that the cause-effect relationship is reversed, in other words, that these brain differences are not the cause of reading difficulties, but the result.

In one study, published online in the Journal of Neuroscience, researchers analysed the brains of children with dyslexia and compared them with two other groups of children: an age-matched group without dyslexia and a group of younger children who had the same reading level as the children with dyslexia. Although the children with dyslexia had less grey matter than age-matched children without dyslexia, they had the same amount of grey matter as the younger children at the same reading level.
X
Lead author Anthony Krafnick said this suggests that the anatomical differences reported in left-hemisphere language-processing regions of the brain appear to be a consequence of reading experience as opposed to a cause of dyslexia.
X
The tendency over the past nearly a century has been to try and fit the dyslexia shoe on the foot of the children who fail to learn to read. All efforts to make this shoe fit have failed. If a shoe does not fit one foot, shouldn’t we try it on the other foot?

Putting the shoe on the other foot

When teaching, it is imperative to take note of the fact that learning is a stratified process. One step needs to be mastered well enough before subsequent steps can be learned. This means that there is a sequence involved in learning. It is like climbing a ladder; if you miss one of the rungs of the ladder, you will fall off. If you miss out on one of the important steps in the learning process, you will not be able to master subsequent steps.

This principle is also of great importance on the sports field. If we go to a soccer field to watch a soccer coach at work, we shall soon find that he spends much time drilling his players on basic skills, like heading, passing, dribbling, kicking, etc. The players who are most proficient at these basic skills usually turn out to be the best players in the actual game situation.

In the same way, there are also certain skills and knowledge that a child must acquire first, before it becomes possible for him to become a good reader. Basic skills like concentration, visual discrimination, accurate perception and memorising, skills of association, auditory memory and lateral interpretation are all functions that form the foundation of good reading and spelling. Until a child has mastered these basic skills first, reading will remain a closed — or, at most, a half-open — book to him.

Teaching these basic skills used to form part of the educational system for many centuries, but have since been removed from Western education by “innovative” educators such as John Dewey and his cohorts. In this way the epidemic that is now called “dyslexia” was created.

Already in 1974, in Reading Teacher, Bateman suggested that the term “learning disabilities” be replaced by teaching disabilities. The focus, he said, should be on the inadequate skills of the adults who are supposed to teach the children, instead of on blaming the children of mysterious brain dysfunctions. In 1987 Dr. Thomas Armstrong coined the word dysteachia to refer to children suffering from “pedagogical illness” or inappropriate teaching strategies.

Perhaps it is time that we investigate the possibility that Bateman and Armstrong may have been correct when they said that the shoe is on the wrong foot.