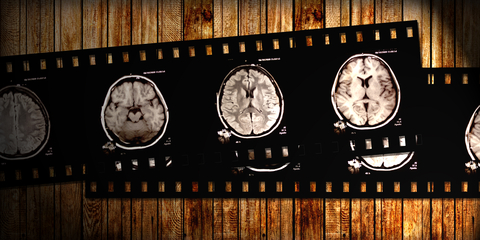 slexia could be just a label, according to scientists, after a study of brain scans found there is little difference between the way children with the condition think while trying to read and those who simply have a low IQ.

Historically, the dyslexia label has been assigned to kids who are bright, even verbally articulate, but who struggle with reading — in short, whose high IQs mismatch their low reading scores. When children are not as bright, however, their reading troubles have been chalked up to their general intellectual limitations.

Now a new brain-imaging study challenges this understanding of dyslexia. “We found that children who are poor readers have the same brain difficulty in processing the sounds of language whether they have a high or low IQ,” said Massachusetts Institute of Technology neuroscientist John D. E. Gabrieli.

The study involved 131 children, aged 7 to 16. According to a simple reading test and an IQ measure, each child was assigned to one of three groups — typical readers with typical IQs; poor readers with typical IQs; and poor readers with low IQs. All were shown word pairs and asked whether they rhymed. Spellings didn’t indicate sound similarities. Using functional magnetic resonance imaging, or fMRI, the researchers observed the activity in six brain regions important in connecting print and sound.

The results: Poor readers in both IQ groups showed significantly less brain activity in the observed areas than typical readers. But there was no difference in the brains of the poor readers, regardless of their IQs. “These findings suggest the specific reading problem is the same whether or not you have strong cognitive abilities across the board,” said Gabrieli.

The study could have an important impact on both the diagnosis and education of poor readers. The revised definition of dyslexia proposed for the upcoming Diagnostic and Statistical Manual (DSM-V), psychiatry’s diagnostic bible, “currently lacks neurobiological evidence for the removal of ‘severe discrepancy’ [between IQ and reading ability],” said Stanford’s Fumiko Hoeft. “Our study will be the first to provide such evidence.”

Meanwhile, educators commonly offer reading- and language-focused interventions to bright dyslexics, to bring their reading up to the level of their expected achievement. But they may consider such specific remediation futile for less-“smart” children. If teachers understand that the same thing is going on in the brains of all poor readers, they may see that all those children could benefit from the same interventions. Since it’s hard to learn much if you can’t read, that’s good news for a lot of kids.

Edublox programs are effective in overcoming dyslexia and other learning difficulties by addressing the underlying shortcomings that interfere with reading performance.