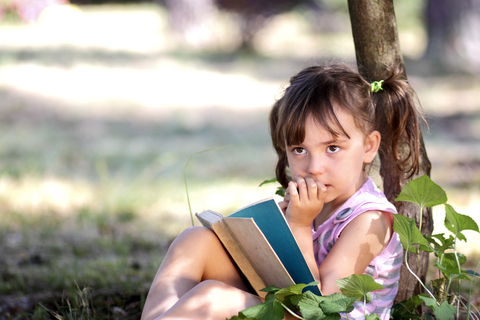 Heardy I aply for any posision in your cumpany. I am ninteen years of age and have now cumpleted grabe ten. I am interristed in people and a motivateb person. I dont have any work ecsperience dut I am wiling to lern.

When reading the above letter you might think that it was written by someone with a very low intelligence. You are wrong. This person’s intelligence is above average, but he is limited in his ability to read and spell correctly. He is dyslexic.

The term dyslexia was introduced in 1884 by the German ophthalmologist, R Berlin. He coined it from the Greek words dys meaning ill or difficult and lexis meaning word, and used it to describe a specific disturbance of reading in the absence of pathological conditions in the visual organs. In a later publication, in 1887, Berlin stated that dyslexia, “presuming right handedness,” is caused by a left-sided cerebral lesion. He spoke of “word-blindness” and detailed his observations with six patients with brain lesions who had full command over verbal communications but had lost the ability to read.

Today the term dyslexia is frequently used to refer to a “normal” child — or adult — who seems much brighter than what his reading and written work suggest. While the term is mostly used to describe a severe reading problem, there has been little agreement in the literature or in practice concerning the definition of severe or the specific distinguishing characteristics that differentiate dyslexia from other reading problems.

Instead of getting involved in the wrangling over a definition, we would rather use the “symptoms” below as an indication that a person has a reading problem and therefore needs help:

Directional confusion may take a number of forms, from being uncertain of which is left and right to being unable to read a map accurately, says Dr Beve Hornsby in her book Overcoming Dyslexia. A child should know his left and right by the age of five, and be able to distinguish someone else’s by the age of seven. Directional confusion affects other concepts such as up and down, top and bottom, compass directions, keeping one’s place when playing games, being able to copy the gym teacher’s movements when he is facing you, and so on. As many as eight out of ten severely dyslexic children have directional confusion. The percentage is lower for those with a mild condition, she says.

The following are a few of the dyslexia symptoms that indicate sequencing difficulties:

Dyslexics may also have trouble remembering the order of the alphabet, strings of numbers, for example telephone numbers, the months of a year, the seasons, and events in the day. Younger children may also find it hard to remember the days of the week. Some are unable to repeat longer words orally without getting the syllables in the wrong order, for example words like preliminary and statistical.

Difficulties with the little words

A frequent comment made by parents of children struggling with their reading is, “He is so careless, he gets the big difficult words, but keeps making silly mistakes on all the little ones.” Certainly, the poor reader gets stuck on difficult words, but many do seem to make things worse by making mistakes on simple words they should be able to manage — like ‘if’, ‘to’, ‘and’.

The following are indications of problems with the little words:

• Misreads little words, such as a for and, the for a, from for for, then for there, were for with.
• Omits or reads twice little words like the, and, but, in.
• Adds little words which do not appear in the text.

It is important to note that this is extremely common, and not a sign that a child is particularly careless or lazy.

Research has revealed a dramatic link between the abnormal development of spoken language and learning disabilities such as dyslexia. The following are just a few examples:

• A study in 1970 of Dr Renate Valtin of Germany, based on one hundred pairs of dyslexic and normal children, found indications of backwardness in speech development and a greater frequency of speech disturbances among dyslexics than among normal children.

• According to Dr Beve Hornsby, author of Overcoming Dyslexia, about 60 percent of dyslexics were late talkers.

• In her book Learning Disabilities, author Janet Lerner states, “language problems of one form or another are the underlying basis for many learning disabilities. Oral language disorders include poor phonological awareness, delayed speech, disorders of grammar or syntax, deficiencies in vocabulary acquisition, and poor understanding of oral language.”

Some dyslexics suffer from poor handwriting skills. The word dysgraphia is often used to describe a difficulty in this area, and is characterised by the following symptoms:

The language of mathematics is often poorly understood by the dyslexic up until the age of twelve — and even beyond. The word dyscalculia is often used to refer to this problem.

Difficulties with maths can be identified by the following symptoms:

• The dyslexic may have a problem with numbers and calculations involving adding, subtracting and time tables.
• He may be confused by similar-looking mathematical signs: + and ×; –, ÷ and =; < (less than) and > (greater than).
• He may not grasp that the words ‘difference’, ‘reduction’ and ‘minus’ all suggest ‘subtraction’.
• He may understand the term ‘adding’, yet be thrown if asked to ‘find the total’.
• The dyslexic may reverse numbers, and read or write 17 for 71.
• He may transpose numbers i.e., 752 – 572.
• He may have a difficulty with mental arithmetic.
• He may have a problem with telling the time.

Bizarre reading or spelling is a severe form of dyslexia and is characterised by the following symptoms:

• Guesses wildly at words regardless of whether they make sense or not. In her book Overcoming Dyslexia Dr Beve Hornsby uses the following example to illustrate how some dyslexics guess wildly at words: “Now the children were discussing their new play. ‘We need a brave person for the mountain rescue,’ explained the boy,” was read as “How the children were designing their new play. ‘We need a brave man of the mount chishimse,’ ixslating the boy.”
• Spells bizarrely, for example substance spelled ‘sepedns’, last spelled ‘lenaka’, about spelled ‘chehat’, may spelled ‘mook’, did spelled ‘don’, or to spelled ‘anianiwe’.

• Makes up a story, based on the illustrations, which bears no relation to the text.
• Reads very slowly and hesitantly.
• Loses orientation on a line or page while reading, missing lines or reading previously-read lines again.
• Reads aloud hesitantly, word by word, monotonously.
• Tries to sound the letters of the word, but is then unable to say the correct word. For example, sounds the letters ‘c-a-t’ but then says cold.
• Mispronounces words, or puts stress on the wrong syllables.
• Reads only in the present tense although the text is in the past.
• Foreshortens words, for example ‘portion’ for proportion.
• Substitutes another word of similar meaning, for example dog for pup.
• Omits prefixes, omits suffixes or adds suffixes.
• Reads with poor comprehension.
• Remembers little of what he reads.
• Spells words as they sound, for example ‘rite’ for right.
• Cannot write or match the appropriate letter when given the sound.
• Often ignores punctuation. He may omit full stops or commas and fail to see the need for capital letters.
• Poor at copying from the board.
• Has trouble attaching names to things and people.