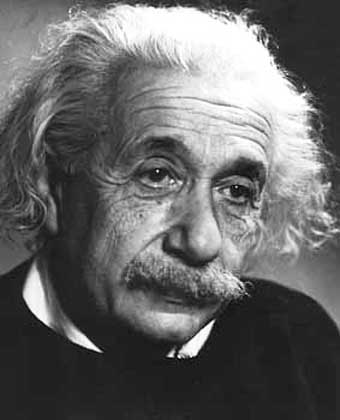 The popular image that men of eminence are learning disabled promotes an aura of romanticism around the learning disabilities field. Albert Einstein, arguably the greatest scientist of all time, is usually at the top of the list of famous dyslexics.

To generate public awareness of the condition of dyslexia, advocacy groups have perpetuated the belief that a host of famous individuals, such as scientist Albert Einstein, were dyslexic. You can read about Einstein’s learning disabilities everywhere:

With the cooperation of a compliant media, the folk myth — the “affliction of the geniuses” — continues to be spread despite the fact that knowledge of the definition of dyslexia and the reading of any standard biographies would immediately reveal the inaccuracy of many such claims. “Science,” say Moats and Lyon, “has taken a back seat (and more accurately, the rumble seat.)”

While this makes a nice story, this widely believed notion is false, according to Ronald W. Clark’s comprehensive biography of Einstein, and according to Subtle is the Lord: The Science and Life of Albert Einstein, a biography by Abraham Pais (Oxford University Press, 1982).

Pais states that although his family had initial apprehensions that he might be backward because of the unusually long time before he began to talk, Einstein was speaking in whole sentences by some point between age two and three years. When he was two-and-a-half years old, Einstein was introduced to his newborn sister. Expecting a toy, he asked, rather disappointedly, “Where are the wheels?”

According to Clark, a far more plausible reason for his relatively late speech development is “the simpler situation suggested by Einstein’s son Hans Albert, who says that his father was withdrawn from the world even as a boy.” Whether one accepts this interpretation, other information helps us to judge Einstein’s language abilities after he began to speak.

Einstein entered school at the age of six, and against popular belief did very well. When he was seven his mother wrote, “Yesterday Albert received his grades, he was again number one, his report card was brilliant”. By the time he was nine-and-a-half, Einstein was accepted at the very prestigious and highly competitive Luitpold Gymnasium, a sure indication that his academic performance was above average.

At the age of twelve Einstein was reading physics books. At 13, after reading the Critique of Pure Reason and the work of other philosophers, Einstein adopted Kant as his favourite author. About this time he also read Darwin.

True, Einstein did not pass the college exam the first time he took it. However, aside from being only sixteen, two years below the usual age, the plain fact was he did not study for it. His father wanted his son to follow a technical occupation, a decision Einstein found difficult to confront directly. Consequently, as he later admitted, he avoided following the “unbearable” path of a “practical profession” by not preparing himself for the test.

It is also true that, after graduating from the university, Einstein had difficulty finding a post. This was mainly because his independent, intellectually rebellious nature made him, in his own words, “a pariah” in the academic community. One professor told him, “You have one fault; one can’t tell you anything.”

Also true is that Einstein went through three jobs in a short time, but not because of a learning disability. His first job was as a temporary research assistant, the second as temporary replacement for a professor who had to serve a two-month term in the army. Clark remarks that it is “difficult to discover but easy to imagine” why Einstein held his third job, as a teacher in a boarding school, for only a few months: “Einstein’s ideas of minimum routine and minimum discipline were very different from those of his employer.”

In his article “Was Einstein learning disabled? Anatomy of a myth,” (published in 2004 in the Skeptics Society & Skeptic Magazine, a revised version of an article that originally appeared in the March/April 2000 issue of the Journal of Learning Disabilities) Marlin Thomas concludes: “Given the meager basis for the claim that Einstein was learning disabled, one has to wonder why it has become so accepted. Part of the reason is the encouragement it gives all of us to know that even geniuses have shortcomings. The claim also enhances the prestige of learning disabled individuals. Any marginalized group benefits from having one of its members be a stellar figure in cultural history. These may be salutary, but the consequence of claiming that Einstein was learning disabled without historical evidence is harmful. It distorts the historical record and it questions the credibility of other claims regarding the learning disabilities of prominent persons.”