Forgetful? You May Be Losing More Than Just Your Memory 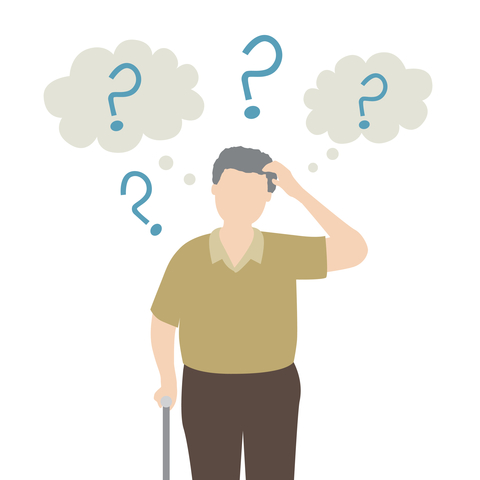 Older adults who complain their “mind is going” may be losing a part of their brain along with their memory, according to a study published in Neurology, the scientific journal of the American Academy of Neurology.

The study, which looked at 120 people over the age of 60, found people who complained of significant memory problems but still had normal performance on memory tests had reduced grey matter density in their brains even though they weren’t diagnosed with Alzheimer’s disease or mild cognitive impairment (MCI), which is a transition stage between normal ageing and the more serious problems caused by Alzheimer’s disease.

When compared to healthy individuals, the study found people who complained of significant memory problems had a three percent reduction in grey matter density in an area known to be important for memory; there was a four percent reduction among individuals diagnosed with MCI.

“Significant memory loss complaints may indicate a very early ‘pre-MCI’ stage of dementia for some people. This is important since early detection will be critical as new disease modifying medications are developed in an effort to slow and ultimately prevent Alzheimer’s disease,” said study author Andrew Saykin, PsyD, Professor of Psychiatry and Radiology at Dartmouth Medical School in Lebanon, New Hampshire, and an affiliate member of the American Academy of Neurology.

While normal aging, MCI and Alzheimer’s disease have been associated with the loss of grey matter in the brain, this is believed to be the first study to quantitatively examine the severity of cognitive complaints in older adults and directly assess the relationship to grey matter loss.

Saykin says the findings highlight the importance of cognitive complaints in older adults, and suggest that those who complain of significant memory problems should be evaluated and closely monitored over time. Memory complaints, a cardinal feature of MCI which confers high risk for Alzheimer’s disease, are reported in 25 to 50 percent of the older adult population.