Help, My Child Has Dyslexia (Part 1) 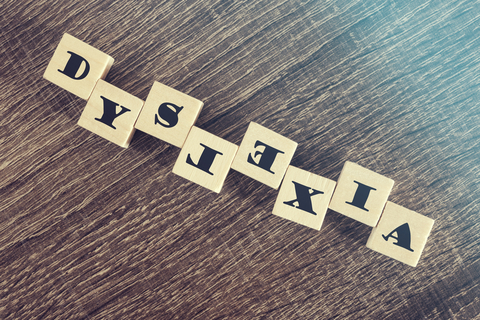 There are few things that create so much tension within a parent as a child who struggles with reading, spelling and writing. Whereas most children find it easy, or relatively easy, for one out of five children this experience is very different. For them learning to read is so difficult that the word “dyslexia” is often used to refer to this severe struggle.

The term dyslexia was coined from the Greek words dys and lexis, meaning “poor with language”. It is used to refer to persons for whom reading is simply beyond their reach. Spelling and writing, due to their close relationship to reading, are usually included.

These children, who understand the spoken word and love to listen to stories, struggle to decipher the same words when they are written on a page. They read slowly and haltingly, and words that they read correctly in one sentence may be misread in a subsequent sentence. Reading aloud may be particularly painful. Eventually they grow frustrated and disappointed.

The ability to read is indispensable for academic success. Teachers, witnessing the gap between good and poor readers widening, may wonder what they or these children might be doing wrong. Parents, knowing that reading problems have consequences across development into adult life, question themselves, feeling alternately guilty and angry.

What exactly is dyslexia?

According to popular belief dyslexia is a neurological disorder in the brain that causes information to be processed and interpreted differently, resulting in reading, spelling and writing difficulties. Historically, the dyslexia label has been assigned to learners who are bright, even verbally articulate, but who struggle with reading; in short, whose high IQs mismatch their low reading scores. When children are not as bright, their reading troubles have been chalked up to their general intellectual limitations.

Then there are also certain symptoms and signs:

On the one side there is the group that believes dyslexia is a condition that cannot be cured, but endured, and on the other extreme there are those who say diagnoses of dyslexia are a complete waste of time.

The British Dyslexia Association (BDA) states that dyslexia “is likely to be present at birth and to be life-long in its effects”. The association and many others like it recommend taking a dyslexia test – at a cost – and provide advice about how to cope with dyslexia and gain access to the special study allowances and benefits available for diagnosed dyslexics.

According to some authors there is no hope for those suffering from dyslexia, and the gap between those who read well and children with dyslexia is fast becoming wider. Authors call this the “Matthew effect”, referring to Matthew 25:29 that tells us of the rich becoming richer and the poor, poorer. According to this viewpoint, and I quote from a publication by Gerald Coles, an American educational psychologist, “Their reading and other learning problems are likely to continue into adulthood with destructive effects on their feelings of self-worth, personal relationships, and job opportunities and performance.”

In order to create awareness for dyslexia – and probably also to shed some light on the dismal belief that this is an incurable condition – support groups started to proclaim the idea that many famous people, among others Albert Einstein, were dyslexic. This story has been told so many times that it is regarded as a fact today, despite literature to the contrary.

It is often said that Einstein only started talking at the age of four, which is then described as a “sign” that he was dyslexic.

According to Einstein’s biographers this is simply not true. When he was two-and-a-half years old, Einstein was introduced to his newborn sister. Expecting a toy, he asked, rather disappointedly, “Where are the wheels?” Einstein entered school at the age of six, and against popular belief did very well. When he was seven his mother wrote, “Yesterday Albert received his grades, he was again number one, his report card was brilliant”. By the time he was nine-and-a-half, Einstein was accepted at the very prestigious and highly competitive Luitpold Gymnasium, a sure indication that his academic performance was above average. At the age of twelve Einstein was reading physics books. At 13, after reading the Critique of Pure Reason and the work of other philosophers, Einstein adopted Kant as his favourite author. About this time he also read Darwin.

Professor Julian Elliott, from Durham University in the United Kingdom and Professor Elena Grigorenko, from Yale University in the United States of America see dyslexia from a very different perspective – that diagnosis of dyslexia adds little value. In their book, The Dyslexia Debate, they write: “Parents are being misled by claims that such dyslexia assessments are scientifically rigorous, and that a diagnosis will point to more effective forms of treatment”. Elliott raises concerns about the ever increasing number of people who are diagnosed dyslexic. Dyslexia, according to Elliot, is a term which, “confuses, rather than clarifies, and should be discontinued”.

The view that dyslexia is incurable is the result of an old belief that the brain cannot change, let alone improve. People were told that when there was something wrong with a person’s brain, it could not be fixed. Scientists firmly believed that each person was born with a certain number of brain cells and if any of them were injured, there was no way to reverse the damage. Problems like dyslexia, which are linked to the brain, were therefore regarded as beyond cure.

Technological advances, for example fMRI-scans, had enabled scientists to see that the brain is plastic; the brain can change and it can improve and this is good news for your child. According to the latest research every child can be helped.

In Part 2 we will explore our fantastic, plastic brain and how neuroplasticity is the light at the end of the dark dyslexia tunnel.