Help, My Child Has Dyslexia (Part 2) 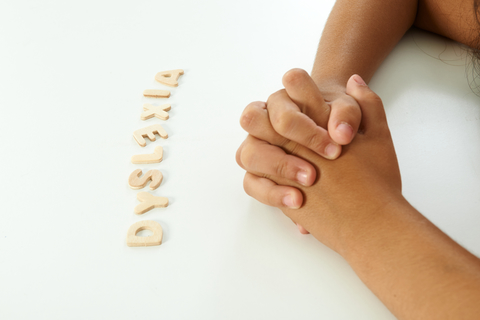 Going to school can be a nightmare for children who suffer from dyslexia. The stress and frustration they have to endure as a result of their poor achievement cause them to be reluctant to go to school, develop low self-esteem and have behavioural problems.

In Part 1 we discussed the symptoms of dyslexia and the confusion surrounding the term: some view dyslexia as a condition that cannot be cured, but endured, and on the other extreme there are those who say diagnoses of dyslexia are a complete waste of time. We have also discussed the advancement in technology such as fMRI scans, which made it possible for scientists to see that the brain is plastic, and that neuroplasticity is the light at the end of the dark dyslexia tunnel.

Named neuroplasticity, it is the finding that the brain can change, new brain cells are constantly being born and die, new connections can form and that the internal structure of the existing synapses can change. In 90% of people the left hemisphere controls the capacity to understand and generate language. Even if the left hemisphere of a person’s brain is severely injured the right side of the brain can take over some language functions. When a person becomes an expert in a specific domain, he will have growth in the areas of the brain that are involved in that particular skill.

An interesting study concluded that London taxi drivers have larger hippocampi than London bus drivers. The hippocampus is a brain structure that is involved in learning routes and spatial representations. The development in the size of the hippocampus correlated positively with the length of time being a taxi driver, suggesting that driving taxis in London develop the hippocampus.

In another study, 12 people in their early 20s were required to learn a classic three-ball juggling trick over a period of three months, until they could sustain a performance for at least one minute. Another 12, the control group, did not juggle. The jugglers showed a significant increase in grey matter in brain area V5, which is an area implicated in the processing of visual movement.

But what happens when a newly acquired skill like juggling is allowed to stagnate? The participants were asked to stop practising their juggling skills for three months, and were then scanned again. The results? The grey matter in their V5 areas had reduced. This finding supports the idea that the brain needs to be exercised or stimulated, otherwise one will lose skills.

Technological advances brought new possibilities to dyslexia research. With fMRI-scans et cetera it has now been confirmed that — as was always suspected — there are indeed differences between the brains of dyslexic persons and good readers. The belief that these brain differences are limited to dyslexic persons (i.e. poor readers with average to above average IQ), however, was overturned.

Using brain imaging scans, neuroscientist John D. E. Gabrieli at the Massachusetts Institute of Technology have found that there was no difference between the way poor readers with or without dyslexia think while reading. Research results indicated that poor readers of all IQ levels showed significantly less brain activity in the six observed areas than typical readers. But there was no difference in the brains of the poor readers, regardless of their IQs.

Subsequent studies suggested that the cause-effect relationship is reversed, in other words, that these brain differences are not the cause of reading difficulties, but the result.

In one study, published online in the Journal of Neuroscience, researchers analysed the brains of children with dyslexia and compared them with two other groups of children: an age-matched group without dyslexia and a group of younger children who had the same reading level as the children with dyslexia. Although the children with dyslexia had less grey matter than age-matched children without dyslexia, they had the same amount of grey matter as the younger children at the same reading level.
X
Lead author Anthony Krafnick said this suggests that the anatomical differences reported in left-hemisphere language-processing regions of the brain appear to be a consequence of reading experience as opposed to a cause of dyslexia.
X
Let us now summarise the findings of neuroplasticity, and the research of Gabrieli and Krafnick: The brain of the dyslexic person — and all other poor readers — differ from the normal reader’s brain, but the brain difference is not the cause of the reading problem. It’s the reading difficulty that causes the brain difference, and if a dyslexic learns to read well, his brain will change to resemble the brain of a normal reader. Even if, in exceptional cases, there are brain dysfunctions that contribute to the dyslexia problem, we now know that the brain can indeed recuperate.

Dyslexia can be beaten — a case study

Pravin was diagnosed with dyslexia in June 2010. He was in Grade 7. Both Pravin and his parents were unsettled and not sure of the way forward. Not only did he have to attend a school programme to help learners struggling with reading, he also had to work hard every evening doing exercises in eye movement and word recognition. The issue that troubled Pravin the most was that he was labelled by fellow learners as a “remedial” child. Pravin’s confidence was always quite fragile given his small stature and quiet, introspective nature, but this diagnosis caused him to withdraw even more.

Both his teachers and parents picked up quite early in his schooling career that Pravin struggled with reading. His parents had his eyes and hearing tested but found that both were fine. He participated in several reading programmes but there was no significant improvement in his reading. His teachers never recommended that he be tested for ADD or any reading disability, so it never occurred to anybody that Pravin could be dyslexic. Having to find out when he was 13 (Grade 7) filled his parents with feelings that ranged from anger and annoyance, to sadness and despair. They felt they had not been able to give Pravin the support he needed and they could only imagine the frustration he had experienced from one class to the next. The programme he attended in school didn’t show any improvement in his reading.

Pravin entered high school and the first six months were difficult to say the least. Pravin was withdrawn and tried very hard to look happy because he didn’t want to worry his parents. At the end of the second term he failed Afrikaans and obtained 42% for English.

But Pravin’s life changed within a period of 22 months after enrolling at Edublox, attending one class per week. His English improved from 42% to 58%, and he was writing compositions that brought tears to his mother’s eyes. His imagination and vocabulary were astounding even though his spelling needed a little more work.

Pravin was re-assessed for dyslexia in April 2013. The report indicated that only a few symptoms of dyslexia could be picked up. Pravin has managed to overcome this difficulty.

Pravin passed Matric comfortably with an A in Maths Literacy. More importantly, Pravin achieved 63% in English! He is currently studying towards a degree in English literature! Yes, the same learner who could not pass English in Grade 8 is now studying Shakepeare at university!

In Part 3 we will continue to delve into dyslexia, and especially its causes, as it’s usually only possible to solve a problem if we understand the causes.