Help, My Child Has Dyslexia (Part 3) 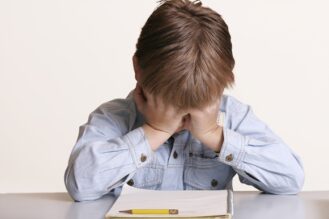 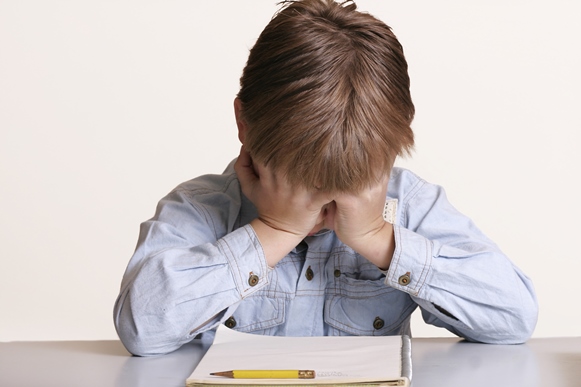 Dyslexia isn’t just an academic and individual problem; it’s also a family problem. Having a child with a learning problem impacts the entire family. Parents, brothers, sisters, and even grandparents become involved, must adjust, and are changed in the process.

The dream of a boy or girl who tops the Grade 1 reading groups and shines in the spelling bee is shattered and replaced by the recognition that years of reading help lay ahead. Millions of families live this reality daily, but not without it taking a toll on every family member and changing them in some way. It’s tough, and comes with scars, but fortunately there is light at the end of the tunnel.

In Part 2 we discussed new technologies, especially fMRI scans, which made it possible for scientists to see that the brain is changeable. We now know that the brain of a dyslexic person looks different than the normal reader’s brain, but that these brain differences are probably not the cause of dyslexia. The brain differences are the result of dyslexia. If a dyslexic person learns to read well, his brain will change to eventually resemble the brain of a normal reader.

We also looked at a case study of a then teenager, now adult, who overcame dyslexia.

So how did Pravin overcome dyslexia?

Pravin overcame dyslexia because the cause of his problem was addressed. The cause, as we now know, is probably not a flaw in the brain, so let’s start from the beginning. The situation of a child with dyslexia cannot be understood unless we perceive that he is a human being. An important characteristic of man is that he does not know and cannot do anything he has not learned. This of course excludes natural body functions, such as breathing, as well as the reflexes, for example the involuntary closing of the eye when an object approaches it. Everything else, however, must be learned.

To illustrate how dependent a human being is of learning, let’s look at the story of Kamala and Amala, which were documented in Wolf Children and Feral Man by I.A.L. Singh and R.M. Zingg. They were two of more than 40 cases of children who grew up in isolation of other people since the eighteenth century.

In 1920, as the story goes, Reverend J. A. L. Singh saw a mother wolf and cubs, two of whom had long, matted hair and looked human. After considerable preparations and difficulties, the two human creatures were captured. They turned out to be two girls whose ages were assessed by Singh at about eight years and one and a half years.

The creatures were taken to an orphanage in Mindapore, India, where the Reverend and his wife were stationed. Singh described them as “wolfish” in appearance and behaviour. They walked on all fours and had calluses on their knees and palms from doing so. They were fond of raw meat and stole it when the occasion offered. They licked all liquids with their tongues and ate their food in a crouched position. Their tongues permanently hung out of their thick, red lips, and they panted just like wolves. They never slept after midnight and prowled and howled at night. They could move very fast, just like squirrels, and it was difficult to overtake them. They shunned human society altogether. If approached, they made faces and sometimes bared their teeth. With regard to the development of their senses, it was noted that their hearing was very acute and that they could smell meat at a great distance. Furthermore, while they could not see well during the day, they could orient themselves very well at night.

In September 1921 both girls became ill, and Amala, the younger, died.

By means of intimate and devoted contact with Kamala, by softening her skin with oil and massaging her, by feeding and caressing her, Mrs. Singh was able to win her confidence and to create the conditions in which Kamala would be willing to learn from her.

After five years at the orphanage, Kamala demonstrated some intellectual functions. She knew some of the names of the babies housed there; she understood the concept of colour; she accepted food only from her plate and knew her glass from among the others. As far as language development is concerned, a visitor, Bishop H. Pakenham-Walsh, provides an outsider’s description of this aspect of her progress: “When I saw Kamala she could speak, quite clearly and distinctly, about thirty words; when told to say what a certain object was, she would name it, but she never used her words in a spontaneous way…. I saw her again two years later…and she had learned a good many more words.”

She needed considerable training to stand erect, and could only do so for the first time twenty months after having been found. By January 1926 she had learned to walk erect, and for the remaining two years of her life, though her movements remained somewhat wolf-like, she showed quite clearly that her previous way of walking had been due merely to the absence of ordinary human training.

Amala and Kamala, and every other child, enters this world very poorly equipped. The knowledge a child needs to become fully human is not dormant. Everything the child eventually knows, or can do, must be learned.

So, when a child cannot do something, it does not mean that there is anything wrong with them. They simply might not have learned it yet, and a human being can learn nearly anything provided that another important characteristic of the human being is also taken into account.

Learning is a stratified process

We need to understand the learning principle that human learning does not take place at a single level, but is a stratified process. This is generally accepted worldwide as a didactic principle. Throughout the world in variant educational systems, it is commonly accepted that a child must start at the lower levels of education and then gradually progress to the higher levels.

If human learning had not been a stratified process, but rather taken place at a single level, this would have been unnecessary. It would not have been important to start a child in Grade 1. In fact, it would have been possible for the child to enter school at any level and to complete his grades in any order.

In the same way, there are certain skills and knowledge a child must have acquired before it becomes possible for them to benefit from a course in reading.

In Part 4 we’ll discuss the skills and knowledge that a child needs in order to master the written word.