How the Brains of Taxi Drivers Throw New Light on Dyslexia 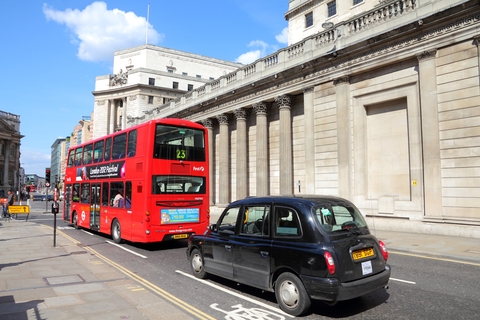 More and more research studies, however, suggest that the cause-effect relationship should be reversed, i.e. that these differences might not be the cause, but the effect of the reading or learning difficulty.

There is ample evidence in the literature to demonstrate that the structure and function of the brain are to a large extent determined by the way it is used and educated. By sacrificing their brains during controlled experiments, this is already known to be a proven fact in the animal kingdom. Mark Rosenzweig and his associates, for example, have shown that the brains of rats raised in an “enriched” laboratory environment — in a large cage containing many fellow rats and playthings that could be explored and manipulated — differed markedly in a number of respects from rats raised in small, isolated cages. The rats in the enriched environment had a greater weight and thickness of cerebral cortex than the ones raised in isolation. The researchers found more spines — which often serve as receivers in synaptic contacts — on the dendrites of cortical neurons in rats from enriched environments. Synaptic junctions in rats from enriched environments averaged about 50 percent larger than those in rats raised in isolation, and synaptic contacts were more frequent in the rats from enriched environments.

Of course, no conclusions on human learning or functioning can be drawn from experiments on animals, but it is nevertheless interesting to take note of such experiments, because they seem to confirm that stimulation does indeed change brain structure.

More and more researchers confirm that, in this respect, humans are no different from animals. In their book, Brain, Mind, and Behavior, Floyd E. Bloom, a neuropharmacologist, and Arlene Lazerson, a professional writer specialising in psychology, state, “Experience [learning] can cause physical modifications in the brain.” This is confirmed by Michael Merzenich of the University of San Francisco. His work on brain plasticity shows that, while areas of the brain are designated for specific purposes, brain cells and cortical maps do change in response to experience [learning].

A study in London has found that an area of the brain associated with navigation was larger in London’s famed taxi drivers than in other people. The drivers’ brains have been adapted to help them store a detailed mental map of the city, shrinking in one area to allow growth in another, according to the study.

Evidence that the brain is physically able to change according to the way it is used could have important implications for people with brain damage or brain diseases such as Alzheimer’s, say experts. London taxi drivers are renowned for their encyclopedic knowledge of the capital’s streets. They spend an average of two years learning the layout of the city’s roads before taking a test to get their licenses.

1.) Neurologist Arne May and colleagues at the University of Regensburg asked 12 people in their early 20s, most of them women, to learn a classic three-ball juggling trick over three months until they could sustain a performance for at least a minute. Another 12 were a ‘control’ group who did not juggle.

The jugglers showed a significant increase of grey matter in brain area V5, which, surprisingly, is an area implicated in the processing of visual movement.

“Our results contradict the traditionally held view that the anatomical structure of the adult human brain does not alter, except for changes in morphology caused by aging or pathological conditions,” said Dr. May.

2.) Plasticity can also be observed in the brains of bilinguals. It looks like learning a second language is possible through functional changes in the brain: the left inferior parietal cortex is larger in bilingual brains than in monolingual brains.

4.) Draganski and colleagues showed that extensive learning of abstract information can also trigger some plastic changes in the brain. They imaged the brains of German medical students three months before their medical exam and right after the exam and compared them to brains of students who were not studying for exam at this time. Medical students’ brains showed learning-induced changes in regions of the parietal cortex as well as in the posterior hippocampus. These regions of the brains are known to be involved in memory retrieval and learning.

5.) Even thinking can change the brain! One experiment involved a group of eight Buddhist monk adepts and ten volunteers who had been trained in meditation for one week. All the people tested were told to meditate on compassion and love. Two of the controls, and all of the monks, experienced an increase in the number of gamma waves in their brain during meditation.

As soon as they stopped meditating, the volunteers’ gamma wave production returned to normal, while the monks, who had meditated on compassion for more than 10,000 hours in order to attain the rank of adept, did not experience a decrease to normal in the gamma wave production after they stopped meditating. The synchronized gamma wave area of the monks’ brains during meditation on love and compassion was found to be larger than that corresponding activation of the volunteers’ brains.