How to Get Your Letters In Line: Researcher Devises Programme for Dyslexics 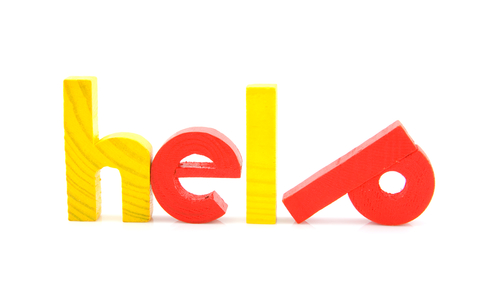 This article (translated) appeared in the Rapport newspaper on 30 September 2007:

A learning method, that has been developed by a South African educationist over the past thirty years, is nowadays helping children all over the world to escape from the debilitating grip of dyslexia.

The Audiblox learning method of Dr Jan Strydom of Pretoria can already count many success stories to its credit.

Eighteen years ago, Werner Louw, a young Pretoria architect, was caught in the clutches of dyslexia. Tests done in 1990 showed that Werner, who was in Grade 10 at the time, had the reading ability of a Grade 2 pupil. Needless to say, school was a nightmare to him.

After having spent two years in Grade 3, it was concluded that he suffered from a minimal brain dysfunction, and was then transferred to a school for children with learning problems, where he did Grade 3 for a third time.

His mother, Mrs Nellie Louw, reports that Werner had an IQ of 148, but his reading speed was a mere 107 words per minute. He suffered from severe depression and an inferiority complex.

In March 1990 Werner’s parents decided to obtain Dr Strydom’s program for Werner. At first, they were very sceptical, but within only five months Werner had already attained a reading ability equivalent to Grade 9 and his reading speed had improved to 163 words per minute.

Eleven months after starting the program, Werner’s reading ability was equal to that of a second year university student, with a reading speed of 230 words per minute. His life had taken a complete about-turn.

“I am convinced that millions of school children suffer unnecessarily because adults are unwilling to recognise that the current methods of addressing learning problems are ineffective,” says Dr Strydom. “A paradigm shift in the way in which learning problems are being approached has become a necessity.”

In his view, teaching is essentially a communication process. At present, the general approach is that, if the communication fails and the child does not learn, the problem invariably lies within the child. The implication is that all parents and all teachers all over the world, when they teach, always do a perfect job.

The reality, however, is that in the overwhelming majority of cases it is not the learning that fails, but the teaching.

“My research has convinced me that there are especially two important principles in the learning process that are overlooked when the transfer of knowledge from parent or teacher to child does not succeed. The first of these is that human beings can only do what they have been taught to do. The second is that learning is a stratified process,” says Dr Strydom.

Apart from body functions, like breathing, and reflexes, like blinking, there is nothing that a person can do without having been taught first. Therefore, if a child cannot do something, like reading, like concentrating, it certainly does not mean that there is anything wrong with the child. These activities are skills, that need to be taught by a person who knows how to teach them, and they must then be acquired through judicious and sustained practice.

“I cannot play golf,” he says, “but certainly nobody would ever say that I suffer from dysgolfia. It is, however, equally illogical to state that a child – or adult, for that matter – who cannot read, suffers from dyslexia. The child – or adult – is not dysfunctional or disabled, and therefore does not require any form of therapy, but is merely in need of a person who knows how to teach him to read.”

The second principle, the fact that learning is like climbing up a ladder, is well-known to all. However, when considering the plight of the so-called learning disabled, this feature of learning is universally overlooked.

Education systems all over the world recognise the necessity of starting learners at the lower levels of learning and then allowing them to gradually climb higher and higher up the ladder to the upper, more advanced, levels.

“A child, who did not learn to count first, will not be able to add and subtract. However, on encountering such a child, an expert on learning disabilities will probably jump to the conclusion that some brain dysfunction or other is at work.”

Nowadays, Dr Strydom’s teaching program is used in many countries for pupils who have difficulties with learning. It is a program that develops cognitive abilities like concentration, perception, memory and logical thinking. It is being used with great success for gifted and less gifted pupils of all ages to improve their reading, spelling and maths.

Prof E. J. van Niekerk of the University of South Africa says Dr Strydom’s research has provided answers to many so far unanswered questions on learning and reading problems. He regards the program as revolutionary and brilliant, but at the same time easy to use.