Long-Term Memory: What It Is and Tips to Improve It 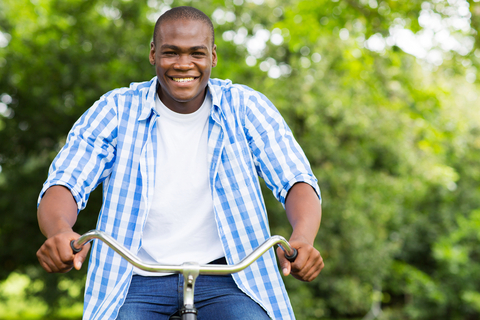 Long-term memory is the relatively permanent memory storage system that holds information indefinitely. In it we store last year’s Currie Cup score, the image of an elephant, and how to ride a bicycle. We also appear to be storing information that we can’t consciously retrieve, but which still affects our behaviour.

Long-term memory appears to contain several different kinds of memories. For example, episodic memories record life experiences. Your memory of your first day of school, the events at last week’s company meeting, or the birth of your first child are all examples of episodic memories. Retrieval of these memories usually involves associations with particular times or places.

These various parts of long-term memory do not operate in isolation from one another. While it is not clear how they work together, it is clear that they are related and overlap.

There are a number of ways to improve and keep your child’s long-term memory sharp. One simple way is to make sure that he or she gets enough sleep. Children who do not get enough sleep have been shown to perform more poorly on memory and attention tests.

Sleep helps the brain commit new information to memory through a process called memory consolidation. In studies, people who’d slept after learning a task did better on tests later.

Masaki Nishida and Matthew Walker, of the Sleep and Neuroimaging Laboratory at Harvard Medical School’s Department of Psychiatry, enlisted 26 healthy participants for the study. One morning, the participants were trained to perform a simple motor task with the left hand; the task involved learning a sequence of 5 key presses. The participants were split into two groups; one group had an afternoon nap lasting between 60-90 minutes after learning the task, while the other remained awake.

Memory is not a gift. It’s a skill

Advertisers tout supplements. Organic growers push blueberries. But, because memory is a skill and not a gift, for true memory improvement you must train your brain.

The belief that memory can be trained is not new. The Greeks, and later the Romans, developed some of the most prodigious memories the civilized world has ever seen. Memory was ranked as one of the most important disciplines of oratory, a flourishing art at the time. They lived in an age with no paper, so people couldn’t readily refer to notes. Speeches were committed to memory; lawyers depended on their memory in court; and poets, whose role in society was paramount, regularly drew on their enormous powers of recall to recite long passages of verse.

Today, external aids supplant memory. We rely on calculators, cell phones, smart phones, computers and the Internet to assist memory recall, with the result that people get very little training in developing and improving their memory skills. In children, the result can be underachievement in school.

According to researchers from Durham University, who surveyed over three thousand children, children who underachieve at school may just have poor working memory rather than low intelligence.

Working memory is the ability to hold information in your head and manipulate it mentally. You use this mental workspace when adding up two numbers spoken to you by someone else without being able to use pen and paper or a calculator, or when remembering a new telephone number, PIN number, web address or vehicle registration number.

The Durham researchers found that ten percent of school children across all age ranges suffer from poor working memory seriously affecting their learning. Without appropriate intervention, poor working memory in children can affect long-term academic success into adulthood and prevent children from achieving their potential.


Select a sequence from the examples below, or use any other sequence. Your child has to learn the sequence by heart: