Mediterranean Diet Linked to a Lower Risk of ADHD 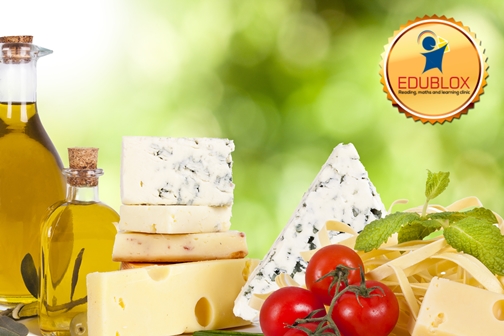 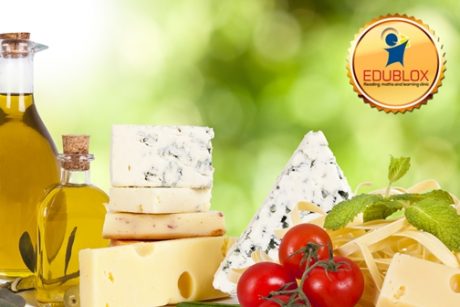 Dietary patterns of the Mediterranean diet can be related to a lower diagnose of the attention-deficit/hyperactivity disorder (ADHD), according to a study published in the journal Pediatrics, led by María Izquierdo Pulido, Professor at the Faculty of Pharmacy and Food Sciences of the University of Barcelona, and José Ángel Alda, Head of the area of Psychiatry at Sant Joan de Déu Hospital (Barcelona).

The study, which is the first scientific work dealing with the relation between the Mediterranean diet and ADHD in children and adolescents, evokes that some unhealthy eating habits could play a role in the development of this psychiatric disorder. However, new researchers are necessary to establish the causality between nutrient-poor eating habits and ADHD, according to the authors. Researchers Alejandra Ríos Hernández and Andreu Farran Codina, from the Faculty of Pharmacy and Food Sciences of the UB, and Estrella Ferreira García, from the Faculty of Psychology of the same University, have signed the study too.

One of the most common mental disorders among children and adolescents

The attention-deficit/hyperactivity disorder belongs to the field of neurobiology, and affects around 3,4% of children and adolescents worldwide. This is one of the most common mental disorders among children and teenagers, and its consequences can last until adulthood. The main symptoms are hyperactivity, impulsiveness and attention-deficit, which show more intensely in children of the same age who don’t suffer from this illness. So far, the most efficient intervention for ADHD is a combination of the psychological and pharmacological treatments with the intervention of an educational psychologist.

The mechanisms that link a low-quality diet and ADHD are still unknown. Previous scientific studies have associated some dietary patterns (diets with processed food and low in fruit and vegetables) with ADHD. However, it is known that an unbalanced dietary pattern can lead to deficiencies in essential nutrients (iron, zinc, magnesium, omega-3 fatty acids, etc.) for the cognitive and physical growth and they seem to play an essential role in the etiology of ADHD.

A total of 120 children and adolescents (60 diagnosed with ADHD and 60 controls) were studied in this study, which has been financially supported by the Instituto de Salud Carlos III (Institute of Health Carlos III). According to María Izquierdo Pulido, member of the Biomedical Research Center Red-Fisiopatología de la Obsidad y Nutrición (CIBERobn) of the Instituto Salud Carlos III “this new research doesn’t establish a cause-effect relation between dietary patterns and ADHD, but it can help determining specific dietary strategies to improve the quality of life for both the affected patients and their families.”

The relation between an unhealthy diet and ADHD could also be an example of reverse causation. “We don’t know if these kids suffer from ADHD due an unhealthy diet,’ says José Ángel Alda, psychiatrist at Sant Joan de Déu University Hospital, ‘or if the disorder makes them to eat an excess of fat and sugar to balance their impulsiveness or emotional distress. We believe this is a vicious circle: the impulsiveness of children with ADHD makes them to eat unhealthily; therefore they don’t eat the nutrients they need and it all worsens their symptoms.’

Mediterranean diet, rich in fruits, vegetables and healthy fats, provides most of the nutrients in the right proportion. The new study doesn’t state that the Mediterranean diet could be a protection factor against ADHD but it indicates that children and adolescents need healthy diets, since this is a moment when their bodies need the best nutrients to grow properly and reach a healthy life during adulthood. The authors of the study believe more studies are needed to determine if a change in dietary habits towards a healthy diet -such as the Mediterranean one- could serve to reverse or improve ADHD symptoms.