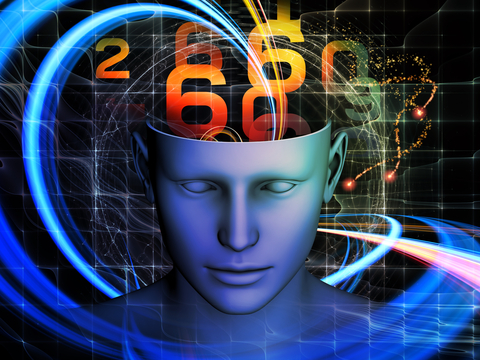 Memory is the retention of information over time. Although the word memory may conjure up an image of a singular, “all-or-none” process, it is clear that there are actually many kinds of memory: sensory register, short-term memory, long-term memory, visual memory, auditory memory, and sequential memory, to name but a few. Each of these may be somewhat independent of the others, are foundational skills of reading, spelling and learning, and improving them is fundamental towards overcoming difficulties in these areas.

One prominent view conceives of memory as the flow of information through the mind. In a number of statements about this view, three broad stages of information processing can be distinguished. First, there is the sensory register, a very short-term sensory memory of the event.

Roughly speaking, sensory register concerns memories that last no more than about a second or two. Iconic memory refers to visual sensory memory, and echoic memory to auditory sensory memory.

If a line of print were flashed at you very rapidly, say, for one-tenth of a second, all the letters you can visualize for a brief moment after that presentation constitute your iconic memory.

Your iconic memory, together with your ability to discriminate between foreground and background, determines your eye-span. Eye-span is one of the skills that determine reading speed.

At the second level is short-term, or working memory.

Students who have deficits in registering information in short-term memory often have difficulty remembering instructions or directions they have just been given, what was just said during conversations and class lectures and discussions, and what they just read, says Glenda Thorne, Ph.D., in her article ’10 Strategies to Enhance Students’ Memory.’

At the third level is long-term memory.

Long-term memory lasts from a minute or so to weeks or even years. From long-term memory you can recall general information about the world that you learnt on previous occasions, memory for specific past experiences, specific rules previously learnt, and the like.

“Students who have deficits in the storage and retrieval of information from long-term memory may study for tests, but not be able to recall the information they studied when taking the tests,” says Thorne. “They frequently have difficulty recalling specific factual information such as dates or rules of grammar. They have a poor memory of material learnt earlier in the school year or last year. They may also be unable to answer specific questions asked of them in class even when their parents and/or teachers think they really know the information.”

Various researchers have stated that as much as eighty percent of all learning takes place through the eye with visual memory existing as a crucial aspect of learning.

Most learning-disabled students have serious deficiencies in the area of visual memory, states Addie Cusimano in her book Learning Disabilities: There is a Cure. “Children who have not developed their visual memory skills cannot readily reproduce a sequence of visual stimuli. They frequently experience difficulty in remembering the overall visual appearance of words or the letter sequence of words for reading and spelling. They may remember the letters of a word but often cannot remember their order, or they may know the initial letter and configuration of the word without having absorbed the details, that is, the subsequent letters of the word. As a result, these students fail to develop a good sight vocabulary and frequently experience serious writing and spelling difficulties.”

A weakness in auditory memory can have serious consequences in the realm of learning for students, says Cusimano.

Auditory memory involves being able to take in information that is presented orally, to process that information, store it in one’s mind and then recall what one has heard. Basically, it involves the skills of attending, listening, processing, storing, and recalling. Because students with auditory memory weaknesses pick up only bits and pieces of what is being said during a classroom lecture, they make sense of only little of what is said by the teacher. Afterwards they are able to recall only a small amount or none of what was said.

Students with auditory memory deficiencies will often experience difficulty developing a good understanding of words, remembering terms and information that has been presented orally, for example, in history and science classes.

These students will also experience difficulty processing and recalling information that they have read to themselves. When we read we must listen and process information we say to ourselves, even when we read silently. If we do not attend and listen to our silent input of words, we cannot process the information or recall what we have read. Therefore, even silent reading involves a form of listening, says Cusimano.

Many learners with reading difficulties have poor visual sequential memory, i.e. a poor ability to perceive things in sequence and then remember the sequence. Naturally this will affect their ability to read and spell correctly. After all, every word consists of letters in a specific sequence. In order to read one has to perceive the letters in sequence, and also remember what word is represented by that sequence of letters. By simply changing the sequence of the letters in name, it can become mean or amen.

Some also have poor auditory sequential memory, and therefore may be unable to repeat longer words orally without getting the syllables in the wrong order, for example words like preliminary and statistical.

Kindly let us know where you are based so we can refer you or make recommendations. One purpose of Edublox is to develop and enhance cognitive skills. Recent studies have shown that many children with ADD/ADHD have impairments in cognitive skills, especially working memory. Working memory is the cognitive system responsible for the temporary storage and manipulation of information – our ‘engine of learning’. Working memory has also shown to be the primary indicator of academic performance.

I have a 8 yr old in grade 2, he is struggling with reading, remembering things, maths etc can you please provide me with information, I am based in Rustenburg North West Province

Hello Una, kindly contact any of the Edublox clinics for information about our home programs: http://www.edubloxsa.co.za/contact-us/ And then kindly like our Facebook page because we are currently developing a great alternative for people who are too far from an Edublox clinic to attend classes: https://www.facebook.com/Edublox