Mirror Writing — When to Worry 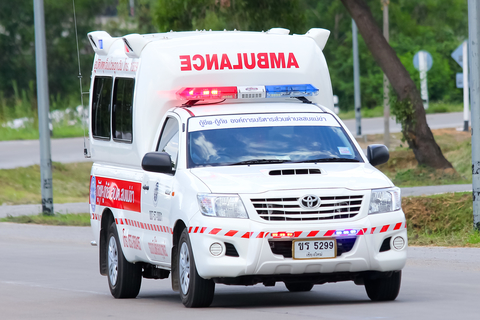 Picture yourself on a cold, rainy day, condensation on the windows. You want to write ‘bye-bye’ to your daughter waving at you from the house. In order to be read by her, you would need to write in reverse on the inside of the window, transforming your habitual writing actions to do so. This is ‘mirror-writing’ – reversed writing that looks normal when viewed in a mirror.

The most common modern usage of mirror writing can be found on the front of ambulances, where the word “AMBULANCE” is often written in very large mirrored text, so that drivers see the word the right way around in their rear-view mirror.

Leonardo da Vinci (1452-1519), Italian Renaissance painter, most popularly known for his fresco The Last Supper and his painting Mona Lisa, was also a sculptor, engineer, architect, inventor, scientist and naturalist. And he is the most celebrated mirror writer to date. He usually used mirror writing, starting at the right side of the page and moving to the left. Only when he was writing something intended for other people did he write in the normal direction.

No one knows the true reason Leonardo used mirror writing, though several possibilities have been suggested:

.
While mirror writing is considered to be normal during the preschool phase, it should alert parents and teachers if it continues after formal reading and writing instruction has begun. If it continues it indicates a visual perceptual deficit, especially with visual discrimination of position in space. More specifically, the person is unable to discriminate between left and right, has a problem with the reading direction, and might also be unable to cross the midline. Deficits in other foundational skills might contribute to this problem.