A Multisensory Approach to Teaching Reading: Question and Answer 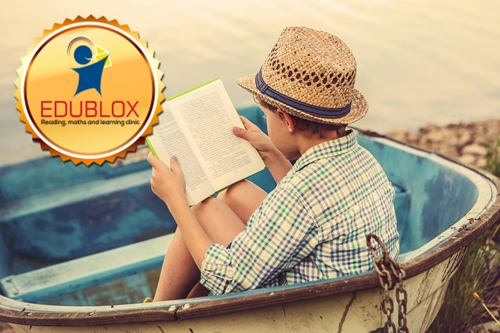 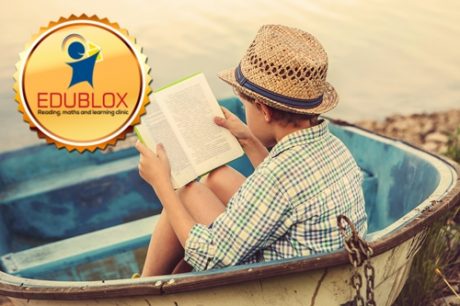 My son is dyslexic. Studies have shown that for children with difficulties learning to read, a multisensory teaching method is the most effective teaching method. Apparently, this is especially crucial for a dyslexic child. What does multisensory mean? How will I use this approach to teach my son to discriminate between b’s and d’s?

Multisensory means that you will teach a child to read through more than one of the senses. Because the child with a reading difficulty has problems with either visual processing or auditory processing or both, it is recommended that you teach reading by involving not only the visual and auditory senses, but also the use of touch and movement (kinesthetic). For example, to teach a child to discriminate between a ‘b’ and a ‘d’ – the majority of dyslexics experience confusion over the direction of ‘b’ and ‘d’ – the teacher might give the child a kinesthetic experience of the letter ‘b’ by getting the child to draw the letter really large on the carpet, and a tactile experience by getting him to make the letter out of clay.

A commonly used ‘trick’ to remember the direction of ‘b’ and ‘d’ is to show the child the word “bed” on a card.

.
Then ask him to hold his hands in front of the card, and, forming his first finger and thumb into a ring and pointing the other three fingers straight up, to mimic the shapes of the letters. Help him to sound out the word “bed” while noticing that ‘b’ and his left hand starts the word, whilst ‘d’ and his right hand finishes it.

While this method might work for some children who confuse ‘b’ and ‘d’, it is ineffective for most. There is a much more viable solution to the problem.

Address the cause, not the symptoms

The inability to discriminate between a ‘b’ and a ‘d’ is a usually caused by a visual perceptual problem, specifically a problem with processing position in space.

Before one can read or learn anything, one has to become aware of it through one of the senses. Usually one has to hear or see it. In other words, perception must take place. Subsequently one has to interpret whatever one has seen or heard. In essence then, perception means interpretation. Of course, lack of experience may cause a person to misinterpret what he has seen or heard. In other words, perception represents our apprehension of a present situation in terms of our past experiences, or, as stated by the philosopher Immanuel Kant (1724-1804): “We see things not as they are but as we are.” 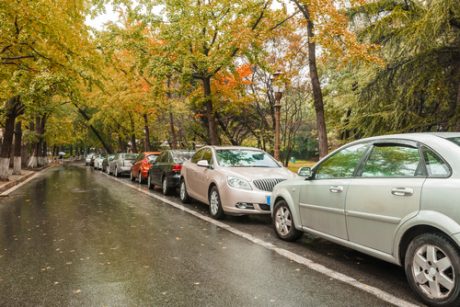 Suppose a person parked his car and walked away from it while continuing to look back at it. As he went further and further away from his car, it would appear to him as if his car was gradually getting smaller and smaller. In such a situation none of us, however, would gasp in horror and cry out, “My car is shrinking!” Although the sensory perception is that the car is shrinking rapidly, we do not interpret that the car is changing size. Through past experiences we have learned that objects do not grow or shrink as we walk toward or away from them. We have learned that their actual size remains constant, despite the illusion. Even when one is five blocks away from one’s car and it seems no larger than one’s fingernail, one would interpret it as that it is still one’s car and that it hasn’t actually changed size. This learned perception is known as size constancy.

The human body consists of two halves, a left side and a right side. The human brain also has two halves, which are connected by the corpus callosum. Mindful of the wise words of Immanuel Kant that man does not see things as they are but as he is, it is inevitable that a person will interpret everything in terms of his own sidedness. A child or adult, who has not learned to interpret correctly in terms of his sidedness yet, who has not learned to distinguish properly between left and right, will inevitably experience problems when he finds himself in a situation where he is expected to interpret sidedness. One such a situation, where sidedness plays a particularly important role, is when a person is expected to distinguish between a ‘b’ and a ‘d’. It is clear that the only difference between the two letters is the position of the straight line — it is either left or right.

Carole Derrick, a teacher in the USA, reported: “After working for 6 weeks with Allen who is functioning at a non-reader level with a fragile self-esteem, I have witnessed academic progress as well as a boost in self-confidence… Allen’s difficulties with dyslexia has improved. In the first 3 weeks of the program, Allen was reversing letters frequently (b for d; on for no). If such reversals occur during the 6th week, he usually corrects himself.”

Mrs. K. G. Robertson wrote: “My son has tried the following: Remedial teaching, extra lessons and occupational therapy. Unfortunately, although there was an improvement my son’s problem remained. This resulted in him avoiding any reading and writing. He developed behavioural problems. He was ashamed of his dyslexia. We started your programme and within a period of two months he improved to the extent that he will pick up and read a newspaper or magazine of his own free will – without prompting. He has stopped reversing and substituting the letters b, p, and d. He writes messages freely. Your programme has made an immense difference.”