Neuroplasticity: An Extraordinary Discovery of the Twentieth Century 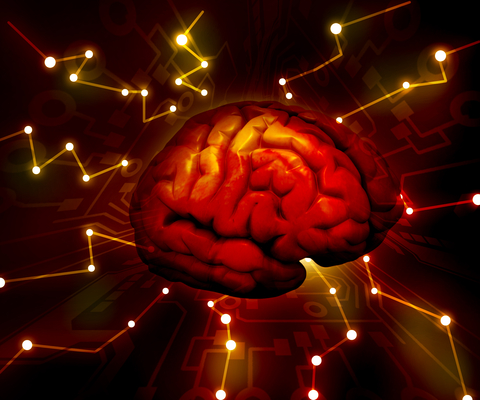 In the past few years neurologists have dismantled, piece by piece, the entrenched view that the human brain is fixed and unchanging in adults. It was long believed that once we grow up, our brains have a set number of neurons performing functions in a fixed way.

According to the theory of neuroplasticity, thinking, learning, and acting actually change both the brain’s functional anatomy from top to bottom, and its physical anatomy. Canadian psychiatrist Norman Doidge has called neuroplasticity one of the most extraordinary discoveries of the twentieth century.

The brain is plastic throughout life – it is constantly changing. Changes associated with learning occur mostly at the level of the connections between neurons – new connections can form and the internal structure of the existing synapses can change. New neurons are constantly being born, particularly in the learning and memory centers. When you become an expert in a specific domain, the areas in your brain that deal with this type of skill will grow.

Understanding of brain plasticity has its roots in animal brain research conducted in the 1950s, which was designed to investigate whether environment had any effect on the structure and function of the animal brain. Researchers designed a study of rodents raised in two distinct environments: enriched and un-enriched. The animals raised in un-enriched environments were kept in isolation and had no running wheels or toys to play with. When the two groups of rodents were compared following autopsy, results yielded significant differences in their brains. The rodents raised in an enriched environment had a larger cortex, more cellular connections (synapses that lead to brain reserve), and the formation of new brain cells (neurogenesis) in the hippocampus (the structure critical to new learning and memory).

While the research offered highly significant and important findings regarding the effect of the environment on brain structure in animals, the critical issue of whether the same findings could be established for humans remained unknown until 1998.

The Plasticity of the Human Brain

1.) A study in 2000 discovered that London taxi drivers have a larger hippocampus, a brain structure known to be heavily involved in learning routes and spatial representations, than London bus drivers. The study found that the size of the hippocampus correlated with the length of time being a taxi driver, suggesting that driving taxis may develop and change the hippocampus.

2.) Neurologist Arne May and colleagues at the University of Regensburg asked 12 people in their early 20s, most of them women, to learn a classic three-ball juggling trick over three months until they could sustain a performance for at least a minute. Another 12 were a ‘control’ group who did not juggle.

The jugglers showed a significant increase of grey matter in brain area V5, which, surprisingly, is an area implicated in the processing of visual movement. “I would have predicted that it should have changed in areas known to be used for motor skills,” said Dr May. “However, it makes sense. What you need most in juggling, as a beginner, is to estimate where the ball will go and to move your hand in that direction before the ball gets there.”

3.) Plasticity can also be observed in the brains of bilinguals. It looks like learning a second language is possible through functional changes in the brain: the left inferior parietal cortex is larger in bilingual brains than in monolingual brains.

5.) Draganski and colleagues (2006) recently showed that extensive learning of abstract information can also trigger some plastic changes in the brain. They imaged the brains of German medical students three months before their medical exam and right after the exam and compared them to brains of students who were not studying for exam at this time. Medical students’ brains showed learning-induced changes in regions of the parietal cortex as well as in the posterior hippocampus. These regions of the brains are known to be involved in memory retrieval and learning.

6.) Even thinking can change the brain! One experiment involved a group of eight Buddhist monk adepts and ten volunteers who had been trained in meditation for one week. All the people tested were told to meditate on compassion and love. Two of the controls, and all of the monks, experienced an increase in the number of gamma waves in their brain during meditation.

As soon as they stopped meditating, the volunteers’ gamma wave production returned to normal, while the monks, who had meditated on compassion for more than 10,000 hours in order to attain the rank of adept, did not experience a decrease to normal in the gamma wave production after they stopped meditating. The synchronised gamma wave area of the monks’ brains during meditation on love and compassion was found to be larger than that corresponding activation of the volunteers’ brains.

Use It or Lose It

Exercising or stimulating your brain is highly recommended as part of a brain-healthy lifestyle. Brain exercises have an impact on brain health thanks to the brain’s plasticity. When you exercise or stimulate your brain through new or merely unfamiliar activities, you can trigger changes in the brain, such as an increase of connections between neurons. These changes contribute to an increase in what is called your brain reserve. Research suggests that the more brain reserve, the more resistant the brain is to age-related or disease-related damages.

To better understand brain reserve, consider the following scenario: You are flying in an airplane 1000 feet above the ground. Looking down, you see two distinct scenes. The first scene is a jungle with so many trees you cannot see the ground. The second scene is an island with one palm tree blowing slowly in the wind.

A healthy brain should be like the jungle, with a tremendous number of synaptic connections. This is referred to as synaptic density and is a direct measure of brain reserve. A brain should not look like the island with one palm tree. The reason is simple. Alzheimer’s disease and other types of dementia will invade the brain and begin to cut down the neurons and synaptic connections, like a weed-whacker cutting through the weeds around your house. If the brain looks like a jungle, filled with synaptic connections, Alzheimer’s and other diseases will take a long time to show their ugly clinical face. However, if the brain looks like the island with one palm tree, the clinical signs of Alzheimer’s will manifest quickly because there is no reserve to fight it off.

Indeed, some research has shown that even though brains are diagnosed with Alzheimer’s disease at autopsy due to the presence of neuropathological changes, a significant number of these persons never demonstrated the clinical aspects of the disease in life. This is explained one way using the brain reserve concept. That is, persons who never manifested Alzheimer’s disease in life, even though they had the neuropathological characteristics in their brains at autopsy, had built up brain reserve to fight off or delay the onset of the disease.

University of N.S.W. neuroscientist Michael Valenzuela and colleague Perminder Sachdev concluded that people with high brain reserve have almost half as much risk of developing dementia as those with low brain reserve. In one sense the brain appears to be no different from the muscles of the body, said Valenzuela: “It’s a case of use it or lose it.”