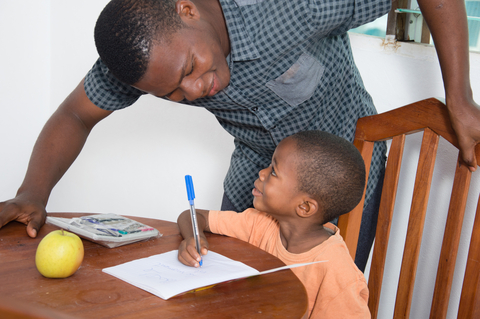 You must remember this,
A kiss is still a kiss,
A sigh is still a sigh.
The fundamental things apply
As time goes by.

These memorable words were sung by Dooley Wilson in the 1942 movie classic, Casablanca. In our technological age they continue to ring as true as they did in 1942.

The advantage of a good spelling ability in the work place was indicated by a survey of 1500 employers and employees, conducted by Office Angels, the UK’s leading secretarial and office support recruitment consultancy. This survey revealed that a full 84% of employers believe that the value of even the most excellent work can be debased by sloppy spelling and grammar. It further showed that 77% of employers regard a high degree of literacy as an essential skill, and that employees who demonstrate attention to detail are more likely to be on the fast track to promotion. Work peppered with sloppy spelling and grammar left 20% of employers fuming, while 53% perceived the employee as lazy and unprofessional. The same percentage of managers — 53% — admitted that they would not read any further once they had spotted literacy errors.

It is thus wise to make sure that a child’s spelling is on par.

Only one sequence is correct

Spelling is one curriculum area in which neither creativity nor divergent thinking is encouraged. Only one sequence or arrangement of letters can be accepted as correct; there is no compromise or leeway.

English spelling is particularly difficult. Over the centuries the pronunciation of English has deviated ever further away from the spelling. Many languages have reformed their spelling to adjust to such changes, but English has not. It teems with spelling and pronunciation challenges… words like buffet, cousin, canyon, cough, and mosquito.

What makes spelling even more difficult is that the written form of the English language has an inconsistent pattern. Only approximately 50 percent of spellings follow regular phonetic rules.

Learning is a step-by-step process

When teaching we should always keep in mind that learning is a step-by-step process. Certain skills have to be mastered first, before it becomes possible to master subsequent skills.

Although learning to spell correctly is a difficult task to master for most children, it is especially difficult — and sometimes impossible — if there are underlying shortcomings. The skill of spelling embraces many subskills. Subskills of particular importance are

(1.) the ability to analyse, i.e. to perceive the whole in its individual parts,
(2.) auditory perception of letter sounds and auditory memory
(3.) decoding skills, and
(4.) visual memory for sequences.

Shortcomings in one or more of these subskills can greatly affect a person’s spelling ability.

The first step is thus to assess for underlying shortcomings and then to address them via training. Contact an Edublox clinic for an assessment and help in this regard.

While and after dealing with the underlying shortcomings, spelling games like the four below can be played at home to teach and reinforce spelling.

Spelling game 1: Use board games, such as Monopoly

Play any game that is normally played with a dice with the child — Monopoly, for example. The parent can continue to move her token forward in the normal way by throwing the dice, but the child must orally spell a word to move forward.

To select words that can be used, the parent can use words from the child’s schoolwork that he often misspells. She must make word cards of these words. It is best to use not fewer than 20 words and not more than 30. When playing a board game, the same 20-30 words can be used, or if the child already knows how to spell them, other words can be selected. The parent must thoroughly shuffle the word cards, and then put them in a pile upside down on the table between the two (or more) players.

When it is the child’s turn to play, the parent must take a word from the top of the pile and then say the word aloud. The child must spell the word. If the child spells the word correctly, he may move his token the same number of spaces as there are letters in the word. For example, for a word of seven letters he may move his token forward seven spaces. The word card is then put aside. If, however, he misspells the word, the parent must show the word to the child, and the child must spell the word aloud three times while looking at the word, and then three times without looking at it. Then the word is put at the bottom of the pile, so that it will come up again later. If the child misspells a word, he may also not move his token for that turn.

Use the letters of a particular word, and build new words with these letters. For example, if one decides to use the word “difficulty,” one would write this word on a piece of paper and put it in front of the child.

The aim of the game is that the child must make a list of all the words he can think of using only the letters of the chosen word. It can also be played as a competition, meaning the parent can play it with the child, and at the end, the one with the largest number of correctly spelt words, wins.

Note that each letter may be used once only. The letter f appears twice in the word “difficulty,” and therefore a word like “fifty” is acceptable. “Dull,” however, is not acceptable.

Another interesting method of practicing spelling is by making word jumbles. The child then has to sort out the confused letters to come up with a word, which he has been taught before.

Words must be selected from the child’s schoolwork. Use a piece of paper, and write the word jumble on the paper. For example, if the letters “hergun” are written on the paper, the child must rearrange them to form the word “hunger.”

To play this game, the parent and child will both need a piece of paper and a pencil. Write the 26 letters of the alphabet on a piece of paper, and select a letter at random. The parent and the child must now, as fast as they can, write down a name, surname, animal and town that starts with the selected letter. The one that finishes first gives the other party only 5 seconds, before shouting “Stop!” and then all pencils must be put down.

Ten points are awarded for each correctly spelt word. If both parent and child had exactly the same word under one of the headings, for example, both had the same animal, only 5 points will be awarded if the word was correctly spelt.