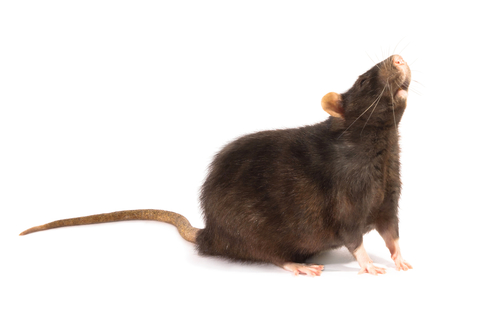 Use of the ADHD drug Ritalin by young children may cause long-term changes in the developing brain, suggests a study of very young rats by a research team at Weill Cornell Medical College in New York City.

The study is among the first to probe the effects of Ritalin (methylphenidate) on the neurochemistry of the developing brain. Between 2 to 18 percent of American children are thought to be affected by ADHD, and Ritalin, a stimulant similar to amphetamine and cocaine, remains one of the most prescribed drugs for the behavioural disorder.

“The changes we saw in the brains of treated rats occurred in areas strongly linked to higher executive functioning, addiction and appetite, social relationships and stress. These alterations gradually disappeared over time once the rats no longer received the drug,” notes the study’s senior author Dr Teresa Milner, professor of neuroscience at Weill Cornell Medical College.

The findings, specially highlighted in the Journal of Neuroscience, suggest that doctors must be very careful in their diagnosis of ADHD before prescribing Ritalin. That’s because the brain changes noted in the study might be helpful in battling the disorder but harmful if given to youngsters with healthy brain chemistry, Dr Milner says.

In the study, week-old male rat pups were given injections of Ritalin twice a day during their more physically active nighttime phase. The rats continued receiving the injections up until they were 35 days old.

“Relative to human lifespan, this would correspond to very early stages of brain development,” explains Jason Gray, a graduate student in the Program of Neuroscience and lead author of the study. “That’s earlier than the age at which most children now receive Ritalin, although there are clinical studies underway that are testing the drug in 2- and 3-year olds.”

The relative doses used were at the very high end of what a human child might be prescribed, Dr Milner notes. Also, the rats were injected with the drug, rather than fed Ritalin orally, because this method allowed the dose to be metabolized in a way that more closely mimicked its metabolism in humans.

The researchers first looked at behavioural changes in the treated rats. They discovered that — just as happens in humans — Ritalin use was linked to a decline in weight. “That correlates with the weight loss sometimes seen in patients,” Dr Milner notes.

And in the “elevated-plus maze” and “open field” tests, rats examined in adulthood three months after discontinuing the drug displayed fewer signs of anxiety compared to untreated rodents. “That was a bit of a surprise because we thought a stimulant might cause the rats to behave in a more anxious manner,” Dr Milner says.

The researchers also used high-tech methods to track changes in both the chemical neuroanatomy and structure of the treated rats’ brains at postnatal day 35, which is roughly equivalent to the adolescent period.

“These brain tissue findings revealed Ritalin-associated changes in four main areas,” Dr Milner says. “First, we noticed alterations in brain chemicals such as catecholamines and norepinephrine in the rats’ prefrontal cortex — a part of the mammalian brain responsible for higher executive thinking and decision-making. There were also significant changes in catecholamine function in the hippocampus, a centre for memory and learning.”

Treatment-linked alterations were also noted in the striatum — a brain region known to be key to motor function — and in the hypothalamus, a centre for appetite, arousal and addictive behaviours.

Dr Milner stressed that, at this point in their research, it’s just too early to say whether the changes noted in the Ritalin-exposed brain would be of either benefit or harm to humans.

“One thing to remember is that these young animals had normal, healthy brains,” she says. “In ADHD-affected brains — where the neurochemistry is already somewhat awry or the brain might be developing too fast — these changes might help ‘reset’ that balance in a healthy way. On the other hand, in brains without ADHD, Ritalin might have a more negative effect. We just don’t know yet.”