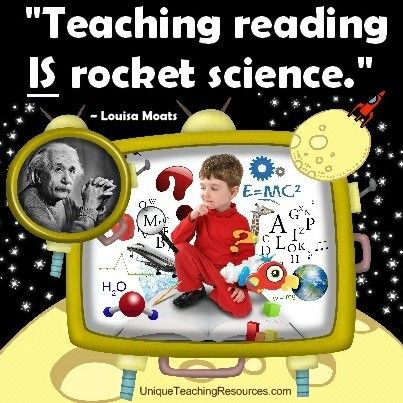 Playing the piano, to the uninitiated, is an intimidating task: learning the proper finger movements, working the pedal, reading notes, keeping time. To children with  reading disability, comprehending a simple word can be just as daunting.

Dr. Louisa Moats agrees. “Contrary to the popular theory that learning to read is natural and easy, learning to read is a complex linguistic achievement,” she writes in her booklet Teaching Reading IS Rocket Science. “For many children, it requires effort and incremental skill development.”

Reading is the fundamental skill upon which all formal education depends, says Moats, and far too many children have trouble reading and writing. Citing American statistics, she says that about 20 percent of elementary students have significant problems learning to read; at least another 20 percent do not read fluently enough to enjoy or engage in independent reading. For poor, minority children who attend low-performing urban schools, the incidence of reading failure is 60 percent to 70 percent.

Reading failure is also a reality in South Africa: we ranked last out of 50 countries in the 2016 Progress in International Reading Literacy (PIRLS) study. The study found that 78% of South African Grade 4 learners could not read for meaning.

The seriousness of reading difficulties is hard to exaggerate. Unless the child’s problem is dealt with in an adequate manner, what awaits him outside the school gates is probably nothing but a hopeless future. According to the United States Office of Technology, 25 percent of the adult population lacks the basic literacy skills required in a typical job. Among those who do not make it in life — school dropouts, incarcerated individuals, unemployed and underemployed adults — are high percentages of people who cannot read.

Edublox offers programmes that can help stem the tide of illiteracy by teaching young children to read, as well as help children and high school learners alike to overcome moderate to severe reading difficulties. Teaching reading IS rocket science and the effectiveness of our programmes is due to the fact that they are based on three universal learning principles:

i) Learning is a stratified process

The first universal learning principle is that human learning does not take place at a single level, but is a stratified process. This is generally accepted worldwide as a didactic principle. Throughout the world in variant educational systems, it is commonly accepted that a child must start at the lower levels of education and then gradually progress to the higher levels.

If human learning had not been a stratified process, but rather taken place at a single level, this would have been unnecessary. It would not have been important to start a child in Grade 1. In fact, it would have been possible for the child to enter school at any level and to complete his grades in any order.

In the same way, there are certain skills and pieces of knowledge a child must have acquired before it becomes possible for him to benefit from a course in reading.

The main objective of our programmes is to practise and automatise the skills that underlie reading. Foundational reading skills include mental skills such as divided attention; interpretation of position in space; form perception; processing speed; and visual, auditory, sequential and working memory.

ii) Automaticity is the result of repetition and practice

Acquisition of a new skill is generally associated with a decrease in the need for effortful control over performance, leading to the development of automaticity. Automaticity by definition has been achieved when performance of a primary task is minimally affected by other ongoing tasks. People often refer to automaticity by saying they can do the task “on auto-pilot” or “in my sleep.”

Examples of automaticity are common activities such as walking, riding a bicycle, driving a car and speaking. Any person, who speaks a language that he knows well, does not concentrate on vocabulary or sentence construction or grammar. His mind is focused on what he wants to say. As explained in the Journal of Learning Disabilities, “if the skill on the primary task is automatised, it will not be disrupted by concurrent processing of the secondary task because automatic processing does not take up attentional resources.”

If, on the contrary, the skill is not automatised, it will be disrupted by concurrent processing of a second skill because two skills are then competing for limited attentional resources. Therefore, when a person attempts to speak a language in which he has not yet become fluent or ‘automatic,’ he will necessarily have to divide his attention between the content of his message and the language itself. He will therefore speak haltingly and with great difficulty.

This also applies to the act of reading. The person, in whom the foundational skills of reading have not yet become automatic, will read haltingly and with great difficulty. The poor reader is forced to apply all his concentration to word recognition, and therefore has “no concentration left” for content. As a result, he will not be able to read with comprehension.

Automaticity is usually the result of learning, repetition, and practice. The main process by which we develop automaticity is called overlearning (also called overtraining). Overlearning is a pedagogical concept according to which newly acquired skills should be practised well beyond the point of initial mastery, leading to automaticity.

Overlearning is a tool frequently used by people who address audiences or perform in public. A violinist, for example, doesn’t stop learning a piece once he has initially mastered it. Instead, he continues to practise that piece so that it becomes automatic and there is little possibility of forgetting it when performing in front of a large crowd. Similarly, actors, dancers, and other musicians may calm the jitters by overlearning their parts, and may actually improve their performance by continuing to practise beyond initial memorisation of lines, steps, or musical notes.

iii) Opportunities for application are key to success

The third important learning principle is that there must be opportunities for application. Even while learning to master the skills that form the basis of reading, a child can and should already be given opportunities to apply these skills in the act of reading.

An important point is that these three fundamental learning principles should be viewed as a whole, and not in isolation. Any botanist will tell you the same thing: it is the interaction of the amount of water, sunlight and fertiliser that will cause a tree to bear large, juicy fruit. If you only water the tree six weeks after you have hoed the fertiliser into the ground, you are bound to return to a withered tree.

Contact an Edublox clinic today, and give your child the gift of reading!