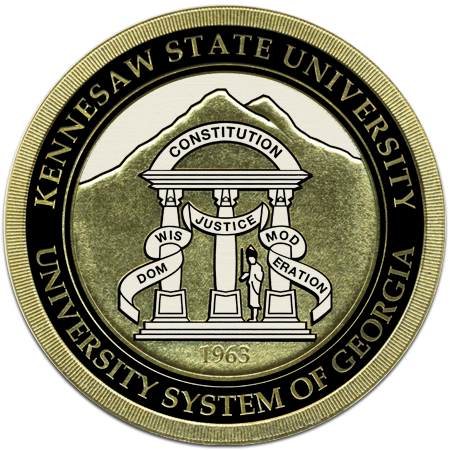 The purpose of this study is to evaluate the Audiblox Learning Program and determine its effectiveness on ADD and dyslexic students.

The study was conducted in an elementary school, K-5, in Cobb County School System. The resource teacher worked with the student in her classroom — a portable unit — with which the student is very familiar. Some of the sessions were done after school while others were at the end of the school day during her planning time. During a holiday break, the parent, who was trained, took over the daily 30 minute session. No sessions were held on the weekend.

Allen is an 11 year old male in the fifth grade. He has been retained one year. In February of his 4th grade year, he was diagnosed learning disabled and has been served in a resource class for three hours daily. One hour of his time in resource is in an inclusion class with both the regular education and special education teachers collaborating. Allen is functionally dyslexic. Not only does he write individual letters and numbers in a mirror image but he also reverses 2 and 3 letter words and numbers (saw becomes was; on, no; 135, 531).

Allen is the second of 4 children in middle class family. His mother is paraprofessional in a kindergarten at another school; his father is in a management position.

He entered his current school at the beginning of his fifth grade year. Both his classroom and his resource teachers expressed concerns at him being able to function in a fifth grade classroom. Allen has a cooperative, positive attitude toward school, a definite strength among academic weaknesses. Both teachers and parents indicated a low self-esteem in that he would cry when becoming frustrated in class and at home. In the classroom he became easily distracted and indifferent at what the rest of the class was doing. He demonstrated difficulties in independent work that was even on his level.

Allen was eager for our daily sessions and anxious that they continue during the school holidays. He tried very hard and demonstrated much concentration when working with the program. He seemed to be the perfect student for the Audiblox Program in that he was ready to learn and frustrated at his inability to keep up with his peers.

After working for 6 weeks with Allen who is functioning at a non-reader level with a fragile self-esteem, I have witnessed academic progress as well as a boost in self-confidence. Allen has shown improvement in working independently. Periods of inactivity and off-task behavior have decreased. In other subject areas such as math and social studies, Allen’s grades have improved dramatically. He passed his first social studies test this school year, scoring 85%. His classroom teacher has noted improvement in his reading skills. Perhaps the most rewarding progress has been in the area of self-esteem. Allen has shown confidence in oral reading with resource peers out of third grade level material. Parents have noted a decrease in tears and frustration at home when homework is involved. His mother has even noticed Allen wanting to read other materials independently.

Before introducing the Audiblox Program to Allen, I questioned his ability to attend to a task for an extended length of time. By the 4th week into the program, he was up to sequencing 30 blocks in that exercise, a remarkable achievement. Allen’s level of concentration, especially when he is “reading” the blocks, is high. Most of his mistakes on the exercises are reversals of 2 blocks.

Another strength that has helped Allen is his visual memory. He remembers and reads the sequences as well as the patterns. We started out with 2 block patterns, and by the 6th week, he was working with 9 block patterns successfully. While his visual memory skills are beneficial to reading, he is also reading the vocabulary words. I can see and hear him sound out words phonetically when he does not instantly recognize the word. Allen’s difficulties with dyslexia has improved. In the first 3 weeks of the program, Allen was reversing letters frequently (b for d; on for no). If such reversals occur during the 6th week, he usually corrects himself.

An Eckwall Reading Inventory done before introducing the Audiblox Program indicated frustration level with sight words for Allen at the 1st grade level. The same inventory was done after 6 weeks into the program. When reading a 1st grade level passage, Allen’s percentage of errors dropped from 32% to 13%. The same passage, that was read in 3 minutes and 50 seconds previously, was completed in 3 minutes the second time.

The Audiblox Program has given hope to a child who knew he was different, tried to fit in with his peers, and experienced failures in any aspects of school. His newly found confidence has allowed him to raise his hand in a classroom, dared him to try written material presented to him, and opened a world of “I can” instead of “I can’t” on new material.

Most of the students I teach in a resource classroom have suffered failures in the regular class like Allen — some more than others. I would definitely use this program with other students and, if scheduling permits, in small groups. Research has shown its effectiveness in large groups as well.

There are many beneficial aspects in the Audiblox Program. One of the most obvious is the time spent with the student. Spending 30 minutes daily one-on-one with any child is going to produce positive results. Getting the student to focus at the start of the session with a hands-on activity, using spatial activities, and varying the exercises are all good teaching strategies.

Allen still has a long way to go academically to catch up with his peers. It is to be hoped that he will continue at the pace he has started. Thanks to the Audiblox Program, he now has some tools to help him on this journey and make the trip more pleasant and rewarding.