A Fighter Who Does Not Give Up 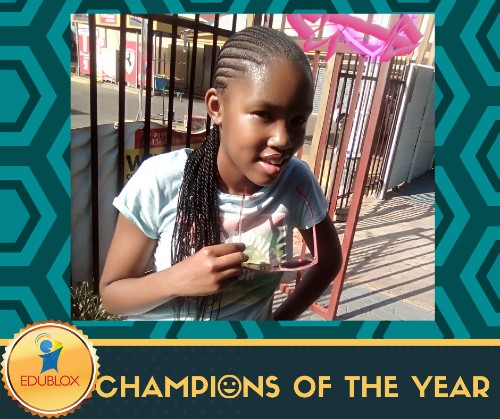 Batsaka was just a happy and healthy 1 year and 9 months-old, running around like any other of her age. Just before she turned 2, she suddenly lost her sense of balance. It started with her falling on her back when sitting on the floor, then falling when she was walking. This problem happened so fast that in a week’s time she could not pick herself up from bed after sleeping.

Since then, she’s been moving from one hospital to another, and doctors could not find out what was wrong with her. She got admitted for 2 weeks to a hospital and was seen by a paediatric neurologist. MRIs, EEG, Lumbar puncture, and endless urine and blood tests failed to confirm a diagnosis. It was such a traumatic event for us to leave a hospital with a child who was getting worse and regressing developmentally, with no medical diagnosis other than the suspision of ‘Acute Cerebral Ataxia,’ based on her loss of body balance and uncoordinated movement of legs. The only prescription she got was a multivitamin. We were told that the suspected illness will go away on its own, max in 6 months, but has no treatment.

Six months passed with no improvement, but regression. Years went by. Out of desperation for answers and treatment, Batsaka went from one paediatrician to another… 5 to be specific. She started having dancing eyes (rolling eyes), and she could not speak anymore but mumbled. It was difficult to express herself or her feelings. Her appetite dropped, and she moved from being a chubby little girl to a skinny one. I remember seeing her ribs from her tummy.

Speech therapists, physiotherapists and other therapists we could think of didn’t know what to do with her, because there was no diagnosis. The medical aid got exhausted and finances also became an issue as her illness affected my career.

What made it more painful to bear is that she wanted to continue to do what her peers were doing, but she was falling a lot and hurting herself. She would cry every day from bumping and falling, until her cries could not come out of her vocals anymore. It became evident that there is no medical intervention that could diagnose, heal, or treat Batsaka.

I submitted her life to God and asked HIM for guidance. To use me for her deliverance. The eyes saw a very ataxic child getting worse; the spirit and the soul saw and believed in an abled, healthy child.

I refused to give up on her and never made her think or feel there’s anything out of the ordinary. I gave her limitless space and an environment to be and to do whatever she wanted. She would adapt to her environment and crawl around, walk with things or lean on stuff for support. I went out everywhere with her and exposed her to a normal environment. I believed in and committed to stimulating the brain to miraculously create new neurological pathways. I refused to put her in a wheelchair but focused on toys and activities that would stimulate her fine and gross motor development. I would allow her to walk barefoot most of the time. She loved dancing and singing (though she was mumbling). So praying, body massages, stimulating physical and learning activities were the order of the day. I knew her so well I could identify the smallest improvement and milestones that no one would notice.

At 4 and half years old, Batsaka took baby steps, the same baby steps that excited everyone when she was 10 months old. Since then, she has never regressed developmentally. She became stronger and stronger from gaining movement, balance and walking independently. Her speech slowly came back. Her mental and social skills also improved over time. God’s Mercy and promises were witnessed.

She started nursery 2 years later than her peers. What I realised was that, though her physical development had improved, her cognitive development was taking a much slower pace. For Batsaka, anything is possible, and the sky is the limit. We tried various schools. My number one priority was to find a school or a learning environment that will allow her to be uniquely who she is, rather than be in a silo or confined to a certain disability that will limit her to be the best that she can be.

The internet search connected me to Mareli Swart from Edublox Montana in 2018. Not only was she able to ‘get my frustrations as a parent,’ she could highlight cognitive or learning challenges that Batsaka was having, and demonstrated how Edublox works. As parents, we gave Edublox a try after spending an enormous amount of money on previous schools. We decided she should repeat Grade 3. We have not looked back since.

Look at her today. You would never believe that this is a child who could not walk, talk, or was ataxic. She likes running a lot. Through Edublox, Batsaka has improved in reading, writing and math. Her favourite subjects are Natural Science, Geography, Maths and anything that inspires her creativity, and handwork. She has been receiving performance awards from Edublox every year, and her social skills have also improved. Most Edublox teachers love the fact that she is a humble, confident and dedicated worker — eager to learn. She really loves her schoolwork. Though she is shy to make friends, she’s still a jolly one to have around when with her few friends.

She is a fighter and doesn’t give up. These are lessons that were instilled in her from childhood, and Edublox is the right place to take these lessons to the next level, so she can be the best she can be — without limitations.

COVID-19 presented lots of challenges for everyone at home. Work and school time interfered with personal life on a full-time basis. I must applaud Edublox Montana for their dedicated effort in helping learners keep abreast of their learning schedules. It wasn’t easy working from home, and to help with Batsaka’s schoolwork, but she took a lead and tried to attend to schoolwork sent via email and WhatsApp. She requested a video chat with her teachers when she struggled.

When the schools reopened in June, she did extremely well.