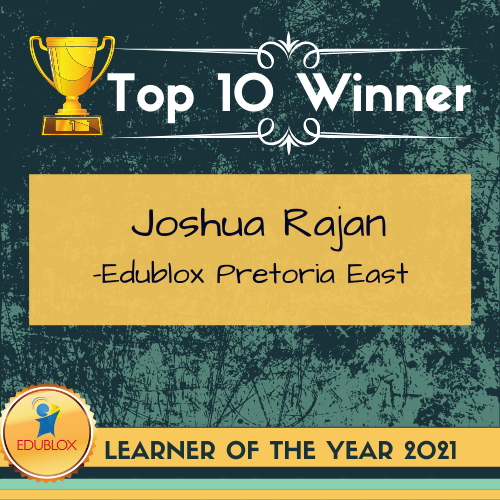 Joshua is 9-year-old boy with a big smile and a bigger heart. During his foundation phase, we had to relocate from the Northern Cape to Witbank. During this relocation, he joined a private school as a Grade 1 scholar. From the time of this relocation, he struggled with his reading and this affected his ability in other subjects. With the dedicated support from his mom, he managed to pass Grade 1 and move on to Grade 2 in the academic year of 2019.

In 2019, he continued to struggle with his reading and this problem was further compounded by a teacher who might have been less patient and less supportive than he needed. His mom ended up putting in much more time and his confidence was being eroded with each passing day. By mid-year, we struggled to motivate him and his teacher suggested extra classes. We decided to enrol him with Edublox Witbank in the latter half of the year and decided to conduct some learning assessments to understand the context of his problem.

No doubt, his worries about schoolwork and further assessments might have solidified his view that something was wrong with him. Through the ensuing Edublox assessments, we concluded that during the relocation, he not only changed schools but also changed curriculums. As a result, Joshua probably missed a key part of his foundational learning and thus was not able to keep up with other kids in his class. Despite this, he managed to just pass Grade 2 due to passionate efforts from his mom.

In 2020, we unfortunately had to relocate again from Witbank to Pretoria. Joshua joined Lynnwood Ridge Primary School and was immediately enrolled at Edublox Pretoria East. We were deliberate to explain his concerns with both the school and Edublox, and together crafted a programme to monitor and support Joshua. Within the first month in Grade 3, after consultation with his teacher, we took a very difficult decision to keep him back and rather redo Grade 2. This decision further eroded Joshua’s confidence and the school recommended some therapy. During this time, Joshua dreaded reading and would often pick up a few words in the sentence and imagined his way around the sentence.

These Edublox classes were scheduled twice a week and we had to find ways to fit other classes, like karate, around the Edublox schedules. He remained very diligent in his Edublox classes through the bulk of the lockdown as classes became virtual. Despite the pandemic-related distractions, we noticed a gradual improvement in grades. Through dedicated effort from staff at Edublox Pretoria East, his teachers and his mom, Joshua progressed from Grade 2 to Grade 3 in 2021 and we could see a gradual improvement in his ability to read.

This reading ability in Grade 3 soon reached a point where he could keep up with his classmates and in the later part of 2021, he started excelling in all his subjects. In the spring of 2021, like a flower, his confidence started to blossom. His teacher’s comments at the end of his term 3 reads as follows: “Joshua is a conscientious and polite learner who listens well and produces work of a high standard in English. Joshua enjoys reading and does so fluently and with expression. Well done!” 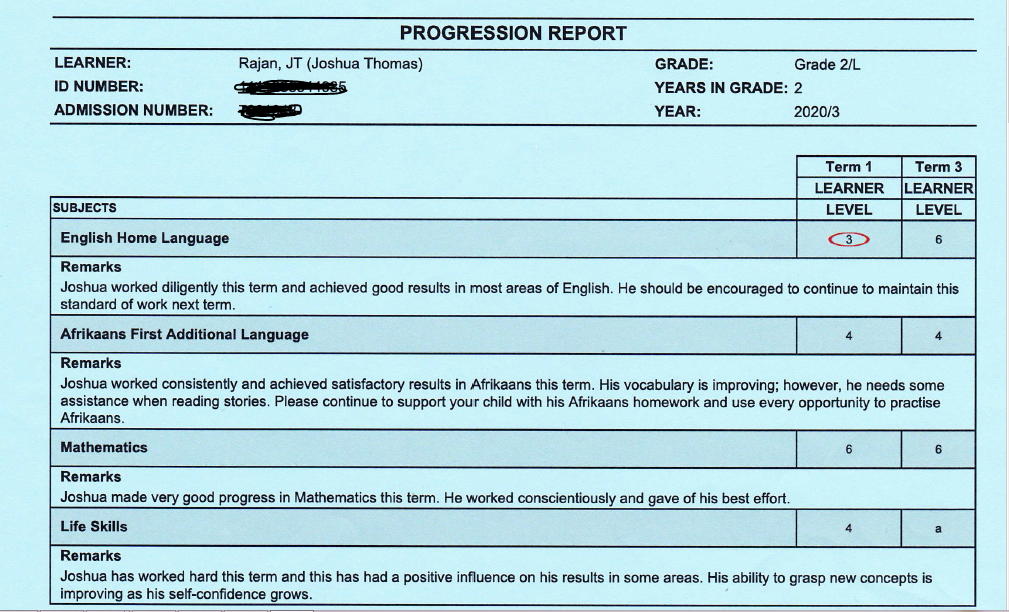 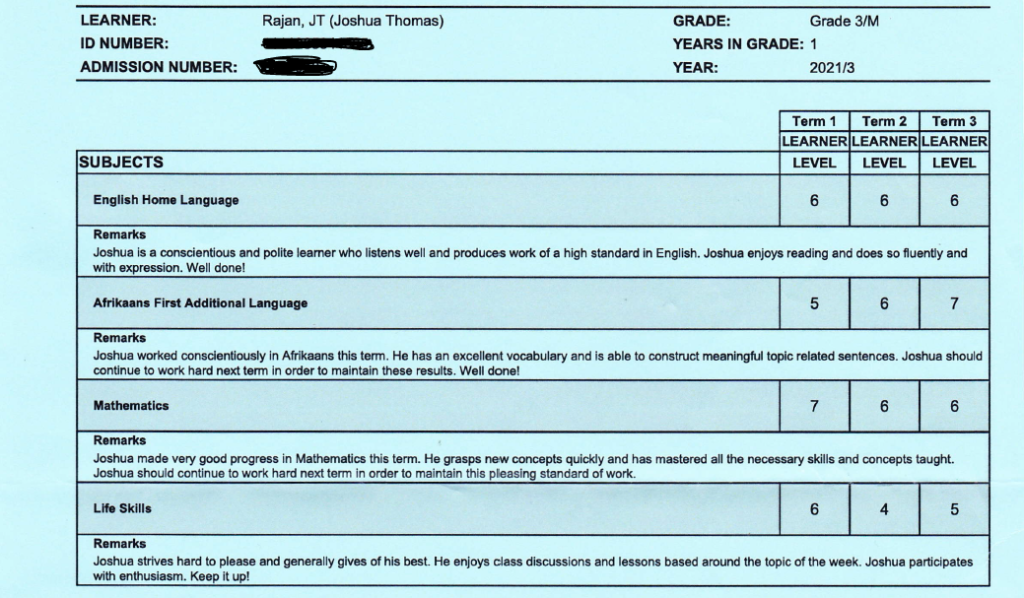 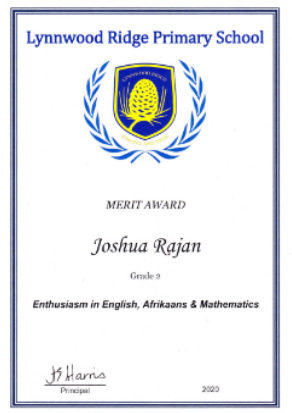 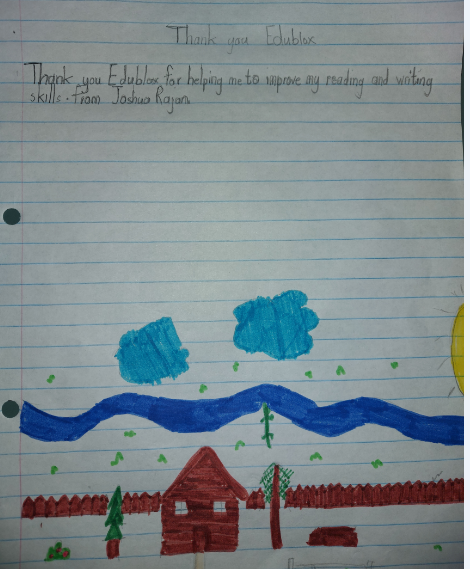