His Marks and Memory Have Improved, He Is a Happy Child Again 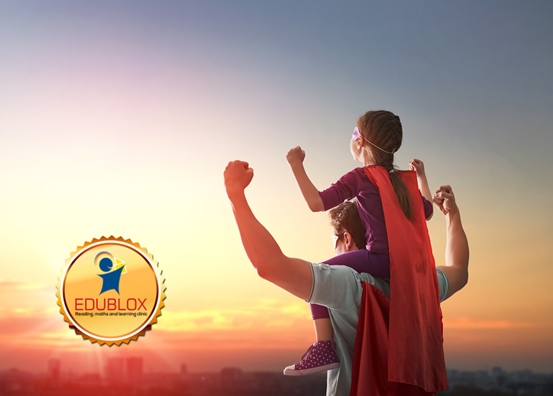 Jethro-Storm had been battling academically ever since Grade R. He started his school career being very shy and with very little confidence; he had a lisp and a stutter.

Half-way through the year, at parents evening, it was suggested that we make use of their speech therapist as the lisp and stutter were hampering his reading and he was becoming more of an introvert because of it.

Going into Grade 1, Jethro-Storm was seeing the speech therapist twice a week and his class teacher was doing extra work with him, when she had the time, to try and help him keep up with the rest of the class.

Half-way through Grade 1 the teacher suggested that we make use of their remedial teacher as he was still struggling to keep up with the rest of the class and chances were that he would have to repeat the grade.

He was now seeing the speech therapist and the remedial teacher four afternoons a week. This carried through to Grade 2 and every day was a battle for him; tears were shed on a daily basis and report time was a stress on everyone.

We were then told to go to a neurologist as they were concerned about his development and concentration.

They did a battery of neurological tests and he was put onto Ritalin which I was not happy about. He never wanted to eat, he lost weight, and I couldn’t see any difference in his concentration at all. The results I saw were just negative.

So, in a nut-shell, Jethro-Storm scraped through Grade R, Grade 1 and Grade 2.

I started working at Edublox Kempton Park in the November of his Grade 2 year. I was amazed at the memory that some of the kids had. I spoke to dad and we decided to bring Jethro-Storm for an assessment; we had nothing to lose after all.

The results were a big shock to us. We knew he hated reading because it was an uphill battle for him, but he scored relatively weak on all the other tests too.

He started his Edublox classes with us in January 2019.

We worked on the exercises every day at home. His reading and spelling improved dramatically; we were so proud of him. By June I weened him off the Ritalin.

We decided to swop the one day a week for a Mathblox class to work on his mathematical foundations. His maths marks were low and as a result, he lost interest in even trying. He said he could never understand what to do.

Since signing up with Edublox, Jethro-Storm’s confidence has grown, his marks have improved, his memory has improved, and he is a happy child again. He has made friends with all of the kids that attend on the same days as him. When they arrive here, they all run to my class to look for him. He can now remember a pattern of 7+ blocks, a sequence of 17+ blocks and on a good day, his auditory can be a 6. He regularly gets stickers for his improvement with the Online Tutor. We are so proud of him at home and at Edublox Kempton Park.

As a mother, the most important thing to me is that his confidence has been boosted, and I firmly believe that if a child is confident, they can conquer anything.