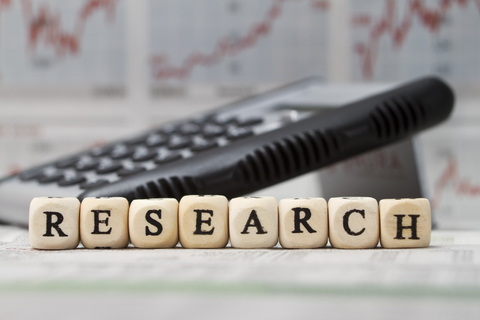 In 1987 Wynand de Wet (now Dr. de Wet), did his practical research for an M.Ed. (Psychology) degree on the Audiblox program at a school for the deaf in South Africa. The subject of the research project concerned the optimization of intelligence actualization by using Audiblox.

Twenty-four children with learning problems participated in the study, and were divided into 3 groups.

The children in Group A received Audiblox tutoring. The children were tutored simultaneously in a group by means of the Persepto for 27.5 hours between April 27 and August 27, 1987. The first edition of the group application of the Audiblox program was followed. No diagnostic testing was done beforehand.

The children in Group B received remedial education. They were tested beforehand and based on the diagnosis each child received individualized tutoring on a one-on-one basis for 27.5 hours between April 27 and August 27, 1987.

The children in Group C were submitted to non-cognitive activities for 27.5 hours during this period.

All 24 children were tested before and after on the Starren Snijders-Oomen Non-verbal Scale (SSON), a non-verbal IQ test that can be used for deaf children.

Dr. de Wet reported that he could do nearly all the Audiblox exercises without adaptations, except the auditory exercises. Because he had to use sign-language, the children could not close their eyes.

The average scores of the three groups on the SSON test were as follows: