The Edublox family has been a major investment in Caleb’s life. This year 2020 was an emotional roller-coaster but one constant was Edublox especially the online activities he could do during the first months of lockdown.

His language marks, English and Afrikaans, improved significantly and he enjoys it more than before; he reads without fear. Whereas previously, he squirmed at reading out loud. He loves the environment and the socialisation that it offers. My child is more confident since he started Edublox in 2019 and we do not regret one moment of enrolling him. He says that the work is interesting and not boring for one moment.

The acceptance and understanding of his ADHD give me peace of mind, that he can be himself without fear of judgement in a peaceful learning environment.

Edublox not only transformed my child’s life but also allowed for fruitful reorganizing of our family life.

Since we started Edublox in the last quarter of this year we were so worried our son would not pass grade 4. After the first class he attended with you, his energy level after the class was great and he seemed much more focused; he wasn’t tired after Edublox as he is when we fetch his after school.

After 3 lessons Fanie told me himself that he felt a difference in class since he started Edublox. He’s nail biting has become less, he’s more confident in class and as you can see in his report card, he’s improved this term.

Keep doing the great work in our children’s lives. You’re making the world a better place for our kids. 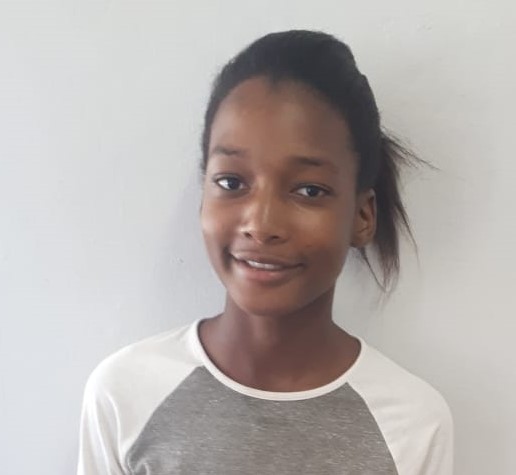 We enrolled Omphile at Edublox because she was having challenges with school performance. She was not able to read and write, and she did not have any confidence in what she was doing. Her concentration and memory were limited. Generally, she was not interested in performing academic activities.

By February 2019, she started to initiate to read the newspaper. She would ask to read for me. She was doing her homework and finished it on time. She has started to write a book about herself and what she wants to achieve in the future. She wants to invest in her future life, and she has become so confident in her abilities, and she also now talks with a lot more confidence. She also speaks up when there are other children around her; she is not so shy anymore. Her concentration has improved immensely as she now can focus without distraction, and she finishes her class work on time. Her schoolbooks and bags are neatly packed – and she does so without me having to ask her. Her school performance has improved. Above everything that was mentioned, what Edublox did for Omphile is a change in confidence and discipline towards her academic results. 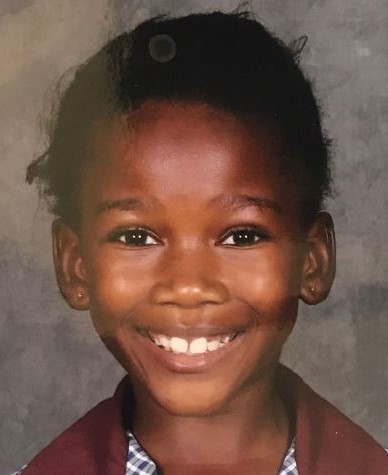 Mokgadi was enrolled at Edublox because of her poor performance in English, which caused her to fail.

Ever since she started attending her extra classes I have noticed a good change in her marks especially in English. Her marks started picking up and now she actually passes.

She is still experiencing difficulties in some of her subjects including Afrikaans.

Mokgadi fails Grade 2 after achieving an average of 38% for English: 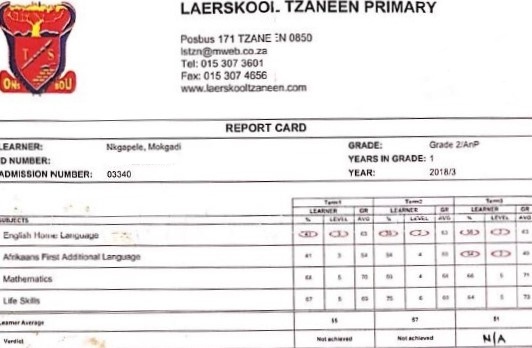 Mokgadi was condoned to Grade 3, started Edublox and achieves an average of 53% for English: 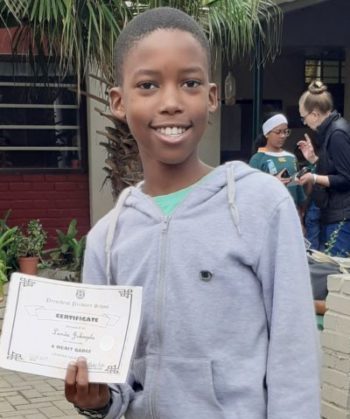 I noticed that Landa had a challenge with English Language. During term two he dropped to a level 4 and I wanted him to improve on that. This made it difficult for him to attain a merit award.

I have noticed a vast improvement on his third term performance, not only in English but in all subjects. He moved from a level 4 to a level 6 in English 😊. He grasps information easily; his memory and vocabulary have improved. Vocabulary flows easily when he is interacting with his peers. He also received a merit award 😊.

Thabang enrolled at Edublox due to his low concentration, poor spelling, writing and reading. He struggled a lot with mathematics and couldn’t memorise his work accurately.

He is now able to do his homework without me helping him. He can read very well lately — he is reading magazines and newspapers and can explain what he has read. He does his mathematics work on his own, without my help. All his mathematics and English tests and exam results are proof of his major improvement since joining Edublox. Lately he surprised me by writing an advertisement (for English creative writing) without anyone’s help. He is now very enthusiastic about all his subjects.

Thabang still has challenges with projects and writing in cursive, but I am busy helping him with that. And he also struggles to use a dictionary.

Nabeel has been doing the Edublox program for just over a year. He is showing an improvement in his concentration and with independence. He mostly manages to complete his school work without any help.

He scored two distinctions in the third term. His Social Science mark was 82% and Life Skills 85%. Natural Science was also a good mark of 75%. Nabeel’s overall percentage was 69%. Nabeel is enjoying school and is happy to go everyday. He no longer dreads the classroom and is eager to come home and share all the new information that he has learnt. Although we still have some skills to master, there is an improvement and we as Nabeel’s parents are forever grateful to Edublox for helping Nabeel to overcome many barriers. We are also thankful to Monique and her team for all their efforts.

Sinah Makgatho One of many parents