The Brain Is Plastic. And That Is Good News 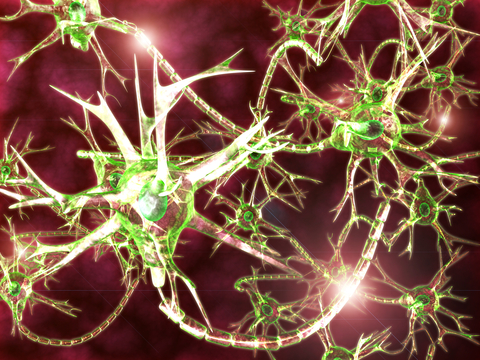 Your son may be dyslexic, your daughter may have ADHD. Until quite recently these problems were regarded as devastating, but fortunately this is no longer the case. Today we know that the human brain is plastic — that it can change. And that is good news for your children.

For many years people thought that the brain cannot change, let alone improve. People were told that when there was something wrong with a person’s brain, it could not be fixed. Scientists firmly believed that each person was born with a certain number of brain cells and if any of them were injured, there was no way to reverse the damage. Problems like dyslexia and ADHD, which are linked to the brain, were therefore regarded as beyond cure.

New connections can form and the internal structure of the existing synapses can change. New neurons, also called nerve cells, are constantly being born, particularly in the learning and memory centres. In fact, approximately 700 new neurons are daily being formed in each half of the brain. Neurons die each day too, keeping the overall number more or less balanced, with a slow loss of cells as we age. A person who becomes an expert in a specific domain, will have growth in the areas of the brain that are involved with his/her particular skill.

Our understanding of the changes that take place in the brain has its roots in animal brain research that was conducted in the fifties. Scholars designed a study in which rodents were raised in two different environments. The one group of rodents received brain stimulation, whereas the other group received no stimulation at all. Autopsy results of the two groups showed significant differences: the brains of the rodents that had received stimulation had a larger cortex, more cellular connections and evidence of new cell formation.

Whereas the results of this experiment showed that a stimulating environment has a significant effect on the development of the animal brain, the question remained as to whether the same would be true for humans. In a landmark study in 1998 it was found that the human brain has the ability to develop new brain cells and many studies followed, proving that the brain can change, be transformed, or to put is more scholarly, the brain actually has plasticity.

Plasticity of the human brain proven

► In 2000 it was discovered that London taxi drivers have larger hippocampi than London bus drivers. The hippocampus is that part of the brain that looks almost like a sea horse and is involved in learning routes and spatial representations. It was found that the size of the hippocampus changed in relation to the time spent as a taxi driver, suggesting that driving taxis may develop and change the hippocampus. The hippocampi of bus drivers, on the other hand, did not show the same development, because they were not required to learn and know as many different routes as the taxi drivers.

► Neurologist Arne May and colleagues at the University of Regensburg asked 12 people in their early twenties, most of them women, to learn a classic three-ball juggling act over three months until they could give at least a one-minute juggling performance. When this group was compared to another 12 people who did not learn the trick, the jugglers showed a significant increase in grey matter in brain area V5.

► Plasticity can also be seen in the brains of people who are bilingual: the left inferior parietal cortex in the brain of the bilingual person is larger than that of the person who only knows one language.

► Draganski and colleagues showed that extensive learning of abstract information can also trigger changes in the brain. They compared brain scans of medical students three months before their exams and again directly after their exams, with those of students who were not studying during that time. The medical students’ brains showed changes in the areas involved in memory and learning.

Considering the aforementioned research findings the message is clear: there is really no reason why we should accept out-of-date theories about the human brain. The human brain is a powerhouse; the human brain has put a man on the moon, created the silicone chip that can do billions of calculations per second, invented red, yellow and green lights to control millions of people in traffic everyday and, believe it or not, found ways to see what goes on inside itself. The human brain itself tells us that it is most certainly capable of overcoming learning obstacles like dyslexia and ADHD.