There Are Ways to Beat Dyslexia 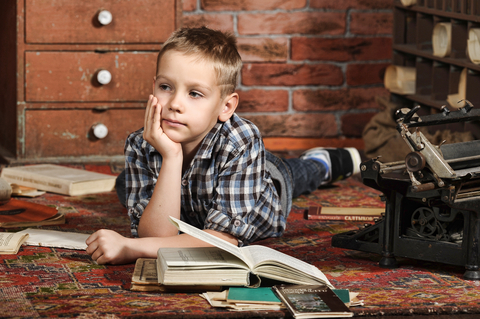 This article appeared in the Pretoria News in South Africa on 27 October 2004:

Reading and learning work hand in hard and are the two things that determine a child’s school career. Poor reading skills result in poor learning skills. This has become a reality for an alarming number of children.

Dyslexia is a word often used to refer to people who have reading problems and for children with dyslexia, going to school can be a nightmare.

The word dyslexia means “difficulty with words or language”, and is frequently used to refer to a child or adult who seems much brighter than what his reading and written work suggest.

According to Dr Jan Strydom, an educationalist who specializes in helping patients with dyslexia, there are many misconceptions about the condition. The most important of these is that it is generally regarded as a medical problem, which it is not.

Strydom said the term dyslexia was used to describe a severe reading disability, but there had been little agreement in literature or in practice about the specific distinguishing characteristics that differentiate dyslexia from other reading problems.

There are many ways in which dyslexia affects children, as they may suffer from a lot of stress and frustration due to their poor academic achievements at school. This, in turn, can lead to them being reluctant to go to school.

Cheating, stealing and experimenting with drugs can also occur when children regard themselves as failures.

There are many theories as to the cause of dyslexia, ranging from brain dysfunction through to uncoordinated left/right hemispheres, to imbalance of the inner ear. Treatments are designed accordingly.

But a more logical explanation for the phenomenon was to be found in the principle that learning is a stratified process, said Strydom.

He said a sequence had to be observed in teaching. Certain things had to be taught first before it became possible to teach other things. “One cannot send a child to university first. He must start in the first class and then progress year after year to the higher levels of education.

“A classic example of a situation of a child with dyslexia would be trying to teach a child who has not yet learned to count how to add and subtract. This would be quite impossible and no amount of effort would ever succeed in teaching the child these skills.

“This also applies to reading. There are certain skills and knowledge that a child must have acquired first before it becomes possible for the child to benefit from a course in reading.”

One can overcome dyslexia through many therapeutic resources, but the main programme that has helped thousands of people across the world is the Audiblox programme.

This programme is a system of cognitive exercises, aimed at the development of the skills basic to reading, writing and maths.

Audiblox is aimed at the development and automatisation of the basic skills of reading, spelling and writing that must be taught first before it becomes possible to learn to read, spell, and write.

Although there are many programmes designed to improve reading and spelling, they are said to only work if the child’s language is on a par and if the basic reading and writing skills have been automatised.

Strydom said: “When I have to help adults who have reading problems I usually recommend that they use a combination of learning methods.”