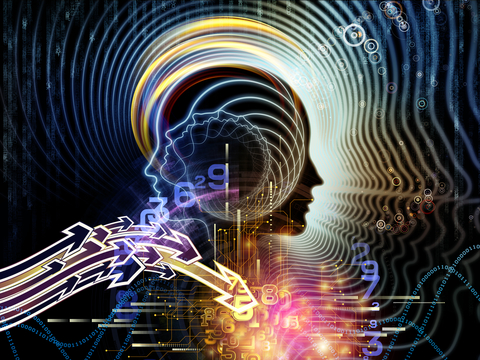 Memory is the retention of information over time. Although the word memory may conjure up an image of a singular, “all-or-none” process, it is clear that there are actually many kinds of memory, each of which may be somewhat independent of the others.

One way to describe memory is by reference to the form it takes, that is, the different ways memory may be assessed: recall, recognition, and paired associates.

The most popularly studied kind of memory is recall. Recollection of a telephone number you have just heard, a list of items you are to purchase at the store, or a list of dates you learned in history class are all examples of recall.

A second type of memory is recognition, which is generally easier than recall, for example a history teacher gives four dates and learners are to choose the one that goes with the specific historical event.

People often underestimate just how powerful their recognition memory is. Roger Shepard showed hundreds of photographs of faces to adults and later presented them with a recognition problem: they were to identify which face in a pair they had previously seen in his collection. With literally hundreds of such test pairs, recognition accuracy was between 90 and 100 percent for most subjects.

Another kind of memory is called paired associates. It is a person’s ability to memorise a list of paired items, such as pictures and names, common objects and nonsense syllables, or words and corresponding visual scenes.

Memory as the flow of information

One prominent view conceives of memory as the flow of information through the mind. In a number of statements about this view, three broad stages of information processing can be distinguished. First, there is the sensory register, a very short-term sensory memory of the event. At the second level is a short-term, or working memory.

Roughly speaking, the sensory register concerns memories that last no more than about a second. If a line of print were flashed at you very rapidly, say, for one-tenth of a second, all the letters you can visualise for a brief moment after that presentation constitute the sensory register. This visualization disappears after a second.

Long-term memory lasts from a minute or so to weeks or even years. From long-term memory you can recall general information about the world that you learned on previous occasions, memory for specific past experiences, specific rules previously learned, and the like.

Our senses are involved too

Various researchers have stated that as much as 80 percent of all learning takes place through the eye with visual memory existing as a crucial aspect of learning.

Most learning-disabled students have serious deficiencies in the area of visual memory, states Addie Cusimano in her book Learning Disabilities: There is a Cure. “Children who have not developed their visual memory skills cannot readily reproduce a sequence of visual stimuli. They frequently experience difficulty in remembering the overall visual appearance of words or the letter sequence of words for reading and spelling. They may remember the letters of a word but often cannot remember their order, or they may know the initial letter and configuration of the word without having absorbed the details, that is, the subsequent letters of the word. As a result, these students fail to develop a good sight vocabulary and frequently experience serious writing and spelling difficulties.”

A weakness in auditory memory can have also have consequences in the realm of learning for students, says Cusimano.

Auditory memory involves being able to take in information that is presented orally, to process that information, store it in one’s mind and then recall what one has heard. Basically, it involves the skills of attending, listening, processing, storing, and recalling. Because students with auditory memory weaknesses pick up only bits and pieces of what is being said during a classroom lecture, they make sense of only little of what is said by the teacher. Afterwards they are able to recall only a small amount or none of what was said.

Students with auditory memory deficiencies will often experience difficulty developing a good understanding of words, remembering terms and information that has been presented orally, for example, in history and science classes.

These students will also experience difficulty processing and recalling information that they have read to themselves. When we read we must listen and process information we say to ourselves, even when we read silently. If we do not attend and listen to our silent input of words, we cannot process the information or recall what we have read. Therefore, even silent reading involves a form of listening, says Cusimano.

Many learners with reading difficulties have poor visual sequential memory, i.e. a poor ability to perceive things in sequence and then remember the sequence. Naturally this will affect their ability to read and spell correctly. After all, every word consists of letters in a specific sequence. In order to read one has to perceive the letters in sequence, and also remember what word is represented by that sequence of letters. By simply changing the sequence of the letters in name, it can become mean or amen.

Some also have poor auditory sequential memory, and therefore may be unable to repeat longer words orally without getting the syllables in the wrong order, for example words like preliminary and statistical.