Is Dyslexia Really a Gift? 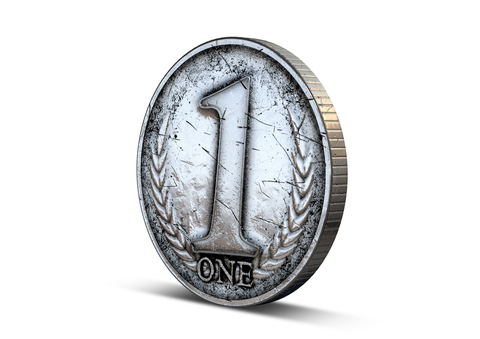 Albert Einstein, Thomas Edison, Auguste Rodin, George Patton, and Woodrow Wilson were apparently dyslexic. Dyslexia is therefore considered as a sign of genius. Is this true, or is there perhaps another side to the dyslexia coin that is being overlooked?

The term dyslexia was introduced in 1884 by the German ophthalmologist, R. Berlin. He coined it from the Greek words dys meaning ill or difficult and lexis meaning word, and used it to describe a specific disturbance of reading in the absence of pathological conditions in the visual organs. In a later publication, in 1887, Berlin stated that dyslexia, “presuming right handedness,” is caused by a left-sided cerebral lesion. He spoke of “word-blindness” and detailed his observations with six patients with brain lesions who had full command over verbal communications but had lost the ability to read.

In the century to follow the narrow definition Berlin attached to the term dyslexia would broaden. By the mid-1970s it was describing a condition of epidemic proportions.

Although there is a large number of other “disabilities” to be found within the LD field, a reading disability — or dyslexia — remains the most common. Estimates of learning-disabled students being dyslexic vary between 70 and 85 percent. Some experts are of the opinion that this percentage is even higher, so much so that labelling a child as learning disabled is understood to include a reading disability. If one evaluates the importance of reading in the learning situation, this opinion probably comes close to the truth. Reading is regarded as the most important skill that a child must acquire at school, because one must learn to read in order to be able to read to learn. The implication of this is that the child who is a poor reader will usually also be a poor learner.

The affliction of the geniuses

Soon after the birth of the LD field in the 1960s, in an attempt to generate public awareness of the condition, advocacy groups have perpetuated the belief that a host of famous individuals such as Albert Einstein, Thomas Edison, Auguste Rodin, George Patton, and Woodrow Wilson were dyslexic. According to Ron Davis, author of The Gift of Dyslexia, dyslexia is a gift, and their genius didn’t occur in spite of their dyslexia, but because of it.

The myth — the “affliction of the geniuses” — continues to be spread despite the fact that knowledge of the definition of dyslexia and the reading of any standard biographies would immediately reveal the inaccuracy of many such claims. For example, as Coles points out in his book The Learning Mystique, Einstein’s reading of Kant and Darwin at age thirteen is hardly representative of individuals who are currently labelled dyslexic. As Coles also points out, Edison was not learning until the age of eight and a half because he was a sickly child. Although he did have problems when he finally went to school, these problems were a result of his social behaviour, not his mental abilities. The problem was not that Tom Edison was a poor reader but that he became annoyed with having to share the text with other children. Tom, “a rapid reader, had no patience with his classmates.”

Although it is true that some people are successful in life in spite of their dyslexia, unfortunately many LD stories don’t turn out so well.

In modern Western society, as it happens to be, mastery of basic academic skills — reading, writing and arithmetic — is a necessary prerequisite for success in both school and employment settings and society at large. The seriousness of learning and reading disabilities is therefore hard to exaggerate. Unless the child’s problem is dealt with in an adequate manner, what awaits him outside the school gates is probably nothing but a hopeless future. Zigmond and Thornton state in their article, “The future of learning disabilities”:

The figures on the salary check, however, might not be the only concern. People who cannot read can also not read instructions on a bottle of prescription medicine, look up numbers in a telephone directory, or read the menu in a restaurant. Being unable to read traffic signs and street names, or maps on long journeys, they cannot travel freely. They cannot read the letters that their children bring home from their teachers or help them with homework. They cannot write to friends or read for pleasure. In fact, they are severely isolated in a reading world.

Choice, in all its facets, is diminished in the life of the reading-disabled person. If he votes, he is forced to cast a vote of questionable worth. Being unable to read important information in print, he can’t make an informed decision. He would probably vote for a face, a smile, or a style, not for a mind or character or body of beliefs. Even the printed TV schedule, which provides people with the luxury of preselection, does not belong to the arsenal of options in the life of a non-abled reader. One consequence is that the viewer watches only what appears at moments when he happens to have time to turn on the switch. A lot more common is that the TV set remains in operation night and day. Whatever programme is offered at the hour when he walks into the room will be the nutriment that he accepts and swallows.

Learning or reading disabilities can have destructive emotional effects. Persistent learning failure leads to anguish, embarrassment and frustration. “There is something terrifying about sitting at the back of the class and having somebody ask you questions which you know you will never be able to answer,” an adult dyslexic told British actress Susan Hampshire, who is also dyslexic.

In describing his feelings about growing up with a learning disability, Nelson Rockefeller, who served as vice president of the United States and governor of the state of New York, recalled:

For some the humiliation becomes too much. In one study, Peck found that over 50 percent of all suicides under age fifteen in Los Angeles County had been previously diagnosed as having learning disabilities. The actual percentage of youngsters labelled “learning disabled” in most school districts in the United States is below five percent; therefore, it seems clear that youngsters with learning disabilities constitute a disproportionately large percentage of adolescent suicides compared with the general adolescent population.

Behaviour problems resulting from their negative experiences are not uncommon in LD youngsters. The strain and the frustration of underachieving can cause them to be reluctant to go to school, to throw temper tantrums before school or in some cases to play truant. Cheating, stealing and experimenting with drugs can also result when children regard themselves as failures.

Learning disabilities can destroy lives. To get a really disturbing sense of this, we need only to look at the estimates of the learning disabled among juvenile delinquents.” Results from a study in the USA by the National Center for State Courts demonstrated that youths with LD were 200 percent more likely to be arrested than non-disabled peers for comparable offences. According to the US Department of Education 60 percent of America’s prison inmates are illiterate and 85 percent of all juvenile offenders have reading problems.

Bob Turney is a dyslexic who turned to crime because he thought he was thick. At primary school, he sat at the back of the class looking at picture books and did not have a clue what the teachers were talking about. When they said that he was stupid, he believed them; and when they treated him as disruptive, uncooperative and lazy, he behaved accordingly. He left school at fifteen, barely able to write his own name, got involved in his first burglary, and spent the next eighteen years in and out of prison.

For the sake of Bob, and all the other children who suffer as a result of dyslexia, it has become time to defeat the myths and to eradicate this problem. As Richardson states so succinctly: