What Is Automaticity? Why Is It Important for Reading and Learning? 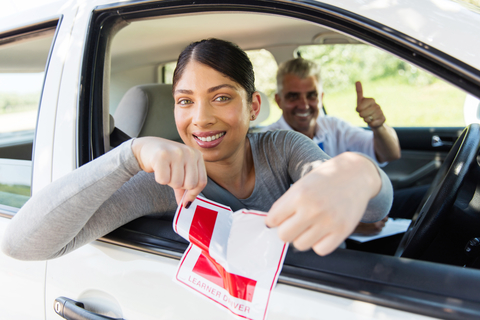 Acquisition of a new skill is generally associated with a decrease in the need for effortful control over performance, leading to the development of automaticity. Automaticity by definition has been achieved when performance of a primary task is minimally affected by other ongoing tasks. People often refer to automaticity by saying they can do the task “on auto-pilot” or “in my sleep”.

Examples of automaticity are common activities such as walking, speaking, bicycle riding, and driving a car. Try to remember your first few driving lessons. How hard you had to concentrate on what to do when to prevent the car from wrapping itself around the nearest tree! You had to think about when to use the mirror, where the indicator is, how to coordinate your feet with your hands when changing gear, what’s happening on the road and so on. But the more you practiced, the more automatic your driving became, until you could eventually drive without thinking about it. In fact, while driving, your mind is now probably on something else most of the time, like talking to the other people in the car, or listening to the radio, or looking at the scenery outside.

Why is automaticity necessary?

Any person, who speaks a language that he knows well, does not concentrate on vocabulary, or on sentence structure, or on grammar. His mind is focused on what he wants to say. As explained in the Journal of Learning Disabilities, “if the skill on the primary task is automatized, it will not be disrupted by concurrent processing on the secondary task because automatic processing does not take up attentional resources.”

If, on the contrary, the skill is not automatized, it will be disrupted by concurrent processing of a second skill because two skills are then competing for limited attentional resources. Therefore, when a person attempts to speak a language in which he has not become automatic yet, he will necessarily have to divide his attention between the content of his message and the language itself. He will therefore speak haltingly and with great difficulty.

This also applies to the act of reading. The person, in whom the foundational skills of reading (for example, visual discrimination of position in space and visual discrimination of forms) have not yet become automatic, will read haltingly and with great difficulty. The poor reader is forced to apply all his concentration to word recognition, and therefore has “no concentration left” for content, and as a result he will not be able to read with comprehension.

Studies show that the brain is a limited-control processor that isn’t capable of efficiently managing both fixed knowledge processing and higher-order reasoning simultaneously.

How is automaticity accomplished?

It is usually the result of learning, repetition, and practice. The main process by which we develop automaticity is called overlearning (also called overtraining). Overlearning is a pedagogical concept according to which newly acquired skills should be practiced well beyond the point of initial mastery, leading to automaticity.

Overlearning is a frequently used tool by people who make speeches, or who must perform in any way to an audience.

A violinist, for example, doesn’t stop learning a piece he or she will perform once it’s initially mastered. The violinist instead keeps practicing that piece so that it is automatic and there is little possibility of forgetting it when performing in front of a large crowd. Similarly, actors, dancers, and other musicians may calm the jitters by overlearning their parts, and may actually improve their performance by continuing to practise beyond initial memorisation of lines, steps or moves, or musical notes.