Coming to Grips with Problems of Dyslexia 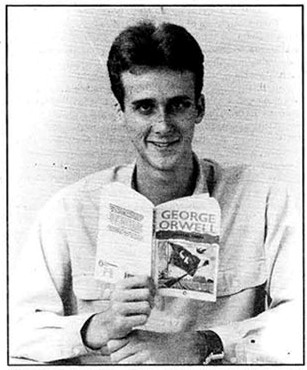 This article appeared in The Namibian on 1 July 1991:

For the young man who wrote this job application – ‘Heardy I aply for any position in your cumpany. I am nineteen years of age and hav now compleeted stanbarb eigt. I am interristed in people and a motivateb person. I don’t have any work ecsperience dut I am willing to lern’ ― dyslexia is an all important issue.

His job application would probably be discarded immediately, and he would be assumed to be of below-average intelligence.

But according to information made available by the Centre for Dyslexia at the Technikon Pretoria, which has developed a course for people suffering from dyslexia, the assumption would be wrong.

The writer in question has scored higher than average in intelligence tests but dyslexia limits his ability to read and spell correctly. While experts wrangle over the definition and nature of dyslexia, the problem is on the increase and receiving hardly any official attention.

A report written by Kelly Howard and Susan du Plessis of the Technikon describes the psychological effects of the problem. “Because they cannot cope in school and in the labour market, they become people with intense feelings of inferiority and inadequacy. More and more children seem to prefer even such drastic measures as suicide as a way out of their unhappy experience at school,” they claim.

In South Africa, the Centre for Dyslexia now offers help to dyslexic children and adults, running workshops for parents countrywide. The workshops are based on 14 years of intensive research by Dr Jan Strydom.

His argument is that there are “skills which form the basis or foundation of skills like reading and spelling. If a child has not adequately mastered the foundation skills of reading, he will be doomed to remain a poor reader.”

A workshop for parents of dyslexic children will be held in Windhoek next month on Saturday, July 20. Parents whose children have reading and spelling problems can contact the Centre for Dyslexia at (012) 326 ……. or Mrs Swanepoel in Windhoek at (061) …… for further information.