Help, My Child Has Dyslexia (Part 5) 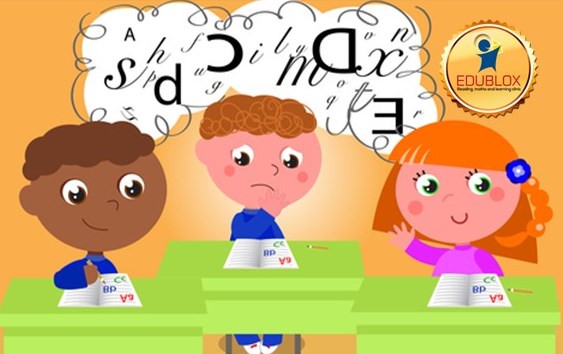 No one can ever prepare a parent for two things: the immeasurable love that comes with having a child; and the sorrow and confusion that comes when your child appears to learn in a different way from other children. Knowing that literacy is key to success in both school and employment settings and society at large, can fill a parent with fear. Parents will often try to teach their children by forcing them to sit down and repeat over and over words and letters, without seeing positive results. Then, finally understanding that your child has a real problem, and that they are not “dumb” or “lazy”, can be a great relief.

A real problem it is, but fortunately there is hope for dyslexia, once we understand that learning is a step-by-step process. Children need to learn certain skills first, before it becomes possible for them to master subsequent, more complex skills.

In Part 4 of this series we investigated the role of language, attention, visual and auditory processing and visual memory play in reading and spelling. In our fifth and last column we’ll explore auditory, sequential, iconic, short-term, long-term and working memory, as well as logical thinking.

Auditory memory involves being able to take in information that is presented orally, to process that information, store it in one’s mind and then recall what one has heard.

A poor auditory short-term memory is often the cause of a child’s inability to learn to read using the phonics method, says Cyndi Ringoen, a neurodevelopmentalist. “Phonics is an auditory learning system, and it is imperative to have a sufficient auditory short-term memory in order to learn, utilise and understand reading using the phonics method,” she says.

Since every word consists of letters in a specific sequence, sequential memory is of great importance in the reading process. In order to read one has to perceive the letters in sequence, and also remember what word is represented by that sequence of letters. By simply changing the sequence of the letters in name, it can become mean or amen.

Another study, published in the Archives of Clinical Neuropsychology, compared 24 readers with auditory dyslexia and 21 with visual dyslexia to 90 control group participants and revealed auditory sequential memory impairments for both types of readers with dyslexia, and multiple strengths for good readers.

If a line of print were flashed at you very rapidly, say, for one-tenth of a second, all the letters you can visualise for a brief moment after that presentation constitute your iconic memory. Your iconic memory, together with your ability to discriminate between foreground and background, determines your eye-span. Eye-span is the number of letters of words you take in at a glance.

When a person reads his eyes do not move continuously along a line of text, but engage in a series of rapid movements (saccades) with intermittent short stops (fixations). The more often the eyes have to pause for fixations, the slower the reading speed will be. Regressions occur when the eyes move towards the left to look again at words which have already been covered.

While most studies in the dyslexia field focus on short-term memory, i.e. the capacity for holding a small amount of information in mind in an active, readily available state for a short period of time, research has shown that dyslexics also suffer from poor long-term memory.

A study, published in Dyslexia, compared performances of 60 dyslexic children to that of 65 age-matched normal readers on verbal, visual-spatial and visual-object tasks. Results documented a generalised impairment of long-term memory capacities in dyslexic children and the results did not vary as a function of children’s age.

The term working memory was coined in the 1970s by two researchers named Baddeley and Hitch, referring to the ability to temporarily hold several facts or thoughts in memory while solving a problem or performing a task. You use this work space in your brain when mentally adding or subtracting two or more numbers.

A study, led by psychologist Merav Ahissar, tested 52 musicians of which 24 are dyslexic and 28 who are not dyslexic, and compared the performance of the two groups in a variety of auditory tests.

On most tests of auditory perception, the dyslexic musicians scored as well as their non-dyslexic counterparts, and better than the general population. Where they performed much worse was on tests of auditory working memory, including memory for rhythm, melody and speech sounds. Moreover, these abilities were inter-correlated, and highly correlated with their reading accuracy, which means that the dyslexic musicians with the poorest working memory tended to have the lowest reading accuracy. Those with better working memory tended to be more accurate.

An important and consistent finding is that working memory problems interfere with reading comprehension. Reading is a complex skill that requires the simultaneous activation of many different brain processes.

Logical thinking is the process in which one uses reasoning consistently to come to a conclusion. Problems or situations that involve logical thinking call for structure, for relationships between facts, and for chains of reasoning that “make sense”.

The skill of logical thinking gives readers the ability to make inferences, which involves using what you know to make a guess about what you don’t know, or reading between the lines. Readers who make inferences use the clues in the text along with their own experiences to help them figure out what is not directly said.

The brain is plastic, meaning it can change. Dyslexia is not caused by a permanent disorder in the brain, but by the building blocks that precede reading and spelling, that have not been properly developed and mastered. These building blocks include language, attention, processing, memory and logical thinking.

Without application the acquisition of these building blocks will of course mean nothing. Therefore, a child still needs to be taught to read and spell, while mastering these cognitive constructs.