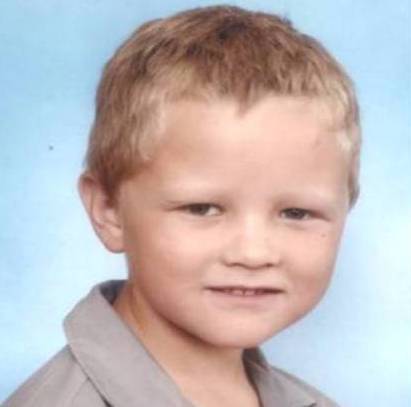 If the end of the academic year brings with it concerns about your child’s poor performance and disappointing exam results, know that you are not alone. Many parents are scratching their heads in despondency having watched their child struggle through the year only to end up with a poor report at the end of it. Good news for these parents is that many learners, even those that are doing very poorly at school, can be helped to improve their grades and their school performance dramatically through the correct interventions.

Branden Brooks is a prime example of a learner who seemed to have no hope of achieving academic success; to such a degree that his school even suggested he be sent to a special needs school. Yet within a year Branden had progressed from a child who was failing the year to a child achieving between a 60 – 80% average!

In Grade R and Grade 1 Branden displayed no problems but by the age of eight he was being teased at school because he could not read or spell, his handwriting was terrible and he had very little confidence in himself. Branden did not want to attend school anymore. He became rebellious and told his mother that he wished he was dead so that he would not have to struggle or be mocked anymore.

“To hear my son utter those words was heart-breaking for me as a parent,” says Branden’s mom, Annemarie Brooks. “We put Branden on Ritalin and he received a pair of spectacles that had been recommended by his school. He was also put into a special aid class at the school. But at the end of the year we were called in and told that Branden was still doing very poorly at school. His ‘b’s’ and ‘d’s’ were being swapped around, he couldn’t spell at all and he could not distinguish his left from his right. His concentration was very poor and as such he was frequently being scolded by the teachers.”

Branden had been tested by the school psychologist and the results were shocking. All his scores were far below average. The psychologist diagnosed him with dyslexia and recommended that he be transferred to a special needs school. Annemarie did not want to send her son to a special school and did extensive research to try and find an alternative.

“In my search for solutions for Branden I came across Edublox and set up an appointment with Susan du Plessis at the Edublox centre in Pretoria,” says Annemarie. “After testing Branden, Susan told me that Branden’s case was one of the worst cases of dyslexia she had ever seen and that we should not expect miracles,” Annemarie explains.

As Branden was required to repeat the same grade the following year, his parents decided to take him out of his current school and put him in a school where no one knew him. He then went through an extensive two week program with Edublox before commencing his usual school classes and attending Edublox classes twice per week after school.

“It was not long before we started experiencing ‘miracles’,” smiles Annemarie. “Branden started to excel, so much so that he even asked to go back to his old school. His confidence increased and he became quite the achiever. By the end of the year his report showed only 5’s and 6’s (between 60 and 80%) and Branden was promoted to Grade 3.”

“I will never forget how Susan told us not to expect miracles but that they would be able to help him. In less than three months Branden improved so much that it changed his life. I am terrifically grateful to Susan and personnel at Edublox,” Annemarie concludes.

Parents that are concerned by their child’s grades and learning abilities are encouraged to contact an Edublox centre for an assessment.