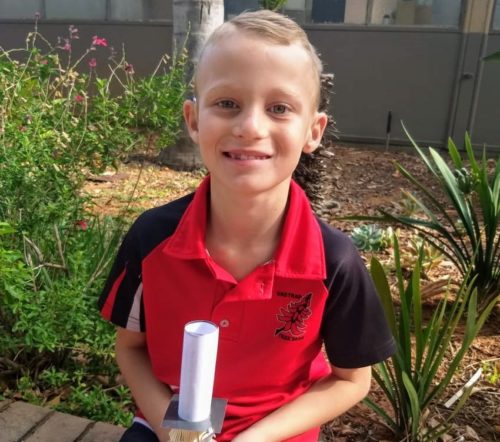 Robert has 100% hearing loss in his right ear and more or less 30% hearing loss in his left ear. We only discovered and confirmed this in July 2017, when he was already 5 years old. None of his pre-school teachers ever suspected anything either, because Robert always kept up with the rest of his class, which lead us to believe that there was nothing wrong with his intelligence.

During his grade R year, Robert was also diagnosed with ADHD. By then we had realised that he was behind the other learners of his age, for which he received speech therapy. However, since they don’t really receive report cards in grade R, we did not have a good idea as to where he was standing academically.

Robert was enrolled as a grade 1 learner in January 2019. After receiving his report card for the first quarter, in March, we realised that our son was in desperate need of help with his school work. His scores were all way below the grade average.

After seeing his answers in the school’s March assessment, I started to believe that Robert was dyslexic. I was devastated – literally in tears! But I decided to face the facts and seek help. As I began to read up about dyslexia, I came across an article on the condition on Edublox’s website. The organisation and what they did intrigued me and I contacted Janine at the Rustenburg branch to arrange to have Robert assessed. After his assessment in April 2019, Robert was enrolled as an Edublox learner and we hired a retired teacher to help him with his homework.

We also took him to see a neurological paediatrician in May this year, who suggested that Robert has to spell 30 words a day, 365 days a year, in order to improve his spelling. But we soon realised that with all the homework, Edublox and sports, there simply is not enough time in a normal school day to spell 30 words a day, so we only stuck to the homework and Edublox.

The results were unbelievable. Robert’s reading and spelling have improved to a level that we would not have believed were possible at the beginning of this year. His marks for all subjects improved – in some instances with up to 20%.

Robert used to find it difficult to write three-word-sentences. They have a system in class whereby his teacher sends the learners in her class to a grade 2 teacher’s class to go and “show off” if they have written an exceptionally good sentence in class. During the month of October 2019, Robert was chosen twice to go and “show off” his sentences! As a result of this, his self-esteem also improved. He went from the boy in his class who was always battling to do the tasks that all the other kids could do with ease, to an “academic certificate winner” at the prize giving ceremony of his school early in November 2019. Although his certificate is not on the same level as those of the top-learners in his grade, he now believes that, with hard work, he can also get to their level one day.

We have never taken him to be tested for dyslexia, and we never did the “30-words-a-day” spelling exercise.

Robert still has to do more reading and spelling than other kids in his class in order to keep up with the class and he has difficulties with his second language, but we believe that this will also improve with time and hard work.

We cannot thank Janine Gottsch and her team at Edublox enough for the help that they have given Robert! 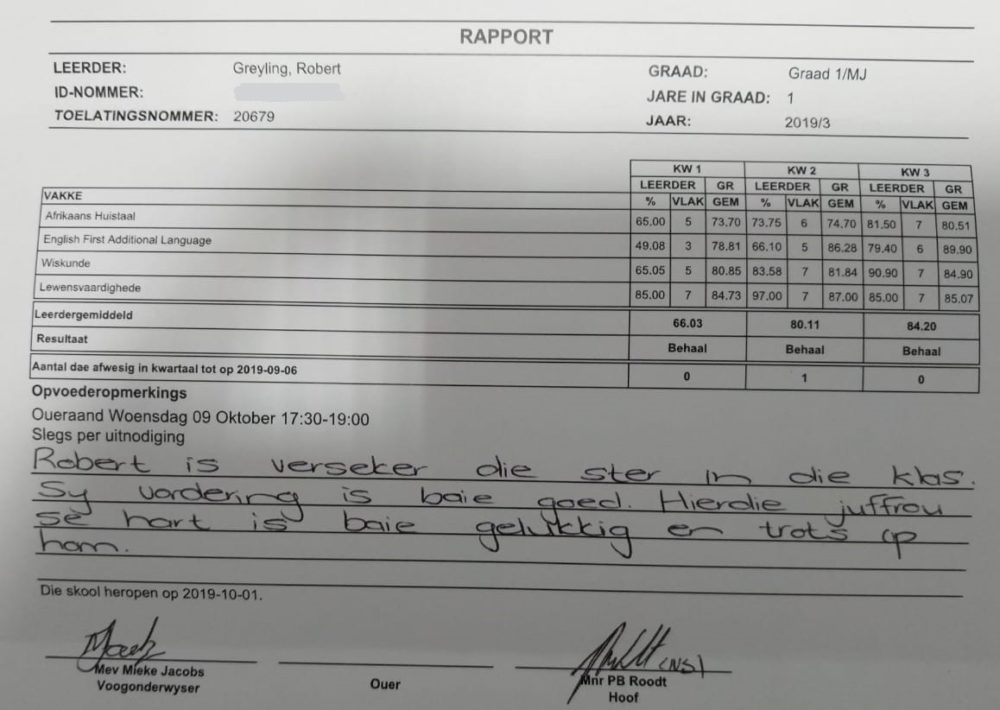