Is That a b or a d? Why Learners Reverse Letters or Words 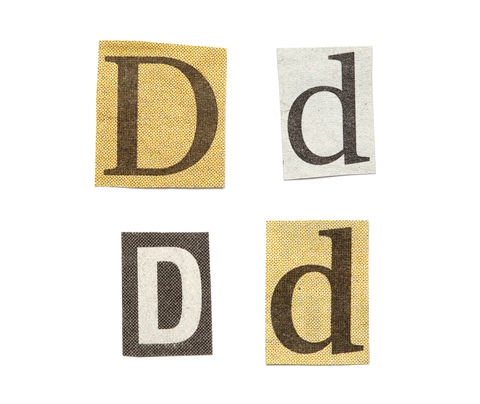 When learning to read, children may mistake certain letters for other similar ones, especially those that can be reversed or appear the same when seen in a mirror. The child may read “dog” as “bog” or look at the written word “was” and read it as “saw”. These sorts of errors are called “reversals” or “mirror writing,” and while some children “outgrow” this problem, others don’t.

Reversals and mirror writing are the results of a perceptual deficit. Before one can learn anything, perception must take place, i.e. one has to become aware through one of the senses. Usually one must hear or see it; subsequently one has to interpret whatever one has seen or heard. Therefore, in essence, perception means interpretation. Of course, lack of experience may cause a person to misinterpret what he has seen or heard.

In other words, perception represents our apprehension of a present situation in terms of our past experiences, or, as stated by the philosopher Immanuel Kant (1724-1804): “We see things not as they are but as we are.”

The following situation illustrates how perception correlates with previous experience:

Suppose a person parks his car and walks away from it while continuing to look back at it. As he moves further and further away from his car, it will appear to him as if his car is gradually becoming smaller and smaller. However, in such a situation, none of us would gasp in horror and cry out, “My car is shrinking!”

Although the sensory image of the car is shrinking rapidly, we do not interpret that the car is changing size. Through past experiences we have learned that objects do not grow or shrink as we walk toward or away from them. We have learned that their actual size remains constant, despite the illusion. Even when one is five blocks away from one’s car and it seems no larger than one’s fingernail, one’s interpretation would be that it is still one’s car and that it hasn’t actually changed size. This learned perception is known as size constancy.

The human body consists of two halves: a left side and a right side. The human brain also has two halves, which are connected by the corpus callosum. Mindful of the wise words of Immanuel Kant that man does not see things as they are but as he is, it is inevitable that a person will interpret everything in terms of his own sidedness. A child or an adult, who has not yet learned to correctly interpret in terms of his sidedness, who has not learned to distinguish properly between left and right, will inevitably experience problems when he finds himself in a situation where he is expected to interpret sidedness.

One such situation in which sidedness plays a particularly important role, is when a person is expected to distinguish between a b and a d. It is clear that the only difference between the two letters is the position of the straight line. It is either left or right.

It is important to note that people who are confused about left and right cannot use mnemonics or memory aids while reading, as is often advised by experts. One recommendation, for example, is that children should remember that “left” is the side on which they wear their watch. This does not work when it comes to improving reading ability. It can be compared to learning a language. One cannot speak a foreign language if one only has a dictionary in that language. One must learn to speak it. In the same way one must learn to interpret sidedness. As with all the other skills foundational to reading, the ability to distinguish between left and right must be reinforced so thoroughly that one can apply it during reading without having to think about it at all.

The role that memory plays in any learning situation should of course not be overlooked. A child (or adult) with a poor memory might be unable to learn the relevant experiences.

[…] backwards. A difficulty with reversals is mainly caused by deficits in interpreting left and right. Learn more… […]