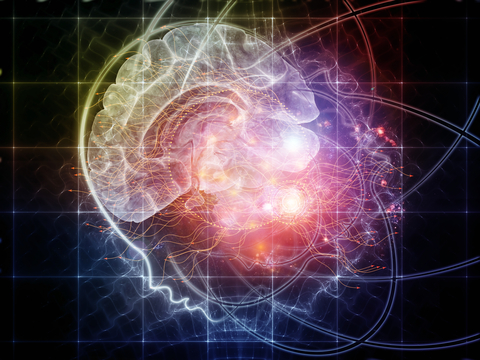 Memory is the retention of information over time. There are many kinds of memory: short-term memory, long-term memory, visual memory and auditory memory, to name but a few. These four kinds of memory are foundational skills of learning and improving them is fundamental towards overcoming learning disabilities.

Short-term memory lasts from a few seconds to a minute; the exact amount of time may vary somewhat. When you are trying to recall a telephone number that was heard a few seconds earlier, the name of a person who has just been introduced, or the substance of the remarks just made by a teacher in class, you are calling on short-term memory, or working memory.

Long-term memory lasts from a minute or so to weeks or even years. From long-term memory you can recall general information about the world that you learned on previous occasions, memory for specific past experiences, specific rules previously learned, and the like.

It is widely accepted that learning-disabled students have poor memories. In their article in the Learning Disabilities Quarterly Scruggs and Mastropieri state, “One of the most commonly described characteristics of learning-disabled students is their failure to remember important information.” The problem with learning disabilities experts, however, is that they view memory as a “fafrotsky” — a word coined by Ivan T. Sanderson, and standing for “Things that…FAll FROm The SKY.”

For centuries it was believed that memory can be improved. The Greeks, and later the Romans, developed some of the most prodigious memories the civilized world has ever seen. Memory was ranked as one of the most important disciplines of oratory, a flourishing art at the time. They lived in an age with no paper, so people couldn’t readily refer to notes. Speeches were committed to memory; lawyers depended on their memory in court; and poets, whose roles in society was paramount, regularly drew on their enormous powers of recall to recite long passages of verse.

The Greeks in general had a high level of literacy. Important texts were recorded on papyrus, and wax tablets were used to teach reading and writing in schools. Nevertheless, their culture remained a predominantly oral one.

While it is still accepted that it is the ability to recall to memory that makes learning possible, it was widely — and falsely — believed, and is still believed by many that biology decides whether a person has a good memory or a bad one, and those who believe that memory can be improved are ridiculed. In his book, Making the Words Stand Still, D. E. Lyman wrote:

However, some modern researchers feel that memory can improve dramatically with training. (They studiously avoid the muscle analogy or the word exercise. Who wants to be laughed at?)

Perhaps that is why the role that memory training can play in preventing and overcoming learning disabilities is grossly underestimated.

Defined in broad terms, a mnemonic is a device, procedure, or operation that is used to improve memory. Defined in narrow terms — and what Scruggs and Mastropieri mean by the word — a mnemonic is a specific reconstruction of target content intended to tie new information more closely to the learner’s existing knowledge base and, therefore, facilitate retrieval.

There are a variety of mnemonic techniques, including keywords, peg-words, acronyms, loci methods, spelling mnemonics, phonetic mnemonics, number-sound mnemonics, and Japanese “Yodai” methods. An example of a spelling mnemonic is to learn the phrase “Because Elephants Can Always Understand Small Elephants” to remember the spelling of the word “because”, or “A Rat In The House May Eat The Ice Cream” to remember the spelling of the word “arithmetic”. There are many variations on the peg-word method, but they are all based on the same general principle. People learn a series of words that serve as “pegs” on which memories can be “hung.” In one popular scheme, the peg-words rhyme with numbers to make the words easy to remember: One is a gun, two is a shoe, three is a tree, four is a door, five is a hive, six is sticks, seven is heaven, eight is a plate, nine is wine, and ten is a hen. To learn the same grocery list, one might associate gun and bread by imagining the gun shooting the bread. Two is a shoe, so one would imagine a milk carton sitting in a giant shoe, and so on. When you need to remember the list of groceries, you simply recall the peg-words associated with each number; the peg-words then serve as retrieval cues for the groceries.

In their research Scruggs and Mastropieri synthesised the results of twenty-four experimental investigations of mnemonic instruction in special education settings. They found that the overall effect size of these combined investigations was 1.62 standard deviation units. According to them this was the highest measure of treatment effectiveness reported at the time. For comparison, Kavale and Forness reviewed previous quantitative syntheses of special education interventions, reporting overall effect sizes ranging from -0.12 to +0.58, for such interventions as reduced class size, special class placement, psycholinguistic training, perceptual-motor training, stimulant and psychotropic drugs, and diet interventions. Also compare Scruggs’ and Mastropieri’s finding with the overall size effect for systematic phonics instruction, reported by the National Reading Panel as 0.32 for learning-disabled children and 0.15 for low-achievers from 2nd to 6th grade.

Scruggs and Mastropieri demonstrate, first of all, that memory can be trained, and second, the importance of memory training in helping learning-disabled children. There are, however, at least two problems in improving memory by means of mnemonic instruction. The first problem is that it overlooks the sequential fashion of learning. Mnemonics instruction is, to a large extent, instruction in memory techniques, which should be taught only after the skill of memory has been learned. It can be compared to a child being taught soccer tactics, such as the “wall pass,” while he has not yet adequately mastered the skill of passing the ball. As stated in Knowabout Soccer, “No matter how good your passing technique, if the quality of your passing is poor, your technique will not be effective.” The second problem is that by teaching the child to use memory crutches, the result is, as Scruggs and Mastropieri acknowledge, “On more complex applications, generalization attempts have been less successful.” If the skill of memory is taught, however, the child can apply it in any situation.