Help, My Child Has Dyslexia (Part 4) 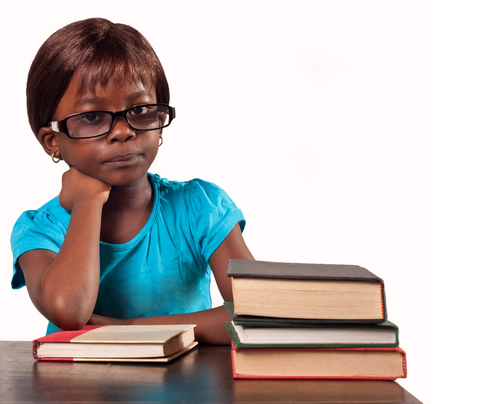 Imagine how a parent feels if, despite doing all the right things – such as buying them lots of children’s books and reading to them every night – their child struggles to learn to read when they start school. It comes as a total surprise in that there is no apparent reason why this should happen. The child seems normal in every respect, they have a wide vocabulary, they have a really good understanding of things explained to them or read to them, and yet they find it hard to get into reading and writing. As time goes on at school the young reader starts to lose confidence and thinks they never will learn to read and write. They may get grumpy, not want to go to school, and avoid reading and writing altogether. This is often the profile of a child with dyslexia.

In the Part 3 we discussed two fundamental principles that make it possible to interpret dyslexia: The first is that there is nothing that any human being knows, or can do, that he has not learned. The second is that human learning does not take place at a single level, but is a stratified process. One skill has to be acquired first, before it becomes possible to acquire subsequent skills. It is like climbing a ladder. If you miss one of the rungs, you fall off.

Language: The first rung of the reading ladder

Unless one has first learned to speak Bahasa Indonesia, there is no way that one would be able to read the above Indonesian sentence.

The second rung is cognitive skills

Attention – or concentration – plays a critical role in learning. Focused attention is the behavioural and cognitive process of selectively concentrating on one aspect of the environment while ignoring other things, while sustained attention refers to the state in which attention must be maintained over time. Both are important foundational skills of reading.

Because attention is so important for reading, ADHD and dyslexia commonly co-occur. Approximately 25 percent of children who are diagnosed with ADHD, a learning difficulty known to affect concentration, are also dyslexic.

The term visual dyslexia or dyseidetic dyslexia is often the used to describe a dyslexic with difficulties in visual processing.

Auditory dyslexia or dysphonetic dyslexia, on the other hand, is the used to describe a dyslexic with difficulties in auditory processing.

Problems with auditory perception generally correspond to those in the visual area and are presented under the following components:

Processing speed can be defined as how long it takes to get stuff done.

Dyslexia is linked to slow processing speed. Researcher Hermundur Sigmundsson and his colleagues at the Norwegian University of Science and Technology in Trondheim gave two simulated driving tests to six dyslexic volunteers and 11 other people. They were shown road signs as they drove on simulated country and city roads at different speeds.

Memory is the retention of information over time. Although the word memory may conjure up an image of a singular, “all-or-none” process, it is clear that there are actually many kinds of memory, each of which may, to some extent, be independent of the other.

Skilled readers can recognize words at lightning fast speed when they read because the word has been placed in a sort of visual dictionary, say Georgetown University Medical Centre (GUMC) neuroscientists. The visual dictionary idea rebuts the theory that our brain “sounds out” words each time we see them.

GUMC researchers tested word recognition in 12 volunteers using fMRI scans. They were able to see that words that are different, but sound the same (like “hare” and “hair”) activate different neurons, akin to accessing different entries in a dictionary’s catalogue. If the sounds of the word had influence in this part of the brain we would expect to see that they activate the same or similar neurons, but this was not the case; ‘hair’ and ‘hare’ looked just as different as ‘hair’ and ‘soup’. This suggests that, once we know a word, we use the visual information of a word and not the sounds, lead author Laurie Glezer, Ph.D. explained.

In Part 5 we’ll discuss auditory, iconic, short-term, long-term and working memory, the other building blocks of reading and spelling.

Help, My Child Has Dyslexia (Part 3)